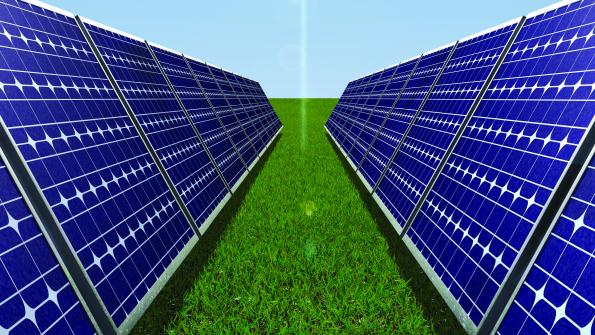 Under a new law, Public Act No. 13-298, agricultural customers of Connecticut Light & Power and United Illuminating will be able to “harvest” solar energy by installing solar panels on farmland. The power generated, up to three megawatts, can be sold to farms, towns and cities, or customers directly connected to the array though a microgrid, according to The Hartford Business Journal.

A three megawatt-sized farm requires about 18 acres of open, non-shaded land, The Hartford Business Journal reports.  The average size of a Connecticut farm is 87 acres, and most have unused space suitable for solar farming.

The price of installing solar panels has fallen in the past few years, according to ThinkProgress. Citing numbers released by the Department of Energy’s Lawrence Berkeley National Laboratory, the price-per-watt of solar hardware fell from 2011 to 2012. In 2012, the median installed price for solar hardware ranged from $5.30 per want for small systems and $4.60 per watt for larger systems.

Solar farming can produce up to three revenue streams for the farmer, according to The Hartford Business Journal. First, the electricity produced can be sold to other locales. Second, the farmer can sell renewable energy credits to local energy utilities. Third, the farmer may be eligible for federal investment tax credits.

Connecticut farmers may also be able to utilize “solar sharing,” where solar panels are placed on active farmland. The Harford Business Journal reports this may be particularly useful for tobacco farmers, whose plants require shading that could be produced by a solar array.

But small-scale operations aren’t the only solar trend in Connecticut. Approved last month, two massive arrays, to be built in East Lyme and Somers, will soon power thousands of homes, according to local TV news source WFSB 3.

The 43-acre East Lyme array, which will be called Greenskies Farm, will be comprised of 16,000 panels and generate enough power to light 6,300 homes, according to the TV station. Project Superintendent Travis Butron estimates the project will be completed by spring.

The 90-acre Somers Solar Center will power around 1,400 homes, according to The Courant. Both arrays were purchased for an undisclosed price by Dominion, one of the nation’s largest energy companies, and power generated at the facilities will be sold to Connecticut Light and Power, as per a 20-year agreement.

Gov. Dannel P. Malloy said in a statement that "support of one of the largest solar installations in our state by Dominion will ensure an overall commitment to closing the gap between the cost of renewable energy and power generated from fossil fuels," The Courant reports.