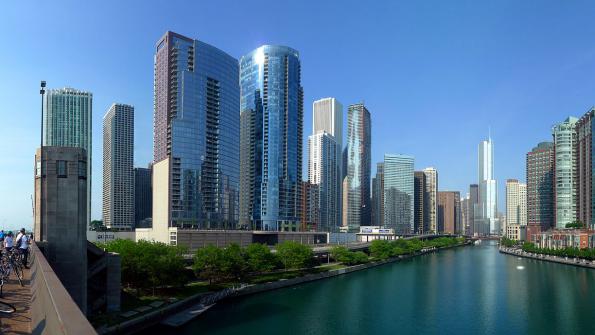 Chicago tax: cloudy with a chance of sunshine for tech startups

A 9 percent tax on cloud-based and streaming services like Netflix has Chicagoans crying foul, but tech startups may receive a break.

It will soon cost 9 percent more for Chicago residents to view Netflix’s “House of Cards” or listen to Spotify’s Ultimate Country playlist.

Earlier this month, the Chicago City Council announced a clarification to two existing taxes – the amusement tax, previously tacked onto ticketed events, and the personal property lease transaction tax– which will call for streaming subscription and pay-per-view services such as Netflix, Amazon Prime and Spotify to collect a 9 percent tax for Chicago customers, according to the Chicago Tribune.

The announcement of the tax clarification has incited ire from residents crying foul over the increased costs of their online entertainment. Chicago’s startup community has also criticized what has been dubbed the ‘Cloud tax' due to its potential to hinder the growth of current or future startups that rely heavily on cloud-based technologies.

The tax has received the most backlash from technology business owners, who base their whole enterprise on cloud-based services. Even outside of the tech industry, National Public Radio reports the cloud tax, which is expected to raise $12 million for Chicago, will also have an impact on general business like real estate. The 9 percent tax will apply to the Multiple Listing Service that many realtors use.

“We see this as akin to taxing a hammer each time you use it when you build a house,” Brian Bernardoni, Chicago Association of Realtors spokesman, told NPR.

For some, the clarification updates the tax to reflect the current digital marketplace. The updated tax code ensures that online businesses are held to the standards of brick-and-mortar businesses, Chicago Ald. Ameya Pawar, 47th, told the Tribune.

"A lot of these online companies, their whole business model seems to be to get around the tax code, and to me that's no business model at all," Pawar said. "This is a step toward trying to correct that situation, and toward making sure the existing code reflects the realities of the marketplace."

In response to the debate, Mayor Rahm Emanuel recently announced changes to the tax that will allow an exemption for startups, based on revenue. Emanuel said, in a statement released last week, that his administration “will be taking measures to provide relief to small businesses so as not to put them at a competitive disadvantage with their peers in other cities. It will take us a month or so to formalize the proposal.”

Members of 1871, a Chicago-based technology incubator, were some of the biggest critics of the 9 percent cloud-based tax, but, in a written statement, the organization applauds the tentative amendment to the tax.

“The Mayor has created an effective solution for our community and reaffirmed his commitment to ensuring that new digital businesses can continue to grow and create jobs throughout Chicago.”

NPR reports that there are still some in Chicago’s technology industry, that wouldn’t qualify for the exemption, considering a legal challenge of the tax on streaming and database services.

"Tax policy is one of those things that not only people in the city of Chicago look at, but people across the country look at," Bernardoni told NPR. "And when we add new taxes, we add another cloud around the city saying this is not a good place to do business."