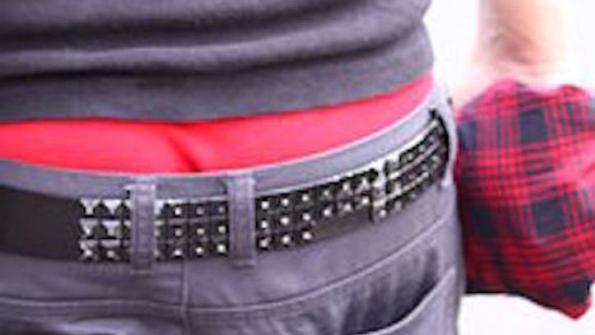 An Alabama city could soon implement a ban on slacking pants, short shorts and miniskirts if two council members get their wish.

City officials in Dadeville, Ala., will soon vote on an ordinance that could ban saggy pants, short shorts and miniskirts.

Councilman Frank Goodman proposed the ban on sagging pants last month, according to the Alabama Media Group. Fellow Councilmember Stephanie Kelley proposed adding attire for women to the ordinance, so that men wouldn’t be “singled out" in a recent council meeting, according to the Alexander City Outlook.

“My concern is it should be for everybody,” Kelley said during a council meeting last week. “I think for the girls, with these shorts up so high looking like under garments and dresses so short, I don’t want us to be showing favoritism.”

In an interview with The Daily Beast, Goodman said he has pushed for a law banning saggy pants since 2008. The introduction of the ordinance was to encourage a sense of self-respect in the individuals who “slack” their pants, Goodman said.

“I think it gives our younger generation the wrong impression of what is cool,” Goodman told The Daily Beast. “I prayed and asked God to show me what I should do, and the way I should go about it. What would God do? Did God go around doing this?”

The issue of de-legalizing garments is not a new one. Several other cities across the country have considered or implemented such laws. Hampton, Ga., city council members voted in the disorderly conduct statute in 2011 that applies to skin and underwear-exposing garments, according to television news station WGCL-TV, CBS-46. The fine for first-time offenders is $50, and the fine jumps to $200 for a second violation.

Other banned saggy pants laws exist in Albany, Ga., and Jefferson Davis Parish, La., according to the Outlook.

The Alabama House of Representatives introduced a bill for Montgomery County on the slacking pants issue in 2012 that would have fined up to $150, but it never became law, according to the Alabama Media Group.

Dadeville's "saggy pants" law has been denounced by some residents as frivolous on Alexander City Outlook's Facebook page.

"I, by no means, like sagging pants, but our police or city leaders should not be in the dress code business. I can name several other issues that they could be focusing on," a Facebook user wrote on the page.

Dadeville’s City Attorney Robin Reynolds expects to have its “saggy pants” ordinance ready for the next council meeting.