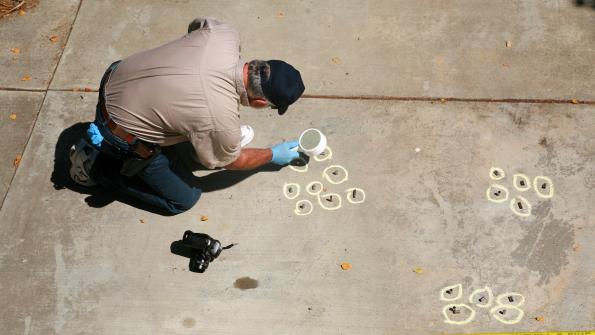 Charlotte-Mecklenburg Police Department (CMPD) will write the ordinance and present “public safety zones” to the City Council’s public safety committee in an effort to combat the rising number of murders, drug dealing and other crimes in some areas of town, according to the Charlotte Observer.

In CMPD’s plan, a person arrested inside the zone would be prohibited from returning, but could appeal within five days on the grounds that the arrestee lives, works or cares for children in the area. If the person is convicted or pleads guilty, he or she would be restricted from the area for up to a year. If the ordinance is approved, Charlotte's police chief would avow which areas would be off-limits to convicts without council's input, according to the newspaper.

Mark Newbold, the police department’s attorney, wrote in a memo to council members that the ordinance has “significant constitutional hurdles” to address. For one, Newbold wrote that courts in other states found that the First and 14th Amendments protect individuals' right to associate. Newbold noted a 2002 Cincinnati case in which the 6th Circuit Court of Appeals found that a woman barred from an exclusion zone legally could visit her grandchildren, who lived near the area of her arrest.

“In the event a court rules that an ordinance affects a fundamental right, then that ordinance will be reviewed with strict scrutiny,” Newbold wrote in the memo.

The zones would be modeled after Charlotte’s prostitution-free zones, which were established in 2005. Those zones, which city council designated, were intended to deter prostitution in certain parts of town, namely the Camp Greene community in the west uptown segment of Charlotte. CMPD conducted a study that revealed in a two-year span, calls concerning the Camp Greene community dropped 35 percent from 534 calls to 350 calls after the prostitution-free zone was passed, according to the newspaper.  However, surrounding areas have seen surges in calls.

The public safety zones would be more of a risk, since the concept bans the basic right of walking down a street, Melissa Owen, an attorney, told NBC-affiliate WCNC.

"It looks like a constitutional nightmare," Owen told the news station."It appears that this proposal being talked about is much broader [than the prostitution ordinance]. In order for it to be constitutional it's going to have to be something narrowly tailored to serve a compelling state interest."