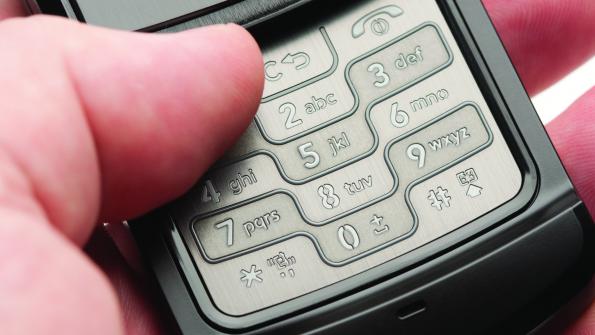 Florida’s new prohibition on texting while driving aims to keep the roads safe, but some worry the legislation's light consequences will result in business as usual.

Florida has become the 41st state to prohibit texting while driving. After five years of political jockeying, Gov. Rick Scott signed the ban, which primarily targets teenaged drivers, into law.

"As a father and a grandfather, texting while driving is something that concerns me when my loved ones are on the road," Scott said in a statement, after signing the bill at Miami’s Alonzo Mourning Senior High School. "The 100 days between Memorial Day and Labor Day are known as the deadliest days on the road for teenagers. We must do everything we can at the state level to keep our teenagers and everyone on our roads safe. I cannot think of a better time to officially sign this bill into law," Scott added.

SB 52 bans manual texting only while a vehicle is in motion, allowing drivers stopped in traffic or at stoplights to text. Additionally, texting while in motion will be a secondary offense, meaning a driver must be pulled over for another violation in order to get a texting ticket. A $30 fee will be imposed for the first offense, rising to $60 for a second, according to the Orlando Sentinel. The legislation goes into effect Oct. 1.

"It's certainly not a cure-all, but it's certainly a step in the right direction," Broward, Fla., Sheriff Scott Israel told the Sun Sentinel. "It's a hazardous, dangerous activity. Whether a vehicle's going 60 or 65 mph on I-95 or 25 mph in a residential neighborhood, nobody wants a distracted driver behind the wheel."

Scott was by joined representatives from AT&T, Verizon Communications, The Florida Department of Transportation, Department of Highway Safety and Motor Vehicles and the Miami Children’s Hospital, along with students and teachers from Alonzo Mourning Senior High School who signed a pledge to not text while driving, according to materials released by the Governor’s office.

However, the Orlando Sentinel reports the new law may be difficult to enforce. State records show texting is rarely cited as a contributing cause to car crashes in Florida. The paper surmised drivers are not confessing to texting, or law enforcement officers are rarely noting it.

A preliminary report from the Florida Department of Highway Safety and Motor Vehicles, obtained by the Orlando Sentinel, recorded 257,912 crashes last year, but only 196 of those involved drivers who said they were texting. Another 4,022 drivers said they were “distracted by an electronic device,” but those distractions are not covered under the new law.

Florida Highway Patrol Capt. Nancy Rasmussen told the Orlando Sentinel that data reflects drivers who “self-reported” texting as the distraction, but it is possible many other electronic device distractions were texts. The new law requires evidence, such as officer or witness testimony, to prove texting was the culprit, and a warrant must be issued to search a defendant’s cellphone.

Other states with similar bans, such as Iowa, Nebraska, Ohio and Virginia, have reported difficulties in enforcing texting as a secondary offence. Iowa State Patrol Sgt. Scott Bright told the Sun Sentinel, “I don’t think [our law has] deterred people because they know that they have to be stopped for another reason.”

However difficult the new law will be to enforce, some see it as progress. "We absolutely see this ban as a step in the right direction," Detective DeAnna Greenlaw, spokeswoman for the Fort Lauderdale, Fla., Police Department, told the Sun Sentinel. "Motorists may be in a rush to get from point A to point B, but some may need a reminder that a text message is not worth someone's life. The governor's approval of this ban, coupled with enforcement, will help make our streets and highways a safer commute."