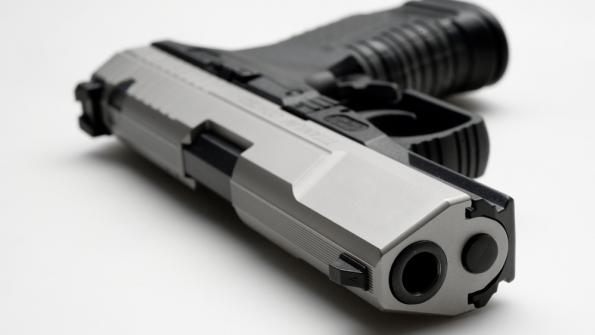 A new Arizona law prohibits the destruction of firearms collected through buyback programs.

Weapons acquired during gun buyback programs are usually destroyed, but that will no longer be the case in Arizona, according to a report in the Arizona Daily Sun. Instead, such weapons will be resold for profit.

Gov. Jan Brewer (R) signed legislation on Monday prohibiting Arizona governments from destroying weapons that come into their possession through buyback programs. According to the Sun, under the new law any weapons a city or county acquires, including through voluntary forfeiture, must be considered assets and sold to a federally licensed firearms dealer. The profits from these sales will help balance state and local budgets.

Rep. Brenda Barton (R), a proponent of the legislation, told the Sun the measure is meant to clarify existing laws which require governments to sell seized weapons. The laws previously prohibited the destruction of weapons that were considered “found property” — defined as anything recovered, lost or abandoned that is not needed as evidence. The new legislation adds the word “surrendered” to what is considered “found.”

Opponents of the legislation sought to circumvent the new language with a proposal to allow communities to have buybacks if no public funds are involved and if the owner of the weapon specifically says he or she wants it destroyed. However, the Sun reports Barton said any weapons a city or county acquires must be considered assets and sold off.

Brewer, who refers to herself as a strong supporter of the second amendment, has signed two similar laws dealing with the destruction of weapons, the Sun reports.