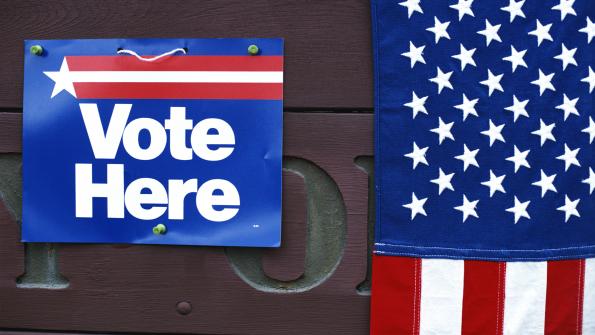 Voter ID laws could cause problems in Virginia

According to the Virginia Department of Elections, an estimated 200,000 people may lack the requisite IDs to vote in November's elections.

An estimated 200,000 Virginia voters may lack the required identification to vote in November, so local leaders are working with community organizers to ensure all voters have access to the polls.

A new law that took effect this year requires Virginia voters to produce some form of photo identification, such as a driver’s license, before they are able to cast their vote, according to the Virginia Department of Elections Website. Other acceptable forms of identification include U.S. passports, student ID cards, employee ID cards or veteran ID cards.

Voters without any form of acceptable identification may apply for a Voter Photo ID card, which can be obtained through a local general registrar’s office, according to the site.

But the new law could prove problematic in November. According to Department of Elections records, 198,902 potential Virginia voters are without driver’s licenses. Election advocates told The Washington Post it’s difficult to estimate how many voters lack other forms of proper identification, but driver’s licenses are the most common form used.

In Arlington County, some 4,000 potential voters are without driver’s licenses, Linda Lindberg, Arlington’s general registrar told The Washington Post. Many of these are young professionals who don’t drive.  “We don’t know whether they have other forms of ID or not,” she said, adding that many of Arlington’s senior citizens may also be affected by the new law.

Interest in receiving Voter IDs has been light across the state, according to the Lynchberg, Va., News & Advance. The Bedford County registrar’s office has received fewer than 10 requests for IDs; Campbell County has received four, and Lynchburg has received nine.

To ensure everyone has equal access to the polls, some local groups are partnering to offer free rides to the registrar’s office to request ID cards, the News & Advance reports. In Lynchberg, free rides are offered on Tuesday mornings.

“We’re not asking anyone who they’re voting for or anything like that,” Danny McCain, Lynchburg’s Voters League president, told the paper, “We just want to help people get over there and get their IDs ."

Cameron Quinn, Fairfax County’s registrar, has also been working to ensure citizens are ready for the new requirements. She told The Washington Post her office has been going out on “road shows,” where staffers bring cameras to events to produce Voter IDs on the spot. Her office has also mailed out fliers with information about the new law to potential voters.

“We want to make sure we get the information to voters who need it,” Quinn told The Washington Post. “We want everyone who wants to vote to be able to vote.”