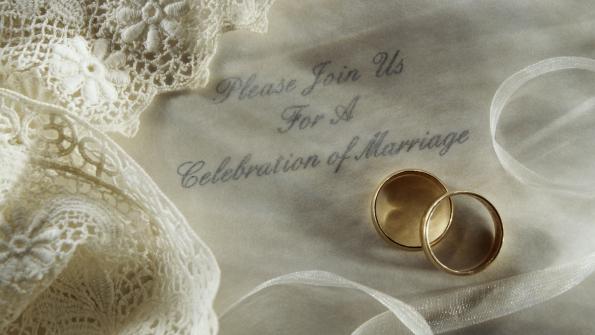 On Nov. 5, the Illinois House of Representatives voted to allow same-sex marriage, making it the 15th state to approve such unions.

The Illinois House of Representatives voted 61-54 on Tuesday to approve same-sex marriage – making it the 15th state to allow such unions.

The measure passed the Illinois Senate in February, according to The New York Times, but for procedural reasons it had to be voted on a second time. On Tuesday, the Senate approved the revisions made by the House, sending the bill to the desk of Gov. Pat Quinn (D), who had previously vowed to sign it.

“Today the Illinois House put our state on the right side of history,” Quinn said in a statement. The Washington Post reports the legislation is scheduled to take effect in June, 2014.

Hawaii is likely to be the next state to allow same-sex marriage, according to The Washington Post. The state Senate passed a bill on Oct. 30, and the House is likely to vote on it soon. Additionally, the New Mexico Supreme Court heard arguments on same-sex marriages Oct. 23, and it is anticipated they will rule on the matter during the coming months.

“It’s been an absolutely historic year of powerful momentum, and I think it just shows the country is ready,” Marc Solomon, national campaign director of Freedom to Marry, told The Washington Post.

But not everyone agrees. Brain Brown, president of the National Organization for marriage, said in a statement he is “disappoint[ed] but not surprise[ed] that the House has voted to redefine marriage. The losers will be the people of Illinois who will see that redefining marriage will unleash a torrent of harassment toward those who believe that marriage is the union of one man and one woman,” according to The Washington Post.

Although the law stipulates fraternal religious organizations, such as the Knights of Columbus, will not be forced to perform same-sex ceremonies, The Washington Post reports Brown feels the new law lacks protections of religious liberty.

President Obama came out in support of the legislation earlier this year, according to The Washington Post, and praised the governing body where he once served.

“As President, I have always believed that gay and lesbian Americans should be treated fairly and equally under the law,” Obama said in a statement. “Over time, I also came to believe that same-sex couples should be able to get married like anyone else. So tonight, Michelle and I are overjoyed for all the committed couples in Illinois whose love will now be as legal as ours — and for their friends and family who have long wanted nothing more than to see their loved ones treated fairly and equally under the law.”