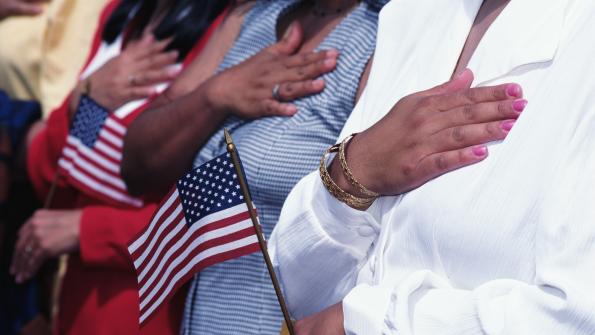 Undocumented residents of California have reason to celebrate – a new state law will permit those without citizenship to receive driver’s licenses.

The legislation, signed by Gov. Jerry Brown on Oct. 3, is a major victory for immigrant rights activists, who have petitioned California’s government for such a law for decades, according to Reuters. The state expects 1.4 million undocumented residents to apply for licenses over the next three years.

Assembly Bill 60 requires the California Department of Motor Vehicles to issue driver’s licenses to undocumented individuals who can prove their identities, establish California residency and pass a driving test, according to CNN. The law will go into effect no later than Jan. 1, 2015.

Licenses given to undocumented individuals would indicate the bearers did not provide a birth certificate or social security number, differentiating them from regular licenses, Reuters reports.

The legislation is part of a greater effort to expand immigrant rights in California, according to Reuters. Citing a study from the University of Southern California, 2.6 million Californians, or approximately 6.8 percent of the population, lack legal status. Many of these individuals are of Latino decent.

"Millions of immigrant families have been looking forward to this day," Democratic Assemblyman Luis Alejo, who sponsored the bill, said in a statement. "It will allow them to go to work, go to school, take their kids to a doctor's appointment without fear that they are going to have their car taken away from them, or worse, be put into immigration proceedings."

Opponents to the new legislation say it may hurt business owners. Bruce Bialosky, writing for TownHall.com, argues that due to the language of the legislation, undocumented workers holding special licenses cannot be discriminated against, yet federal Immigration and Customs Enforcement agents recently started cracking down on employers for hiring undocumented individuals.

California’s neighbor, Arizona, recently widened its ban on licenses for illegal immigrants, prohibiting driving privileges for those granted temporary relief from deportation, according to Reuters.

But Gov. Brown is proud of his state’s progressive approach. "When a million people without their documents drive legally and with respect in the state of California, the rest of this country will have to stand up and take notice," he said from the steps of Los Angeles City Hall. "No longer are undocumented people in the shadows. They are alive and well and respected in the state of California."