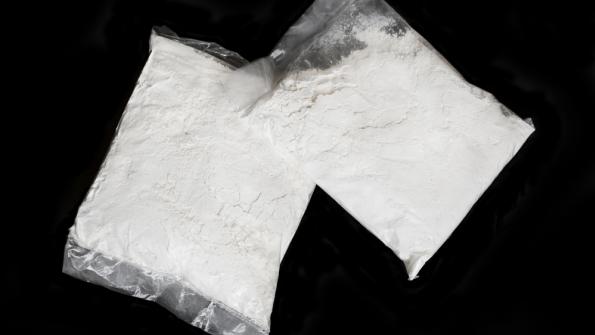 Bath salts and other synthetic drugs are now illegal in Rhode Island, but local police departments are still struggling with the best ways to enforce the prohibitions.

In July, Rhode Island Gov. Lincoln Chafee singed a bill outlawing a broad range of synthetic drugs, including “bath salt” stimulants and chemical marijuana analogues. Though they are now considered Schedule 1 substances (those with high potential for abuse and no medical function), law enforcement has been slow to crack down on the drugs.

The problem, according to the Providence Journal is that the prohibition requires Rhode Island police make arrests when they find someone they believe to be carrying any one of the hundreds of newly outlawed substances. Positively identifying the drugs requires chemical testing, and departments may lack the resources and training to effectively enforce the law.

Bath salts are generally sold in powder form in 200- and 500-milligram packages under various brand names, according to materials from the Partnership for a Drug Free America. Generally snorted or swallowed, the drug is commonly used as an alternative to methamphetamine.

“I don’t think since the 15th[of July] that anyone has been charged,” Rhode Island Sgt. James Needham told the Providence Journal, adding he believes many people are still buying and using the illegal substances.

State Attorney General Peter F. Kilmartin, whose office backed the new law, told the Providence Journal his staff is working with officers as they prepare to enforce the law. Departments are scheduling special training sessions for officers, and in some cases, setting up programs for retailers who sold the drugs legally to turn them in.

Given the large volume of different chemicals, the most likely enforcement scenario Kilmartin told the Providence Journal, would be setting up sting operations at venues that continue to sell now-illegal products.

The new law came from a range of reports of health problems affecting synthetic drug users, as well as the deaths of three Rhode Islanders in the past year, according to the Providence Journal.

At least 45 states have banned synthetic cannabinoids (chemical marijuana) and/or substituted cathinones (bath salts) according to materials from the National Conference of State Legislatures.