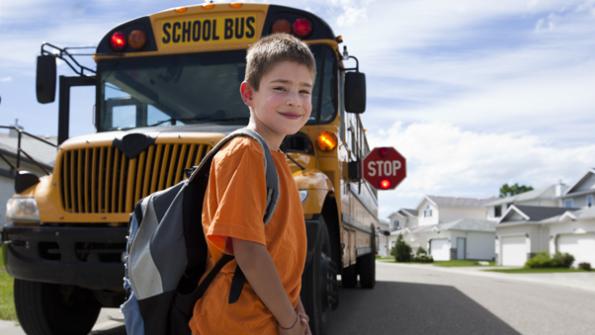 Kadyn's Law is named for girl killed by a pickup

A new law in Iowa providing harsher penalties for drivers who ignore school bus warning signs went into effect this week, just as schools across the state prepare for a new school year. Kadyn’s Law is named for a 7-year-old girl who was killed while making her way to a school bus, according to The Associated Press (AP).

The measure is aimed at drivers who pass a school bus when its stop arm is extended or amber lights flashing. Violators can now receive a fine of to $675 and 30 days in jail for a first offense. Previously, the fine was $200.

A second offense within five years can lead to fines up $1,875 and a year in jail. Penalties also increase if a driver causes serious injury or death.

The law wasn’t supposed to take effect until September, but state transportation officials approved a rule allowing enforcement earlier. A state legislator who helped sponsor the bill asked for the earlier start to coincide with the start of the school year.

Last year, Kadyn Halverson, of Kensett, Iowa, was hit by a pickup and killed while walking to her school bus. The driver of the truck was sentenced to 15 years in prison.

Kadyn’s mother pressed state legislators to tighten penalties for drivers who fail to stop at school bus warning signs. “I just couldn’t believe that Kadyn was taken for no reason,” Kari Halverson told the Globe Gazette. “If this could help another child, I wanted to do it.”