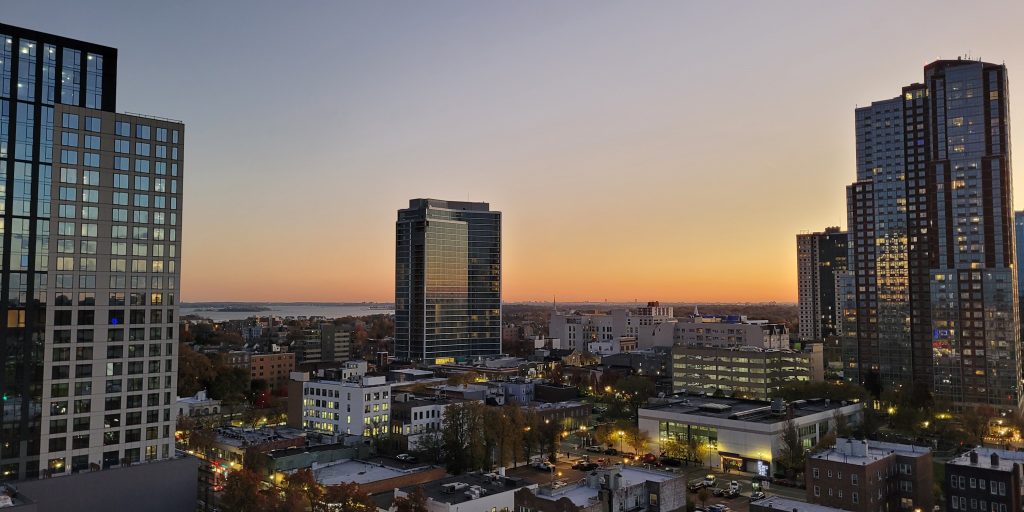 Although New Rochelle, N.Y., is a mile from the constant energy of New York City, it offers a hometown feel with suburban living, parks and greenspace. The city boasts a diverse population of about 80,000 people, making New Rochelle a melting pot of generations, cultures and backgrounds.

“You name it and we’ve got it in New Rochelle, which makes this, in my estimation, an interesting and nurturing place to live, a wonderful place to grow up, a wonderful place to raise kids, because all of us are exposed to circumstances and traditions that are different from our own. I think that greatly enriches life,” says Mayor Noam Bramson.

New Rochelle also is exceptionally served by mass transit systems. It is just a 35-minute train ride to Grand Central Station, and the city also has the only Amtrack stop between New York and Connecticut. “And, within a few years, when the Penn Access project is completed, we will have the closest station to Manhattan with direct service to the East and West sides, which is significant,” Bramson says.

With its energizing population and convenient transit, one thing New Rochelle was lacking was an equally energizing downtown area.

“New Rochelle’s downtown has underperformed for about 50 years,” Bramson says. “It’s been a somewhat depressed environment, without the density of positive activities that really makes a downtown core alive. It’s been problematic for our economy, it’s been problematic for our civic image, and it’s deprived us of a central town square that is attractive to the full range of people who live in New Rochelle.”

That is changing now, with a complete redevelopment and reinvention of the city’s downtown corridor that is currently underway. The $4 billion redevelopment vision includes rezoning of 12 million square feet with more than 30 commercial, residential and mixed-use projects, including 7,000 apartments, which, according to Bramson could increase to 10,000. The buildout will also include a blend of market rate and affordable housing units so the community will remain accessible and inclusive.

“Intended in its totality is to ignite that spark of energy, activity, a spectrum of goods and services, employment and life that makes an urban center exciting and interesting,” he says.

The redevelopment began in earnest in December 2015, when the New Rochelle City Council unanimously approved the zoning plan and adopted the Downtown Overlay Zone (DOZ) and Community Benefits Policy at the conclusion of a year-long research, planning and community outreach process led by the City of New Rochelle and its master developer RXR Realty.

The master development agreement with RXR is one of several components of the redevelopment’s framework and gives the New York-based real estate group the exclusive opportunity to develop several publicly owned sites. “We know they have the ability to do catalytic projects that are helpful for not only the site-specific activation, but also for their surroundings,” Bramson says. “RXR’s involvement has sent a positive signal to the rest of the marketplace that this an area in which business can be done successfully.”

The second component has been transitioning to a form-based zoning code that fast-tracks projects for approval within 60 to 90 days, if the development meets the standard requirements within each established DOZ.

The zoning code “covers not only the roughly dozen acres to which RXR has enhanced entitlements, but rather the whole 300-acre redevelopment area,” Bramson says. “The form-based code is very flexible with respect to use, and therefore market responsive, but highly prescriptive with respect to design. So, all the best planning principles that create a pleasant, walkable environment are hardwired into the zoning code, so that as each project is completed, it enhances the physical fabric of the area as a whole.”

The city conducted a generic environmental review for the entire buildout scheme. “We went through this rigorous process of defining our buildout objectives, of obtaining the requisite political approvals from the city council and filing the requisite documents with state authorities, and having completed that, individual projects that are consistent with our vision do not need to do their own independent environmental impact statement, and therefore the barriers to entry have been greatly reduced.”

In 2018, the city was awarded $10 million by New York State for the Downtown Revitalization Initiative and was awarded $1 million by the 2018 Bloomberg Philanthropies Mayors Challenge. The $1 million prize is allowing the city to use virtual reality technology to clearly present plans for new buildings and public spaces to residents.

So far, six projects have been completed and are leasing up, and 11 projects are under construction, with more getting ready to start within the next few months. All of this during a global pandemic that saw New Rochelle as the location of the first community outbreak in the United States, with then-Governor Andrew Cuomo putting a “containment area” around the city in March 2020. “COVID obviously had a profound effect on our community and every community,” Bramson says. “That was a surreal and traumatic experience for people in New Rochelle, but I am proud of how the city rose to the occasion.” The city was able to begin a phased reopening in May 2020, and no projects have been cancelled as a result of the pandemic, with safeguards and testing in place to ensure construction could continue.

Bramson says as they look forward now to updating the DOZ framework, they are leaning heavily into environment and social governance (ESG) principles by strengthening affordable housing provisions; investing in minority, women, and veteran owned business (MWVB) capacity building; and beefing up environmental requirements. “The hope is not just that these measures will have intrinsic goods that are worth pursuing, but that in their totality we are creating, in a sense, a whole zone that is preapproved for ESG investments.”

One major part of the revitalization is the LINC, which will convert Memorial Highway into an open, walkable public space; provide more economic opportunities and connect the Lincoln Avenue neighborhood with the downtown area. Partially overlapping with and partially adjacent to the DOZ, the Lincoln Avenue Corridor was the focus of a competitive $10 million grant awarded to New Rochelle by New York State.

New Rochelle also was awarded a $12 million federal grant through the U.S. Department of Transportation’s RAISE program for the LINC project. In a statement announcing the award, Bramson said: “We are tremendously grateful to receive this $12 million federal RAISE grant, which will enable us to accomplish one of the most significant and transformative initiatives in our city’s history—the LINC. The LINC will repurpose a portion of Memorial Highway into a linear park, bind together the Lincoln Avenue neighborhood with New Rochelle’s burgeoning downtown, and enable better, safer access to transit and employment, while also creating an expansive new open space and recreational amenity for tens of thousands of residents. Combining our federal award with State dollars already allocated to the LINC through the DRI (Downtown Revitalization Initiative), the city is now in a position to fully implement this exciting vision.”

Another addition to the original DOZ is a waterfront redevelopment project. Bramson explains, “Just to the east of the downtown core is where U.S.-1 comes closest to Long Island Sound. It’s just a stone’s throw away. And yet, if you stand there today, you have no sense at all of proximity to the waterfront, because it was developed a century ago when the shoreline was really thought of as an industrial access point and not an environmental and recreational amenity.”

So, the city is expanding the DOZ to encompass the site and foster waterfront appropriate development. According to Bramson, it will not have the density and height of downtown development, but will include a continuous waterfront promenade, park land and environmental restoration. “It will create a connection between the downtown and the shoreline that has not existed as long as anyone has been alive.”

That expansion plan of the DOZ, Bramson says, is currently before the city council, and he expects adoption by the end of the year.

Throughout the revitalization plans, sustainability has been “a big focus of city policy-making within the downtown and apart from downtown,” Bramson says. New Rochelle was among the first communities to sign up for Westchester Power, which uses community choice aggregation to deliver 100 percent renewable electricity through renewable energy credits, and it was the first of the state’s larger cities to adopt the New York Stretch Energy code, which is a more ambitions package of requirements for building design.

“We have created a free electric shuttle that operates within and around the downtown area,” he says. “As we refresh the downtown overlay zone, we are expanding community benefit options that relate to the environment including measures that combat the urban heat island effect and including the capacity to invest in areas that were previously red-lined that have significant hardscape that may benefit from greening. Also, by its very nature, transit-oriented, compact walkable development patterns are environmentally friendly.”

The city also has installed several electric vehicle charging stations on both public and private properties.

New Rochelle is encouraging economic growth by courting businesses to come to the new downtown. “We think, by its nature, creating a more densely populated area will serve as a magnet for entrepreneurs who will recognize that there is an underserved customer base with disposable income.”

The city is using incentives through the proceeds of economic development, the use of American Rescue Plan funds and the city’s own resources to assist entrepreneurs, “particularly those who are able to open businesses that have a catalytic, positive spillover effect on their surroundings,” Bramson explains. The city is currently looking to put together a community and retail task force that will include the chamber of commerce, business improvement district and their relevant stakeholders to create a comprehensive plan for New Rochelle’s commercial success going forward.

As a life-long resident of New Rochelle, the revitalization of its downtown is personal for Bramson. As he looks ahead, he hopes it will preserve the characteristics of the city that are already positive, and that it will continue to have a talented and diverse population and charming and historic neighborhoods, as well as beautiful shorelines, parks and greenspaces.

He also hopes that it will “create a downtown that is brimming with life, cultural energy, economic vitality and that is looked upon with pride by all the residents of our city.”