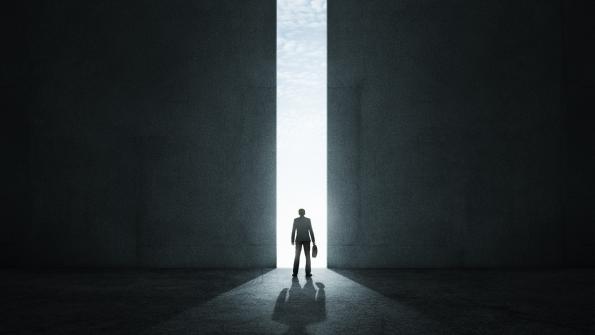 Stepping into the light

During the depths of the Great Recession, Milpitas, Calif., struggled financially and even flirted with bankruptcy to find relief from its deficits and burdensome pension obligations. Leaders cut the city’s workforce in half and trimmed services to make ends meet. Reductions in state funding for redevelopment initiatives added to the misery.

Today, officials in the Silicon Valley community believe they have finally turned the corner and can count on revived revenues for financial stability. According to city statistics, general fund revenues have increased over 19 percent in the past three years. The city is looking forward to restoring all wage cuts imposed during the height of the crisis and filling critical vacancies in its workforce.

“We undertook substantial reorganization and cost-cutting,” City Manager Thomas Williams says. “This was the most challenging thing that I’ve ever had to deal with.”

Like Milpitas, many local governments – towns, cities and counties – across the nation are finally emerging from the worst economic downturn since the 1930s, benefiting from a lengthy, but uneven, national economic recovery and their own painful cost-cutting.

“A little bit of light has begun to emerge,” says Elizabeth Kellar, president and chief executive officer of the Center for State and Local Government Excellence, a Washington D.C. think tank that focuses on the public sector. “But governments are still running to keep up with the demands on their services.”

Other experts note that governments have had to wait for nine years for an upturn following the steep economic decline that shocked the nation. Public officials, who had never experienced the simultaneous loss of multiple streams of income were stunned.

“Governments are rebounding from the Great Recession,” says Michael Pagano, dean of the College of Urban Planning and Public Affairs at the University of Illinois at Chicago. “But it’s notable how long it has taken, especially relative to earlier recessions.”

With Christiana McFarland, research director for the National League of Cities (NLC) Pagano co-authored, NLC’s “City Fiscal Conditions 2015,” which concluded, “city fiscal conditions are stabilizing.” The report found that 82 percent of city finance officers are optimistic about meeting financial needs, a turnaround from six years ago when only 13 percent were optimistic. The report also found that revenues have grown for three consecutive years, but still remain below pre-recession levels, while demands for spending are rising.

Comparing the current recovery with previous recessions in 1990 and 2001, the report found very different paths. While the two previous recessions saw a return to previous revenue bases after five or six years, cities today remain only at 91.6 percent of pre-recession levels nine years later.
“Nationally, we are not seeing the surge that people expected,” Pagano says. “It’s upward, but sluggish.

For the nation’s county governments, the financial recovery has progressed even more slowly, according to a report from the National Association of Counties (NACo). Of the nation’s 3,069 counties, only 214 have fully recovered to pre-recession levels when measuring employment, home prices and economic production, says Mike Belarmino, NACo’s Associate Legislative Director for Finance and Intergovernmental Affairs.

“Every county is a little different,” he says. “Overall, not everyone is terrific.”

“Most counties are not back to where they were before the recession,” Belarmino says. “The norm is to try to figure out how to make do with less money, as best as they can.”

Even though revenues still lag behind previous levels, counties continue to struggle to meet their expenses. On the revenue side, they often find themselves capped on the amount that they can assess property taxes, the “lifeblood” for county governments, he says. On expenses, they are hit from multiple fronts, which may include federal mandates to meet environmental or labor regulations, as well as demands to provide services for lower-income residents.

“Overwhelmingly, there are mandates that they are more and more responsible for, while they have less resources,” he says.

Delays in Maintenance and Infrastructure Improvements

At both the city and county levels, a painful casualty of the cutbacks has been maintenance and improvements in the infrastructure through which governments operate and provide services to their constituents. For example, counties own and maintain 45 percent of the nation’s roads and bridges.

“Governments have not been investing in their infrastructure programs,” Kellar says. “For many, it’s out of sight, out of mind. There is not a sense of urgency about it.

”Pagano noted that deferring repairs and maintenance on infrastructure creates even greater problems. “The backlog becomes more costly, as the asset deterioration compounds into a crisis,” he says. “We’ve never been good at maintaining our useful assets. The recession period made it even worse.”

Amidst the difficult economic environment and painful cutbacks, some cities like Milpitas may have already experienced their worst days. Williams, the city manager, points to the recent opening of a nearby Bay Area Rapid Transit station as a major spur to development.

“We’ve seen transit-oriented growth,” he says. “High-density housing, mixed-use development.”
Other economic advances, such as new auto dealerships and a shopping center rising from an abandoned manufacturing plant, have helped the city’s recovery, he says. The city has also benefited from some spillover from the construction of a new stadium for the San Francisco 49ers football team, which draws fans to local restaurants. The city is considering boosting revenues by increasing its sales tax to achieve parity with neighboring communities.

At the same time, the cuts in expenses have been “difficult,” he says. Pension reforms will gradually reduce the generous benefits to a more sustainable level, and outsourcing park maintenance has trimmed payrolls by 38 employees. The city also began a process of sorting out what services it should provide or be left to the private sector. It eliminated its own preschool, which was downsized to a program offering selected pre-kindergarten classes through the recreation department, with fees shared with users.

Not surprisingly, the number of employees fell from 580 at its peak to 320 today. “We’re very lean,” he says. “Too lean.” The city still has not fully restored 15 percent pay cuts during the trough, though it is making progress. “It’s still a challenge,” he says.

But with the better business environment, Williams is optimistic that the city’s fortunes will continue to improve. “We’ve seen tremendous growth,” he says.

In Peoria, Ariz., general fund revenues fell 15 percent during the recession, which forced the city to examine all aspects of its operation, says Jeff Tyne, Peoria’s deputy city manager. “We looked at every single function,” he says. “We looked at the service and service levels.”

Although the city avoided layoffs, it did cut expenses by keeping vacancies open and redeploying resources. “We did a reassessment, and asked, ‘Do we need this service?’” he says. “We held seven different budget sessions to make our decisions.”

Today, the local economy has improved as unemployment has fallen to the national average and revenues are “robust,” he says, though he notes that in-migration, a prime spur to growth, has slowed from levels a decade ago.
Now, health care, tourism and retail drive Peoria’s economy. “We are eager to diversify,” he says, pointing to regional efforts to advance workforce development and perhaps bring in new industries, such as biotechnology.

“Right now, things are pretty good,” he says, “but we want to make sure that we can weather the next downturn, so it’s not so painful. A healthy economy is our future.”

“2013 was not a pretty picture,” she says of the city’s budget. “We took a stumble, but we didn’t take a fall.”
Today, the city improved the funding of its pension liability up to 50 percent, from 38 percent, and has implemented a cash balance plan to replace its defined benefit plan. With the changes, the city anticipates that its pension liability will be erased in 20 years. “We’ve made great strides in pension reform,” she says.

Though the city was able to avoid layoffs, it did implement a hiring freeze. But as financial stability has returned, the city has begun buying new equipment and restoring its ranks, hiring 15 additional firefighters and fire code enforcement officers with plans to expand its police department by about 5 percent. “We did not cut back,” Stothert says. “We were able to find savings. It’s paying off to run efficiently.”

The city still has several issues that it must resolve, she says, placing improving its infrastructure high on the list of priorities. “We’re over 50 years behind in roads,” she says. “It goes way beyond the recession. We’re catching up, but we have a ways to go.”

She also says that she would like to restore the city’s top rating for its bonds, which was lowered one level during the recession. Settling the labor contracts is one improvement, as is the plan to meet federal mandates on improvements to the city’s sewer system and lower retiree health care costs. However, the high level of the unfunded pension cost remains an issue to resolve. “We’re making strides,” she says. “It will continue to go down.”

In Columbus, Ohio, the Downtown Development Corporation worked on the designs for improvements to the city’s downtown during the recession so that it would be ready for construction when the economy improved. Since 2011, the $25 million investment has spurred $270 million in private investment and revitalized the downtown area.
“During the recession, we were working on the design,” says Amy Taylor, the corporation’s chief operating officer. “As the market turned around, we had our proof of concept. The secret was being able to make strides through the tough years.”

The major project, Columbus Commons, involved converting an essentially abandoned downtown mall into a greenspace. During its 2011 inaugural season, Columbus Commons hosted 300 events and more than 300,000 visitors. Today more than 230 events are produced annually. In addition to being an urban amenity for visitors and residents, the Columbus Commons has triggered additional private investment of more than $270 million, which include mixed use retail, residential and commercial high-rises.

In another project, the development corporation has spurred the restoration of the natural flow to the Scioto River, which runs through the downtown, and narrowed an adjacent road. Now, there is a scenic walkway and bike path along the river, which leaders believe will ignite new development in nearby areas. A new museum and memorial dedicated to veterans is currently under construction, which they believe will attract additional growth.

“When we first developed our plan in 2007, the economy went south,” says Guy Worley, the president and CEO of the development corporation,.“We continued to make investments and we were positioned well when we came out of the economic downturn.”

With 150,000 college students in the Columbus area from Ohio State University and other colleges, the focus of the redevelopment corporation was to make the downtown attractive to millennials, who have come to love the urban lifestyle. “We don’t have rivers and mountains,” Worley says. “Our natural asset is talent who like an urban lifestyle. We are retaining the talent coming to the universities.”

While the concept was the source of the project’s success, the Great Recession ironically also played a part in bringing the project to life. “It was a tough economy,” Worley says. “It made us think harder and work together in a collaborative way. We like to say that is the Columbus way.”