Photo courtesy of The Traffic Group 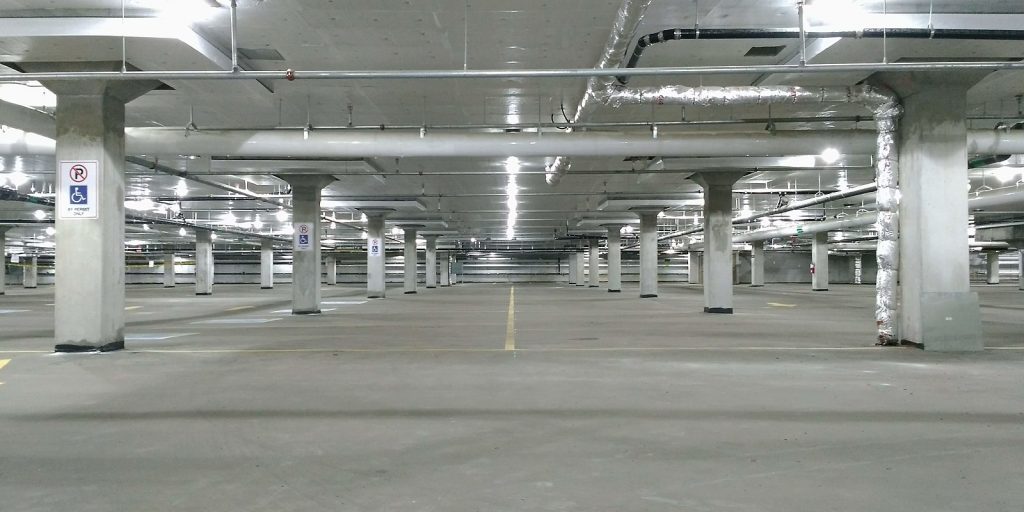 The intersection of parking and housing

Before anyone had ever heard of COVID-19, cities throughout the United States were experiencing significant changes in their traditional traffic and parking patterns, due in large part to equally significant shifts in lifestyle.

Even before the pandemic hit, some cities were beginning to respond to these trends by putting measures in place to reduce or waive parking minimums in their CBDs. Parking lots, meanwhile, were being sold for redevelopment as office towers, hotels or condos. Nothing, however, could prepare anyone for the devastation COVID would cause.

As the world abruptly shut down, cities were no longer experiencing simple “shifts” in traffic and parking patterns. They were experiencing a radical transformation. Streets and office towers became ghost towns as employees adjusted to working remotely—a fact that seems unlikely to change given recent surveys indicating nearly 80 percent of all office workers favor continued work-from-home policies at least two to three days a week. That, in turn, has accelerated the declining fortunes of many parking lots and garages in CBDs nationwide, which now stand empty.

The demand for ecommerce, meanwhile, has continued to skyrocket. In 2020, ecommerce jumped an astounding 40 percent over the previous year to become an $861 billion industry. That translates into more delivery trucks clogging city streets and jockeying to find parking or worse, double-parking.

All of this has left cities scrambling to deal not only with changing traffic and parking trends, but also with the numerous issues directly caused by COVID—including, most prominently, rising housing shortages and homelessness caused by the sluggish economy. With that in mind, some cities have begun working with garage operators to determine how their parking facilities can be transformed into other uses, including moderately priced or low-cost dwelling units for families who have lost their homes or apartments due to pandemic-related job losses.

The template for garage conversions was actually set before the pandemic even occurred. Reacting to cities’ efforts to curb climate change by reducing the number of cars entering CBDs, garage operators began selling their lots in record numbers. This led, for example, to construction of a 12-story residential building on the site of a former parking lot in Brooklyn, and the conversion of a garage into a 30-story affordable housing high-rise in Boston.

When COVID hit, entrepreneurial garage operators began converting their facilities into other uses, including everything from temporary seating for local restaurants and food trucks to pop-up industrial warehouses, self-storage spaces, or even gyms. Garages whose floor-to-ceiling height was sufficient were even transformed into parking/loading areas for delivery trucks, such as the Amazon fleet serving the local market.

Now, though, cities are entering the fray, recognizing that something must be done to meet the dual issues of housing affordability and vacant parking facilities, both of which have the potential to destroy the fabric of their center cities and hamper future revitalization efforts.

With that in mind, some cities are beginning to work with developers and garage operators to turn parking facilities into affordable housing or shelters. After creating a concept that looked into ways to retrofit old garages with pod-like living units, architectural firm Gensler entered into discussions with cities such as Los Angeles about the potential for plugging pods into parking structures as an effective means for dealing with housing shortages.

The existing structure of many garages, combined with their near universal dimensions based on the unitized size of a parking space, allows for prefabricated modules such as Gensler’s pods to be easily placed within the facility’s concrete shell. These units can also make use of the vertical circulation and utility connections that already exist within the garage.

While possible thanks to innovations like the pod, retrofitting existing garages is not always an ideal solution given structural challenges such as low ceilings, sloped floors, and an inability to handle the same loads. Given that, replacing garages with new construction would seem to be an easy choice, but here again, there are issues to overcome. Parking minimums built into zoning codes, for example, require developers to include a certain number of parking spaces for each new unit built. Developers can also run into inflexible zoning requirements that prohibit converting a commercial property such as a parking garage into a residential property.

This is the point where cities can play a key role in helping garage operators and developers to deal with (or change) current zoning regulations in order to turn underused parking facilities into desperately needed affordable housing. By taking a proactive stance now, cities can avert what is already threatening to become a homeless crisis like this country has never before experienced, while transforming underused parking facilities into a performing unit that contributes to the changing needs of center cities.

Wes Guckert, PTP is president and CEO of The Traffic Group, a leading Service Disabled Veteran-Owned Small Business traffic engineering and transportation planning firm serving clients nationally and internationally. He is also a fellow of ITE and instructor at Harvard University. For more information: www.trafficgroup.com or follow them on Twitter @TheTrafficGroup.