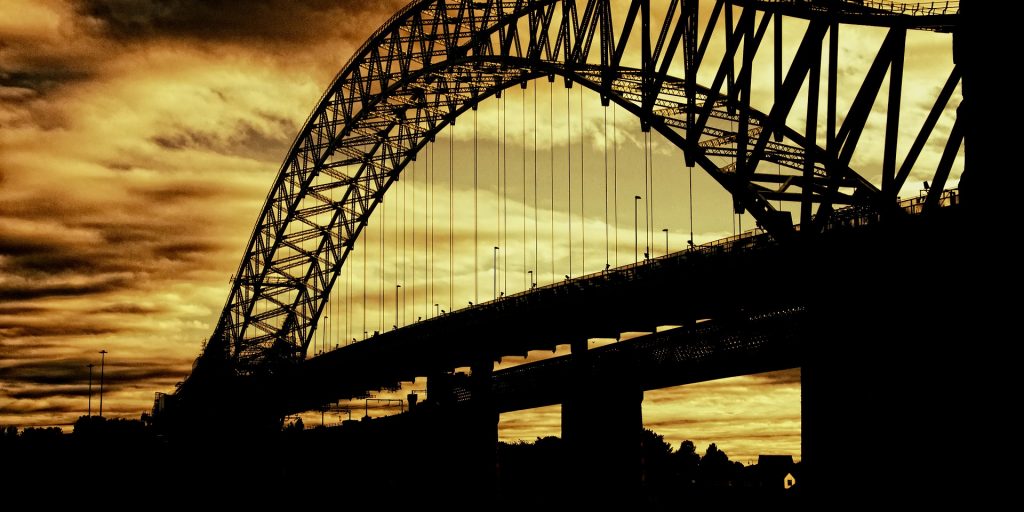 If placed end-to-end, the length of United States’ bridges in need of substantial repair would span more than 6,000 miles—the distance from Atlanta to Los Angeles, then up through Canada to the northernmost point of Alaska’s highway system in Deadhorse. Four out of every 10 U.S. bridges needs to be either replaced or repaired, including one out of every three on the interstate highway system, based on data from the U.S. Department of Transportation.

At the nation’s current bridge-repair pace—faced with an estimated total price tag of a little more than $40 billion—it would take about four decades to work through the current backlog of structurally deficient bridges, according to Dr. Alison Premo Black, chief economist for the American Road and Transportation Builders Association (ARTBA).

“The current 40-year timeline to repair bridges in poor condition is an unacceptable outcome for the American motoring public,” Black said.  “Our bridge report highlights key national infrastructure challenges and underscores the need for congressional and presidential action this year on a robust multi-year transportation investment bill.”

A recent analysis by ARTBA of data from the U.S. Department of Transportation National Bridge Inventory (NBI) found that, while the number of structurally deficient bridges declined nationally last year to 45,000, the number of bridges falling into fair condition grew more than 3,600 to almost 295,000. Further, more than 40 percent of the 617,000 bridges across the nation are at least 50 years old, according to The American Society of Civil Engineers’ 2021 Report Card for America’s Infrastructure.

Bridge decks and support structures are regularly inspected by state transportation departments for deterioration and are rated on a scale of zero to nine—the latter being considered excellent condition. A bridge is classified as structurally deficient and in need of repair if its overall rating is four or below.

The reasons for the number of deficient bridges in the U.S. are complicated. U.S. Sen. Sheldon Whitehouse (D-R.I.) highlighted in a statement about the Bipartisan Infrastructure Deal, which is currently being debated in the Senate, that “Competing pressures on state and local budgets over decades have led to a massive national backlog of bridge projects. Our bipartisan (legislation) will invest billions of dollars in bridge upgrades in Rhode Island and across the country, making roads safer for drivers and creating good jobs in the process.”

With the Senate expected to pass a vote legislation this week, the federal government appears poised to invest more than $100 billion into roads, bridges and other major infrastructure projects. Of that, $40 billion is allotted for bridge repair, replacement and rehab projects—representing the largest investment in U.S. bridges since the construction of the interstate highway system.

The implications of updating bridges extend beyond the physical structures.

“Rebuilding bridges across the U.S. will create new jobs and make our country more competitive,” said U.S. Sen. Sherrod Brown (D-Ohio), about the Bridge Investment Act, which is included in the bipartisan deal. “States and cities can’t do it alone—they need real investment to help fix these outdated bridges that clog up our roads and leave drivers at greater risk of an accident. “

If the bipartisan deal passes as expected, the included Bridge Investment Act “would establish a competitive grant program to assist the repair and replacement of deficient and outdated bridges and ease the national bridge repair backlog,” according to a statement from U.S. Sen. Rob Portman (R-OH) issued Thursday. Local governments could apply for grants, which would be awarded fairly to cities, Tribes, counties and other government entities of all sizes.

Notably, a stipulation would require that all projects funded by the grants would have to use American-made steel and iron. There would also be quick grants issued for small bridge repairs and certain projects could be bundled into a single application to cut down on red tape and accelerate repairs.