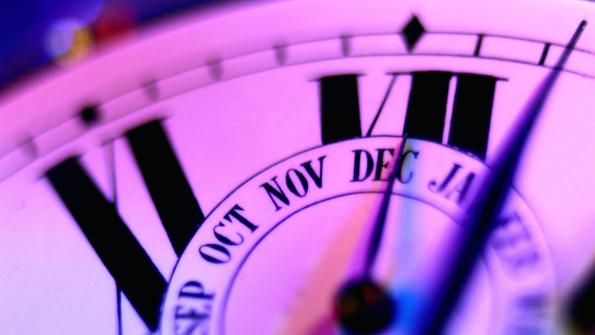 Analyzing data collected by the American Time Use Survey, an economist from the Technology Policy Institute saw correlation between the amount of time Americans spent on their computer and the lack of time they spent doing other things.

Scott Wallsten, an economist at the Technology Policy Institute in Washington D.C., found that time spent using a computer “for leisure” crowds out other activities, such as work, travel, chores and even sleep.

Using data collected by the American Time Use Survey from 2003 to 2011, the study is limited to online “leisure” time. Wallsten found that in 2011, 13 minutes of Americans' average of five free hours daily are used for browsing social networks, reading for non-work purposes, instant messaging, and other activities, according to The Atlantic. While 13 minutes may not seem like a lot, Wallsten found these minutes significantly impact other potential activities.

According to Wallsten’s research, “…the share of the population engaged in online activities has been increasing steadily… each minute of online leisure time is correlated with 0.29 fewer minutes on all other types of leisure.”

This means that computer usage has a notable impact on other aspects of American’s lives. The Atlantic breaks down Wallsten’s research thusly:

For every minute spent on the computer, the average American spends:

Averaged out, education is one of the least impacted elements. However, The Atlantic reports this impact is stronger in young people. Wallsten found that every minute a 15- to 19-year-old spends online translates to 18 fewer seconds engaged in educational activities. For those aged 20 to 24, the same minute is associated with losing about seven seconds of educational activity.

Offline socializing also takes a hit. Wallsten’s research shows that from 2003 to 2011, the average American cut face to face socializing time by nearly 5 minutes, according to The Atlantic.

Although the research does not prove online activity directly causes these deficits, Wallsten concludes, “that online activities… are not free from opportunity cost,” according to The Atlantic.