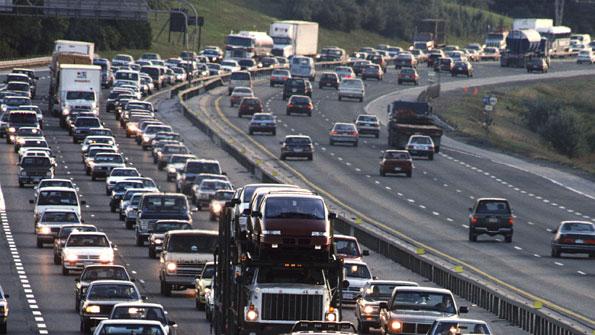 New Jersey drivers asked not to smile for license photos

Don’t smile, please — that’s what New Jersey residents are hearing these days when they go to get a driver’s license, due to a new policy that has gone mostly unnoticed since taking effect in January. The rule discouraging smiles is designed to protect new face-recognition software, according to the Philadelphia Daily News.

The state installed the new system for driver’s license photos to help prevent identity theft. The software flags possible fraud schemes, such as when the photo of someone applying for a new license matches another picture under a different name.

The problem, though, is that exaggerated facial expressions — like a big smile — confuse the computer. “To get an accurate photo, you don’t want an excessively expressive face in the photo,” a spokesman for the state Motor Vehicle Commission told the Daily News.

Officials say they aren’t asking New Jersey driver’s license applicants to frown for the camera, not exactly. All they ask is that you don’t act like you just won the lottery.

That didn’t sit well with New Jersey resident Velvet McNeil, who left a license bureau office recently after she was told she couldn’t smile for her photo. “Why should we all look like androids, looking mopey,” McNeil told the newspaper. “I know there are some people who don’t have good driver’s licenses, but I actually keep all mine.”

McNeil says she will try again, now that she understands the new policy. She will try to keep her smile in check, though.