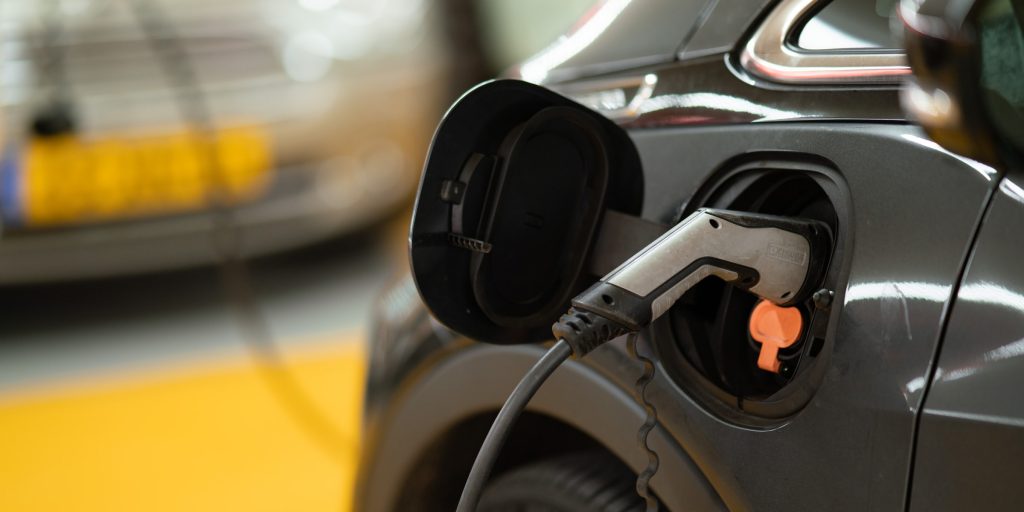 As communities across the nation pivot to address climate change, local leaders perceive investment in electric vehicles as a key opportunity that can bring American cities into the future. Of a little more than 100 mayors who participated in a survey released this month by the U.S. Conference of Mayors, about 57 cited electric vehicles as the most promising emerging technology poised over the long term to help communities reduce carbon emissions and energy use.

“Local energy and climate action has long been leading the nation’s response to these challenges,” said Nan Whaley, president of the U.S. Conference of Mayors and mayor of Dayton, Ohio, in a statement. “These findings are both timely and useful for accelerating and expanding the public and private efforts taking place in American cities. But cities cannot do this alone, and we’re grateful that President Biden and leaders in Congress have come together to chart a new energy and climate agenda, one that we believe will come to rely increasingly on mayors and local action for its future success.”

The findings are notable because they show how energy priorities among local leaders have shifted over the last decade. In the conference’s 2014 survey, for example, 66 percent of mayors surveyed identified LED and efficient lighting, solar low-energy buildings as their top three priorities. Two years later in 2016, 76 percent of respondents chose the same technologies in the same order.

But in the conference’s most recent survey, “less than half of the respondents (48 percent) identify these technologies, and they rank them differently,” the report says. Deploying electric vehicles more quickly is also a goal of the Biden Administration’s $1.2 trillion infrastructure law, along with tax credits provided through the Build Back Better Act. The infrastructure bill includes $7.5 billion for electric vehicle infrastructure like charging stations. The goal is to build a “nationwide network of 500,000 EV (electric vehicle) chargers to accelerate the adoption of EVs, reduce emissions, improve air quality and create good-paying jobs across the country,” according to an explainer issued by the White House.

In the short term, mayors surveyed for the report ranked solar electricity generation as their top priority at 21 percent; next was electric vehicles at 17 percent; followed by LED lighting at 14 percent and low energy buildings at 13 percent.

“Local action on global climate challenges can lead to more jobs, savings to taxpayers and a better quality of life for all of us,” Mitchell said. “The report will serve as a platform for mayors to exchange ideas about how to achieve these goals, and it will help to guide the private sector and federal policy makers about how they can best contribute to the effort.”

But while local leaders have definitive intentions, there are challenges that stand in the way. Respondents “overwhelmingly cite financial constraints and costs,” the report notes. Specifically, local funding constraints were ranked highest at 69 percent; high up-front costs were second at 45 percent; limited or no available federal funding was listed at 29 percent and lack of adequate state funding was ranked fourth at 28 percent.

Among other findings in the survey, mayors highlighted the need to retrofit existing public buildings, with about 80 percent having identified efficiency upgrades for city-owned buildings. Nearly 45 percent of mayors also identified energy audits for public and private buildings, and another 41 percent cited a need to revise building energy codes.

The research was undertaken with support from Signify, a lighting company. The full report can be found on the mayoral conference’s website.

Vince Ridgell, vice president of public sector infrastructure in North America at Signify, noted the report outlines clear priorities for mayors across the nation: “There is a need to invest in energy-efficient technologies that can quickly and effectively reduce carbon emissions while delivering ancillary benefits to their cities and citizens,” he said. “What it now takes is collaboration.”