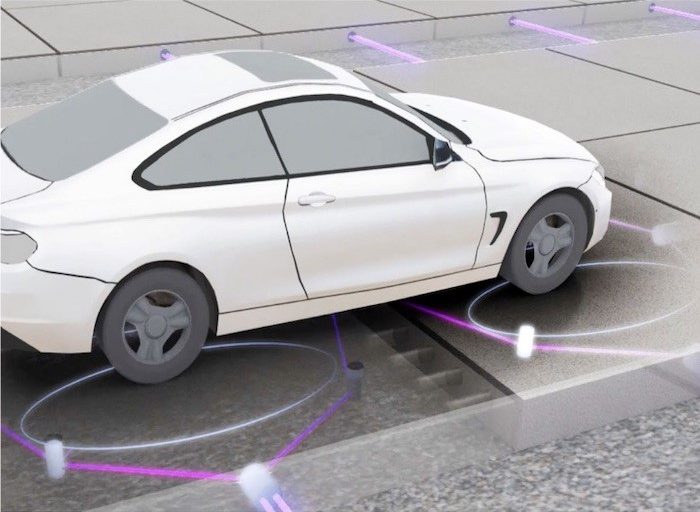 What about smart roadways? Missouri-based tech startup intends to turn highways into networks

Those who live in the northeastern United States are intimately familiar with all five seasons—summer, autumn, winter, spring and pothole season. When warmer weather finally arrives, melting snow reveals roads and bridges riddled with cracks and frost heave-inflicted pockmarks—damage taxpayers are accustomed to financially covering. That’s because maintaining public roadways through taxation has become as American as apple pie.

But with the industrial era disappearing in the rearview mirror, as communities drive further into a new period marked by digitization and an emerging share economy, does it still have to be that way?

Not according to Tim Sylvester, founder of Missouri-based Integrated Roadways, a smart infrastructure technology provider that’s created a smart pavement system comprised of “precast concrete sections embedded with digital technology and fiber optic connectivity to transform ordinary roads into smart roads,” according to the business’ website. The business advertises itself as a means to turn roads into networks.

“When cities and states took on responsibility for financing roads 100 years ago, it was to promote the automobile,” Sylvester said, noting the economic implications of the auto when it was first invented. “Now the industrial age has come and gone, and we’re dealing with the age of knowledge and technology. It’s time for us to change the way we deliver public infrastructure in the same way we changed 100 years ago.”

In his perspective, Sylvester envisions a future where roadways are paved with supporting infrastructure for emerging technologies like 5G and self-driving cars, maintained through public-private partnerships like the way power or gas is provided to homes. Money could be made to maintain the roads through services embedded beneath the surface. Wireless signal emitters, for example, could connect devices and vehicles, serving as the technological backbone for smart cities.

It could fundamentally change the transportation industry. What would shipping look like if electric vehicles could be recharged—at a cost—while barreling down the highway at 65 miles per hour?

“The idea is to make the road pay for its own existence through the services it provides,” Sylvester said, noting he expects this transformative transit evolution to take place en masse within the next few decades. “If the road was charging fees for use, they would be self-supporting, and we would not be reliant on the politics of regular funding authorizations.”

The technology required to advance such a development is already here. Sensors, which could help keep autonomous cars on the road with the right application, have been around since the 1970s, antennas and communication tech also already exist, and wireless charging is rapidly advancing. It’s all just being repackaged for a new use. According to Sylvester, amid the technological revolution that’s well underway in communities across the nation, there’s also, increasingly, the political clout necessary to get such changes off the ground through recognition among public agencies of the need to modernize utilities for the future.

Advancements of tomorrow will require support from existing infrastructure. In some ways, future tech hinges on the grid. Automakers can’t justify the cost of installing wireless recharging receivers in vehicles if there aren’t yet transmitters in place. In this, the challenge faced by municipalities lies in finding sustainable ways to pay for upgrades upfront.

“Any city that you talk to is running millions to 10s of millions short of investing in their communities. They do not have access to investments for this kind of improvement,” he said. “Infrastructure that delivers commercial services needs to charge for those services—it would not be appropriate for tax money to be spent on charging and then commercial users gain the benefit that the public has paid for.”

Public-private partnerships and pavement lease agreements provide a possible solution, Sylvester continued, because utility providers could begin charging for the use of services like embedded 5G transmitters and sensors, for which there’s already a demand.

“Wireless charging is one of many benefits. The improvements are not predicted (to hinge) on one single source of revenue. Tollways are extremely risky because they have one way of making money,” Sylvester said. “There is no restaurant that sells one meal and only one meal.”

And because the roads produced by Integrated Roadways are modular, Sylvester noted communities can begin upgrading a little bit at a time. The precast concrete slabs (which are much stronger than asphalt) are designed with ports in them that can protect various wiring like fiber optic cables. Sensors allow the pavement to detect “positions, weights and velocity of every vehicle on the road, providing superior navigation and telemetry for … autonomous vehicles and capturing valuable traffic and usage data,” the business’ website says.