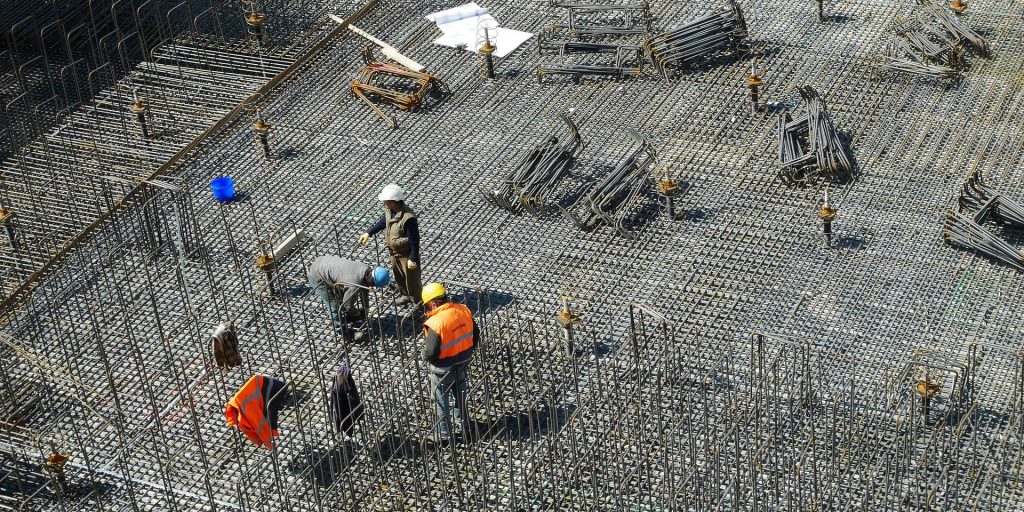 Study: More skilled laborers are needed ahead of infrastructure legislation

America’s roadways, bridges and dams are crumbling. But even though infrastructure is vital to the nation’s health, city managers are finding it difficult to fill key industry jobs. As lawmakers look toward infrastructure spending initiatives, addressing labor shortages should be a part of the discussion, according to a new report released Tuesday by the National League of Cities (NLC).

“As this report so clearly shows, infrastructure jobs are harder to fill than jobs in other industries, across all regions and all city sizes. As municipalities prepare to put infrastructure dollars to work, we must ensure that our worker supply meets business demand,” said Clarence E. Anthony, CEO and executive director of the city association in a statement introducing the report.

Between January and April of this year, United States businesses posted more than 6.2 million jobs. Of those, about 10 percent were somehow connected to infrastructure—related to its design, construction and maintenance, the report notes, citing data from the U.S. Bureau of Labor Statistics. The median time to fill infrastructure jobs throughout the U.S. was 23 days, compared to 19 days for all other types of positions. It took about six days longer than the median average to fill infrastructure jobs in the Northeast.

There could be a number of reasons for this.

For one, the pandemic has pushed people from the job market for a variety of reasons (logistical barriers such as childcare needs, changing work expectations and a desire for flexibility, retirement, and fear of COVID-19, to name a few).

Infrastructure jobs tend to require education beyond high school—yet compared to other fields, not that much training. At least 60 percent of infrastructure jobs required only six months of training, the report notes, and “Most Construction jobs only require a high school diploma and on-the- job training; however, there is currently a construction worker shortage of about one million workers in the United States.”

There are two ways administrators can address these shortages: they can either “upskill their existing talent pool to meet their needs or attract talent from outside the community,” the report says.

But it’s becoming increasingly difficult to attract new talent. Americans have gradually decreased their willingness to migrate for employment opportunities over the last few decades. And historically, certain populations have been disconnected from infrastructure careers. Shifting workers into the sector would require access to training and leniency on credentialing like on-the-job-training and apprenticeships.

“This makes talent shortages in highly specialized fields, like environmental engineering, much more acute—especially in areas where educational attainment and workforce skills are lagging,” the report says.

There’s a barrier inhibiting in-house promotions, too: there’s not enough money. Over the last two decades, “Federal funding for workforce development (has) been cut by nearly 40 percent,” the report says. Comparatively, “the U.S. invests just 0.1 percent of GDP on active labor market policies, less than any other industrialized country except for Mexico.”

“This has coincided with a lack of attention to, and declining investments in, career and technical education at the middle and high school levels from the federal government,” the report says.

“According to early estimates, an infrastructure investment at the scale of the bipartisan Infrastructure Investment and Jobs Act, which includes $550 billion in new Federal investment in America’s infrastructure, would create or save 15 million jobs over the next decade. However, the legislation does not contain a proportional investment in skills training to ensure a pipeline of workers are ready to build and maintain these critical assets,” the report says.

Without investment in the labor force along with the projects themselves, administrators “will be faced with mobilizing an under-resourced system to meet the employer demands that will come as a result of a federal investment in our national infrastructure systems,” the report concludes.

To meet these labor demands, the NLC recommends that city leaders sit down with employers and those who manage training programs to create goals and come up with a plan. Ahead of the predicted demand, data should be leveraged to prioritize occupations. Structural barriers should be addressed that could prevent potential laborers from entering the field. And city leaders should support their local workforce development boards, empowering them to take the initiative.