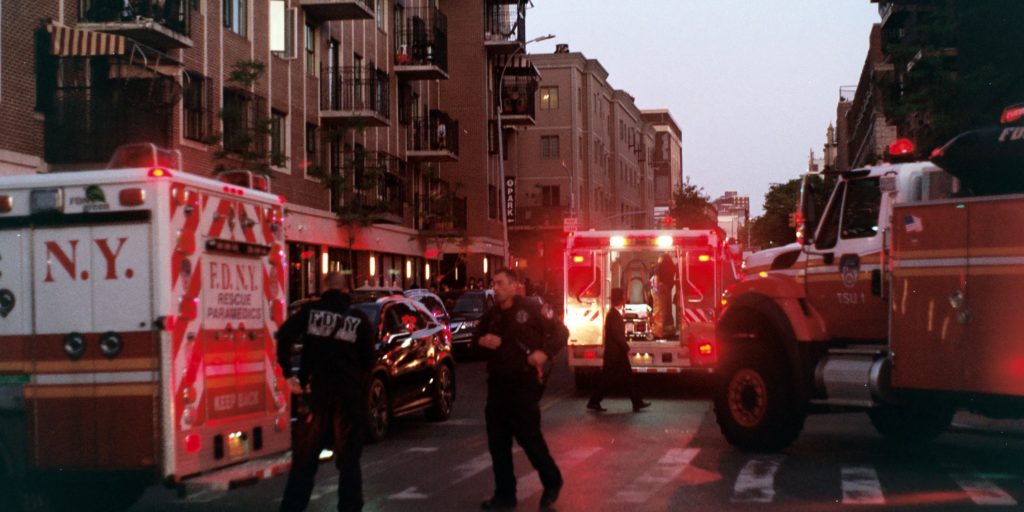 How to ensure interoperability in public safety

Interoperability—the capacity of distinct and unique systems to communicate with one another effectively—has always been a challenge in public safety. Fire, police, 911, EMS, schools and private organizations often face challenges to share data and communicate effectively across organizational boundaries. In many cases, important information fails to reach all stakeholders involved in emergency response, increasing the risk of serious consequences.

When systems aren’t interoperable, disjointed response efforts and information gaps persist, both of which can cost time and, in dire circumstances, lives. Without interoperability, key information remains siloed, leaving decision-makers in the dark. Response teams have limited visibility into the status of victims or how others are reacting to emergency events as they unfold.

Where there is no interoperability, there is little operational collaboration. When those entrusted with the safety of others aren’t able to effectively coordinate and communicate, the results are inadvertently duplicated efforts, neglected critical activities and unnecessarily delays in the heat of an emergency. None of these are acceptable in crisis situations.

While there is broad recognition that interoperability in public safety is crucial, there are several challenges slowing much needed progress.

Industry standards need to be updated

Innovation and the tedious process of creating industry standards are often at odds with each other; however, in public safety, standards are critical. Standards enable interoperability but also ensure compliance with security best practices, privacy laws, and can reduce integration costs and risk. If done correctly, well written standards actual foster public-safety grade technology advancements.

Unfortunately, making changes to outdated standards and getting multiple parties—state and local officials, federal regulators, service providers, etc.—to agree on how to move forward is difficult. Equipment and technology vendors also sometimes have a vested interest in maintaining the status quo. Interoperability can pose a risk to any competitive advantages gained through selling proprietary solutions or products. By mandating interoperability, legislators give public safety entities more choices around what systems they implement in their cities.

Second, public safety is inherently about reducing risk and, as a by-product, public safety practitioners are rightfully deliberate in selecting and rolling out technologies. Lives are at stake. However, the timelines for implementing new technology for the public good are sometimes further slowed by a lack of priority in budgeting or agreement from elected officials. For example, Congress didn’t create the First Responder Network Authority until 2012, more than a decade after the September 11 attacks that highlighted major radio interoperability issues that needed solving. FirstNet finally launched in 2018 and is still rolling out across the country, with application vendors finally taking advantage of the promise this robust public safety broadband network provides. Similar challenges exist with broad adoption of Next Generation 911. After many years of work, the 911 industry created standards for the systems and processes to IP-enable 911, allowing residents to communicate with emergency services across the wide spectrum of media types with which they have become accustomed and providing 9-1-1 centers with the redundancy and call transferring capabilities available to many commercial call centers; however, roll out of the technology has been slowed in many areas by funding challenges.

Best practices for data sharing need to be implemented

Third, it’s not uncommon for public safety officials to have the wrong data-sharing mentality. Some are fearful that outside parties could find errors or issues in their data. Others don’t consider open collaboration a best practice. It’s these beliefs that prevent local leaders from becoming champions of positive change that ultimately improve public safety.

While public safety needs to safeguard data security and data privacy, protocols for data management are well established to enable critical data sharing to aid in emergency response. Critical details, such as building floor plans, real-time location data and medical conditions, can make all the difference in responding to a crisis scenario. Often, an overly siloed view of data sharing actually introduces liability and risk to a region that fails to implement best practices because of unwarranted concerns.

The key to mitigating these risks is to incorporate the right technology solutions with the right organizational mindset. Technology can drive interoperability, enabling data-sharing and real-time communication between numerous organizations. For example, advances like cloud-based CAD and IP-enabled 911 systems are enhancing the ability to disseminate crucial information quickly and at scale.

Any solutions that get adopted must address the underlying needs of public safety entities. Officials should solicit feedback from people across the region and identify the challenges that prevent them from performing at the highest level. They must also avoid the temptation to assume they know what the safety ecosystem is missing until they’ve had the opportunity to discuss it with those who spend time on the ground every day.

Going forward, leveraging technology and providing education on the value of interoperability will only become more important. We need forward-looking public safety officials to prove what’s possible when we work together, empowered by modern emergency response technology.

Todd Piett is the CEO of Rave Mobile Safety. He joined Rave in 2005 and today runs the global organization that has its technology deployed at thousands of colleges, universities, businesses and communities. Prior to joining Rave, Piett was responsible for launching new products for Unica Corp., where he helped drive their successful IPO. Previously, Piett was vice president of product and marketing for iBelong, a portal provider targeting affinity organizations; and a program manager at Dell Computer where he launched Dell’s branded ISP. Piett graduated with honors from the United States Military Academy at West Point and holds an MBA from Harvard Business School. After graduation from West Point, he served seven years in the U.S. Army as an aviation officer.