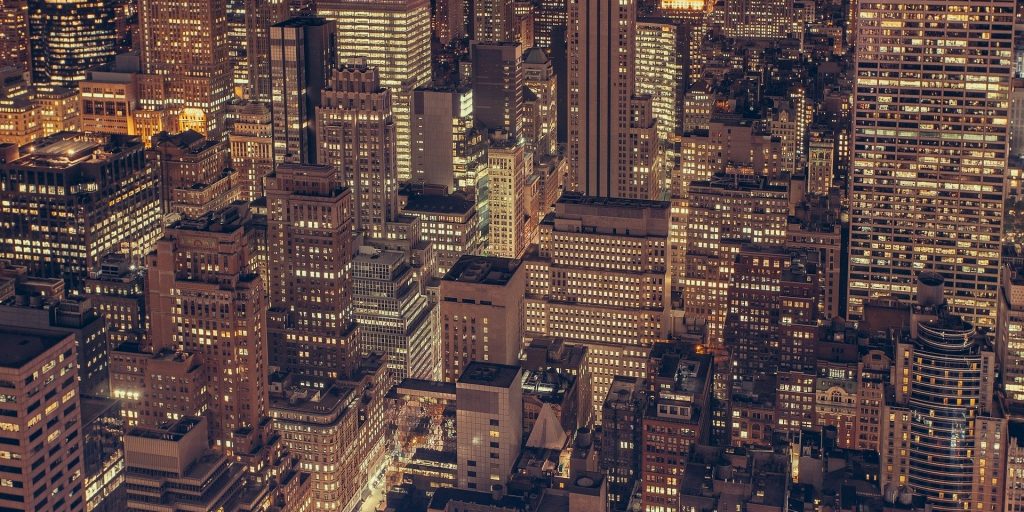 In slow recovery, an evolved New York City could emerge from the pandemic’s shadow

Seemingly overnight, the city that never sleeps ground to a screeching halt. Recovery since then has been slow.

Of the nearly 900,000 jobs in the city that were lost early on in the pandemic, about half have returned, according to a brief issued Tuesday by The Public Policy Center of The Conference Board, a New York City-based nonprofit research group. The city’s economic emergence from a year of hardship “has so far been an unbalanced one, lagging behind other major U.S. city centers,” the report says.

And on its journey toward normalcy, the city is faced with a changing economic landscape that’s been accelerated by the pandemic.

Throughout the spring of last year, New York City was the epicenter of the first wave of infections that swept across the United States. At the height of COVID-19 lockdowns, the city’s metropolitan area, which includes sections of New Jersey and Pennsylvania, lost more than 2 million jobs—20 percent of its total workforce.

Comparatively, the national average was a little more than 10 percent.

One year later, cities across the nation have seen many jobs return and, even with infection rates again on the rise, the American economy seems to be regaining its strength. For example, Chicago’s unemployment rate has declined from around 14 percent last April to around 8 percent currently; Philidelphia’s unemployment rate has rebounded from 17 percent to about 7 percent; Boston’s has recovered from an estimated 18 percent to a little less than 6 percent—which is the current national average.

Among the sectors of New York most impacted this past year, restaurants, bars, hotels and entertainment venues took the brunt of it. Those sectors remain economically dampened. Down by nearly two thirds at the pandemic’s height, unemployment in New York’s leisure and hospitality industry remains about a third below pre-pandemic levels.

But while most cities in the northeast and the New York metropolitan area (8 percent unemployment) seem to have found a steady path toward recovery, the city itself lags behind, with one in 10 people still out of work. In the boroughs, the pandemic’s economic repercussions linger. The study notes that unemployment in the Bronx, especially, remains significantly more elevated compared to pre-pandemic levels.

Even before the pandemic, New York’s economy—like that of many other cities across the United States—was evolving. For several years prior to 2020, the city’s finance, insurance and real estate sectors “were a drag on the city’s economic growth, while health- and tech-related industries were gaining momentum,” the report says.

In the pandemic’s vacuum, with so many people working from home due to stay-at-home orders and many offices still vacant, the report relates that a new city could emerge.

“Tech jobs were already driving much of the employment growth in NYC before the pandemic. And while office and residential buildings emptied out during the crisis, big tech companies—including Amazon, Apple, Facebook and Google—have increasingly moved in, expanding their office and warehouse spaces and accelerating hiring,” the report says.

This shift can be glimpsed by inspecting the sectors of the city that are recovering the fastest: With the hospitality and financial sectors still in a slump, much of the “ongoing economic recovery has been concentrated in health care, life sciences and the growing tech industry, sectors that were strengthening prior to the pandemic,” the report notes.

As the global economy gets back on track, the report lays out a few ways that New York can better adapt to its changing landscape: Invest in a life sciences ecosystem and promote the city as a bio-innovation hub; build on the city’s already highly ranked hospitals by attracting new talent and constructing research centers; and expand its burgeoning tech industry.