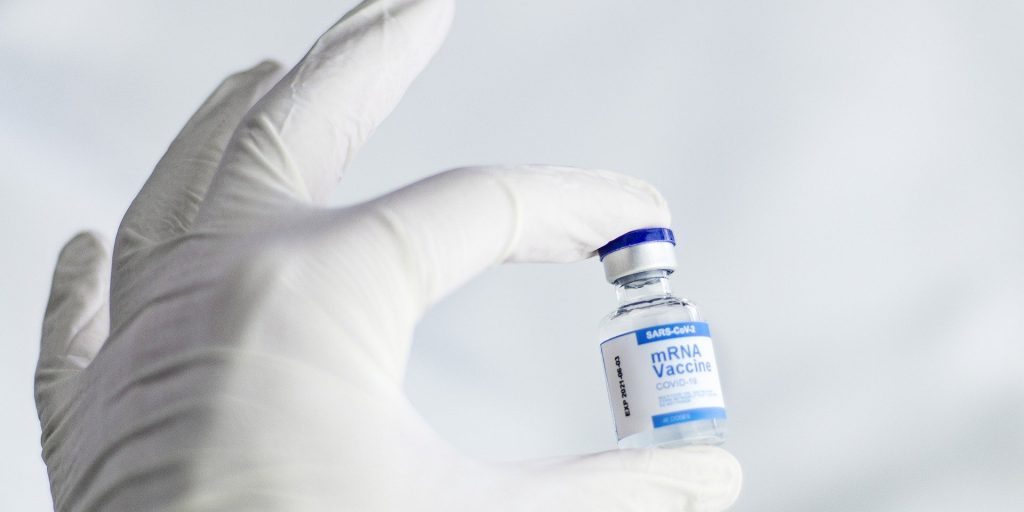 With COVID-19 rates spiking sharply across the country of late, metropolitan centers across the United States are taking steps to quell transmission—some moderate, others drastic.

Mayor Bill de Blasio announced Tuesday that New York City will require anyone patronizing a restaurant, fitness or indoor entertainment center to show proof they’ve been vaccinated. The new policy will be phased in gradually after going into effect Aug. 16.

“It will require vaccination for workers and customers in indoor dining, in indoor fitness facilities, indoor entertainment facilities. This is going to be a requirement. The only way to patronize these establishments indoors will be if you’re vaccinated, at least one dose,” de Blasio said. “The goal here is to convince everyone that this is the time. If we’re going to stop the Delta variant, the time is now. And that means getting vaccinated right now.”

Over the course of a month or so, de Blasio said the city will work on “educating people, going out to businesses, receiving calls from businesses, answering questions and concerns, making sure everyone understands the new approach. And then, on Sept. 13, during that week, we’ll begin inspections and enforcement.”

The mid-September deadline is notable because the week after Labor Day is typically when activity in the city starts to ramp up, he continued. Proof of vaccination can come from either a card, the NYC COVID SAFE app, or the state’s Excelsior app.

“Everyone, this summer already has been amazing in this city and a lot more to come. This approach has got to make clear—if you want to enjoy everything great in the Summer of New York City, go get vaccinated. It will do for you so many things. It will make your life better. It will make all our lives better,” de Blasio said.

So far, New York City is the only American municipality that has implemented such a mandate. It’s a controversial step.

“Whether we talking about this from the standpoint of, you know, as a way to, after—during slavery, post-slavery, as recent as, you know, what the immigrant population has to go through,” Janey said, adding, “We’ve heard Trump with the birth-certificate nonsense. Here, we want to make sure that we are not doing anything that would further create a barrier for residents of Boston or disproportionately impact BIPOC communities.”

Janey later clarified her remarks via a Twitter thread, saying local governments and leaders “must consider our shared history as we work to ensure an equitable public health and economic recovery.” As for preventative measures Boston is taking, Janey said, “we are using data to inform targeted public health strategies. This includes meeting with restaurants and bars to discuss overlaps between their clientele and new COVID-19 case trends.”

Elsewhere, most large cities and counties are reinstating or putting into affect at least some sort of policy aimed at halting the rising spread of the coronavirus through local communities—even if state policies are more restrictive.

Miami-Dade County, for example, has reinstated its mask mandate per the recommendation of the Centers for Disease Control (which backtracked its masking guidance for areas with high transmission rates). At the same time, Florida Gov. Ron DeSantis has issued bans on some preventative like vaccine passports. And most recently, DeSantis signed an executive order withholding state funding from school districts that require students to wear masks. In a statement, Miami-Dade County Mayor Daniella Levine Cava cited “an enormous and alarming rise in COVID cases across our community” as her reason for reinstated the mask requirement.

With vaccination rates nationwide cresting 70 percent in eligible Americans, governors, mayors and municipal leaders are simultaneously stepping up rhetoric in correlation with the stricter prevention policies.

“Please get vaccinated if you are not already. Period. These folks back there have lost their minds. You have lost your minds,” said New Jersey Gov. Dunton Murphy, directing his comments to protestors at a bill signing event in Union City Wednesday, as documented in a transcript video captured by NJ.com. “You are the ultimate knuckleheads. Because of what you are saying, people are losing their life.”

Likewise, employers in both the private and public sectors are within their rights to require that employees be vaccinated—a step that’s been taken by hundreds of public universities and private companies including Walmart, Google, Tyson Foods and Uber, among others.

The federal government along with the states of California, South Carolina, New Jersey, Massachusetts and New York have likewise exercised the same right in mandating vaccinations for at least some employees. The Office of Equal Opportunity and the U.S. Justice Department recently ruled separately that such action is legally acceptable.