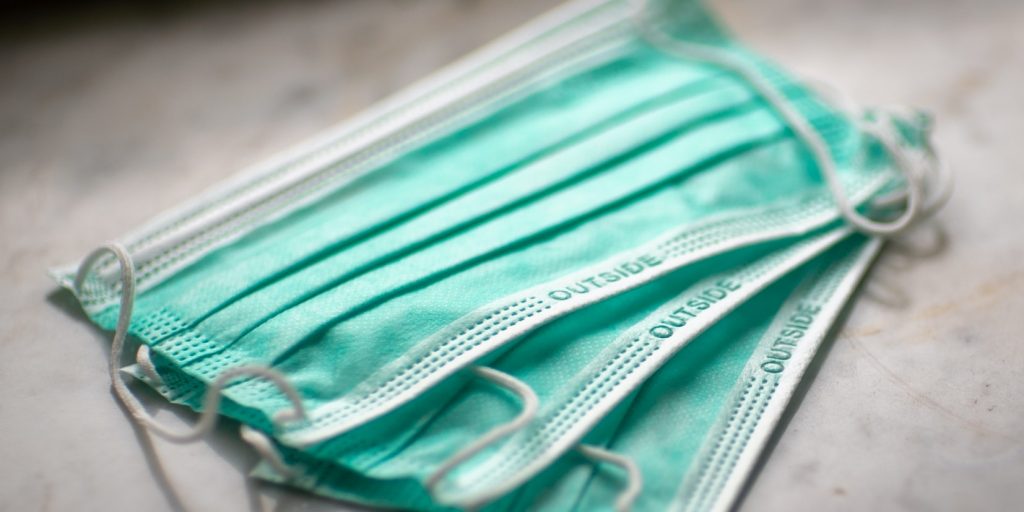 We all know the gruesome numbers that detail the coronavirus’ devastating impact on the United States. As of late October, 220,000 Americans had died and more than 8 million had been infected by the disease. The numbers – and the individual stories behind them – are heartbreaking. Those numbers would have been even worse if it were not for two sets of heroes.  The doctors and nurses treating COVID patients get tremendous and well-earned credit for their bravery, putting their lives on the line to save the lives of strangers. But standing right behind those medical workers was a much less heralded, but equally impactful set of heroes who did extraordinary things during the pandemic: the public procurement professionals in federal, state and local government.

I had the good fortune to sit down (via Zoom) with Gary Lambert, Assistant Secretary for Operational Services and the top procurement official from the Commonwealth of Massachusetts.  His story is like the dozens I have heard since March where procurement officials showed incredible ingenuity, creativity, dedication, and teamwork to save the lives of frontline workers in health care facilities.

There was little that Lambert had not seen in state government. His career working for the Commonwealth began in the early 1980s. After a series of promotions, he ran procurement operations in the Operational Services Division (OSD) from 1991 to 1999. After a dozen years consulting with governments for a major technology company, he returned to government service at OSD in 2011 where he has served as state CPO ever since. The understanding about state government and the relationships he built in decades of service would figure prominently in Lambert’s and OSD’s success story.

COVID-19 announced itself in Massachusetts in a serious way with the Biogen conference held in Boston in late February. Perhaps the first super spreader event in the US, the gathering made national news as nearly 100 attendees became sick. By mid-March, as state employees began working remotely and people began being isolated, Lambert recalled that, “given the speed of all of this, we knew we had some issues to deal with pretty quickly.”

It was apparent from day one that significant supplies of personal protective equipment (PPE) would be required to keep medical workers safe. It was also clear early on that this would be the procurement challenge of a lifetime for Lambert, OSD and government buyers across the world. “You could see it when you were doing the initial orders. Things weren’t coming in 24 or 48 hours like they normally were,” said Lambert. The supply chains of Fortune 100 companies that supplied the Commonwealth were breaking. They were unable to deliver the lifesaving gowns, masks and gloves. “You start coupling that with demand and say, ‘How are we going to deal with this? Where are we going to find this stuff’” if major distributors themselves were unable to acquire it.

While traditional suppliers were unable to provide PPE, new suppliers were coming out of the woodwork. “The flood gates opened up,” said Lambert. “Anybody and everybody who thought that they had PPE was knocking on your door, sending you an email, reaching out through various channels,” trying to sell PPE to the state. Years of working in government procurement taught buyers to set up contracts through a formal, competitive process, to look for the lowest cost solutions and to only pay after delivery. But with lives on the line and the clock ticking, Lambert had to re-write the playbook.

“One of the things we did almost immediately is we said we are going to have to change the way we are going to do this buying. The conditions are so different. So, we notified everyone that we were doing that. And we set up a three-tier structure.” The first was statewide contract holders who sold medical supplies. If these providers did not have PPE available, the second tier was statewide suppliers on non-medical contracts. And like most governments this year, OSD relied on a third tier of suppliers who held no state contract at all, but who buyers felt could provide the state with quality products in a reasonable amount of time. With the third tier, OSD set up simple contracts through purchase orders and bought as much as they could.

Eventually, Lambert and his colleagues recognized that to meet the seemingly unending demands for PPE they would have to turn to China. Leaders from all walks of life across the state stepped forward to help. Executives from companies like Bain Capital and others made introductions to business executives in Asia. The state’s congressional delegation facilitated discussions. The governor engaged with the Chinese consulate. Every stone that could be turned over was turned over to gain entry to China’s manufacturing market.

The Commonwealth assembled a team of supply chain, manufacturing, logistics and legal executives on the ground in China. OSD secured the services of an aggregator who had the right licenses to export medical products, helped them identify where the products were, secured the products and got them onto trucks waiting outside the factories. But getting the PPE onto trucks was only half the battle.

“Another new business for us quickly came to the fore, which was how do you actually rent cargo planes? And how do you get the logistics services that you need to get it from the factory to the airport, through customs, onto the plane to get to the United States,” Lambert asked rhetorically.

Governments learned that speed would be the most important attribute in sourcing PPE. “The aggregator might identify that there are 4 million masks at this factory [which is a] 20-hour drive away from Shanghai airport. But unless you got there in time to buy those 4 million masks, they were gone and then the quest was on to find them somewhere else. You had to be really fast. You had to be really nimble.” The team convened a nightly 8:00 pm ET call with the aggregator, trucking firm, cargo plane operator and lawyer to make sure nothing slipped through the cracks and to respond quickly to any changes on the ground. The pressure was intense. “We had to move fast because we were going to lose stuff if we didn’t secure it. And even if we did secure it, you couldn’t really just leave it sitting around because you really needed it back here.” Compounding the time pressure, Chinese airports were getting backed up with so many planes that each aircraft could only stay for a short period of time before it was forced to leave the airport. Empty planes whose customers didn’t fill them with cargo fast returned to their home countries with nothing.

Against all these pressures and challenges, the team at OSD succeeded by any measure. “In the course of basically eight weeks, we went from wondering how we were going to get stuff to actually flying in six and a half flights, which totaled just under 8 million pieces of PPE … It was just phenomenal that we were able to get all of the right pieces in place to get all of that done so quickly,” Lambert said.

While COVID-19 was the worst crisis that any of us have ever lived through, public health officials warn that other pandemics could arise in coming years. What were the key lessons learned that were vital to Massachusetts’ success in Lambert’s opinion:

But perhaps the most important lesson that a purchasing professional can learn from the Massachusetts experience is that leadership is about celebrating your teammates’ successes rather than your own. As our nearly hourlong conversation came to an end, Lambert praised his colleagues for their central role in the effort. “It was heartwarming to see how so many people stepped up and really put in a ton of extra effort and energy. And not only that, the passion behind it, both in OSD, in the Emergency Management Agency, command center, governor’s office to make it work. These are people who just said, ‘What do you need? How can I help?’ And that was what really made this work. I happen to be one of the people in the middle of it, but it was really the group,” Lambert humbly concluded.

David Yarkin is the former Chief Procurement Officer of the Commonwealth of Pennsylvania and a nationally recognized expert on procurement innovation in the public sector.  David is the CEO of Procurated, a supplier ratings and review platform for government and the President of Government Sourcing Solutions, a supply chain consulting firm that has worked with 34 states and many large municipalities since its founding 15 years ago.