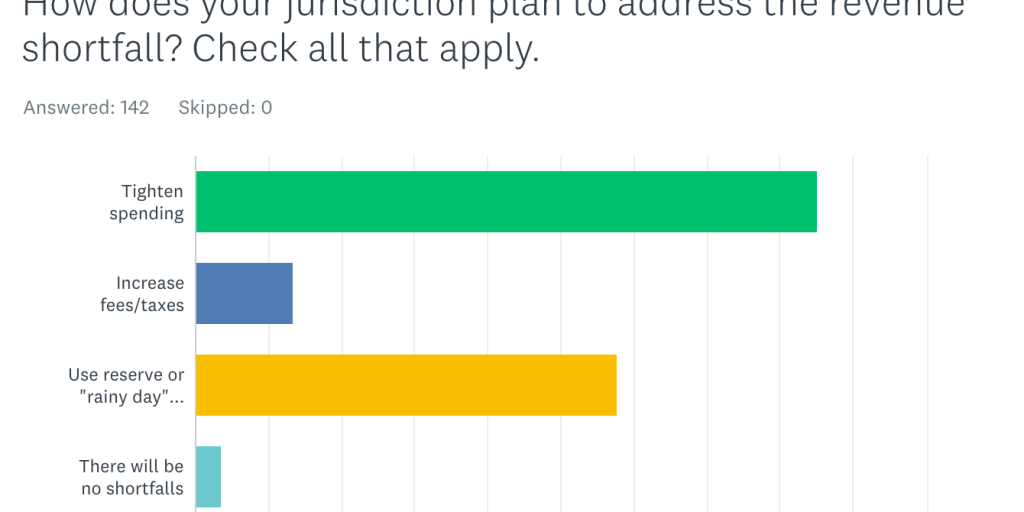 To better understand the social and budgetary landscape of the post-COVID-19 world, American City & County has issued a series of surveys to take the pulse of its readership. Although the most recent results paint a picture of financial uncertainty, it also shows local government’s resolve to provide uninterrupted service.

The results indicate that failing an influx of stimulus money, 68 percent of respondents would experience a budget shortfall between 1 and 25 percent. The vast majority planned to cover the gap by tightening spending or tapping into reserve funds. 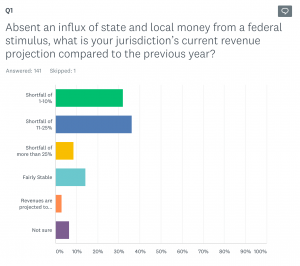 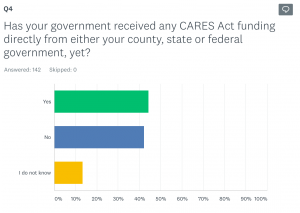 While most indicated that their budget plans for various functions remained about the same, it’s worth noting the biggest cuts were slated in buildings and facilities, public works/transportation, fleet management, grounds maintenance and parks and recreation.

Respondents indicated there were several budgetary priorities, though, slated for growth despite their uncertainty. These included healthcare benefits, public safety and infrastructure. Also worth noting is that a significant majority – nearly 70 percent of respondents – said they were not considering cutting their public safety budget, but 21 percent indicated they were exploring their options. 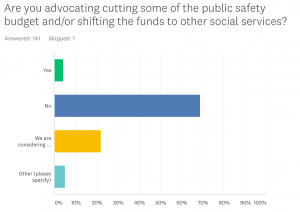