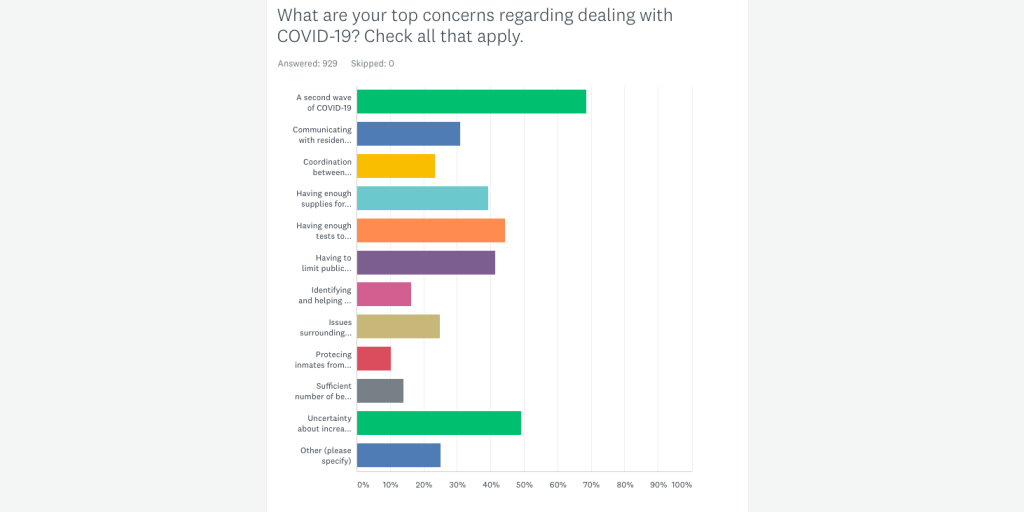 American City & County recently polled its readership to understand their worries during the continued pandemic. A second wave of COVID-19 infections topped the list of concerns.

Economic and social pressures are causing communities to consider relaxing their shutdowns, despite warnings from the medical community that doing so prematurely might set off a second wave of infections. Nearly 68 percent of respondents indicated they shared this fear; however, it’s important to note that 49 percent of respondents also indicated uncertainty about increased costs also weighed heavily on their minds. Below is the complete list of responses: 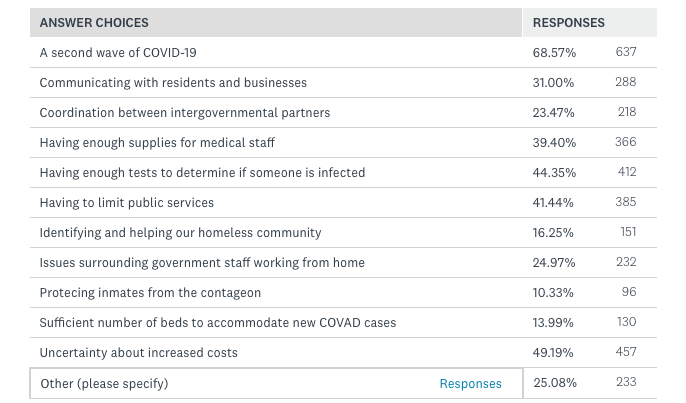 The reality – seemingly confirmed by our data – is that state and local leaders are mostly concerned with the balancing act they’re currently performing, that is, doing what’s best for their residents in terms of their health and in terms of their livelihoods. Numerous factors play into these difficult decisions and each community’s response will depend on their individual needs; however, leaning too far one way or the other could end in disaster.

Also high on the list of concerns were having enough tests to determine infection rates, having enough medical supplies for health care workers and having to limit public services to slow the spread of the virus.