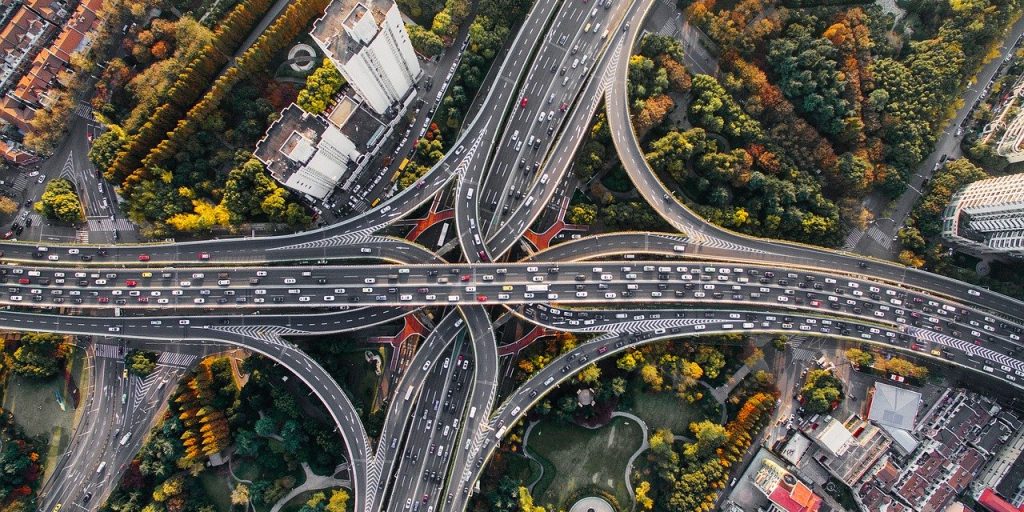 Despite these challenges, some cities are managing to get growth “right” through better policies and technology. Smart mobility technology fuels connected and sustainable cities and addresses growth problems head on.

Civic leaders are now realizing what steps they can take to incorporate smart mobility into their respective infrastructures to create better places for their residents to live and work.

The real (revenue) problem with congestion

Traffic congestion is more than a mere inconvenience for drivers. The bigger issue may be in its direct impact to the revenue of local economies. INRIX found the total cost of lost productivity in the United States caused by congestion to be $87 billion. To address this problem, cities historically widen roads and highways. However, construction often exacerbates the problem.

For cities to truly manage their respective congestion, leaders need to deploy smart mobility initiatives that are technology-based. The City of Miami provides a great example of how such a deployment successfully tackles city traffic congestion.

The Greater Miami area is the fourth largest urbanized area in the United States behind New York City, Los Angeles and Chicago. Miami-Dade County includes the cities of Miami, Miami Beach, Coral Gables and Hialeah and has a population of approximately 2.7 million people. Additionally, Miami-Dade has a large number of overnight visitors – a figure topping more than 16.5 million in 2018, according to the Greater Miami Convention and Visitors Bureau.

Miami realized it needed a sound and strategic technology infrastructure to support its rapid growth – especially in one of its most challenging areas, parking. The city deployed technology designed to reduce labor and hardware maintenance costs. At the same time, Miami wanted to ensure its parking infrastructure included an increased level of security.

As a value add, the selected technology provided Miami with the ability to analyze data – information that helped boost consumer engagement through rewards, special promotions and discounts. Miami eventually eliminated 50 percent of its multi-space machines and 99 percent of the on-street single-space meters.

In its most recent report, the American Society of Civil Engineers gave the U.S. infrastructure a grade D+, or poor rating, citing America’s infrastructure as impeding the nation’s ability to compete in the thriving global economy. It further noted that improvements are necessary to ensure the country is built for the future.

Pointedly, the report cited “more than two out of every five miles of America’s urban interstates are congested, and traffic delays cost the country $160 billion in wasted time and fuel in 2014.”

Other mobility channels will help tackle this revenue drain. For instance, cities can leverage ridesharing to reduce the volume of vehicles on the road but must include technology that helps makes this mode of transportation work efficiently.

By encouraging ridesharing capabilities just one day a week, traffic can be reduced by 20 percent, according to a report published by PayByPhone, Liftango and movmi. This results in a reduction of carbon emissions by more than 1,500 pounds per year.

Smart mobility is more than a buzzword. The quest to create healthy, thriving cities is an ongoing process. It will require more than one strategy and lots of iterations depending on the specific city challenges and growth patterns.

Today’s city planners understand the role of smart mobility and its importance in ensuring the safety and vitality of their respective cities. With the appropriate technology in place, cities will rise beyond their population growth and create communities in which their residents and visitors engage and thrive.

Roamy Valera is the CEO, North America, of PayByPhone. In his role, Valera oversees the day-to-day operations of PayByPhone in the U.S. and Canada and leads the development and execution of the company’s growth strategy throughout North America. He also works closely with PayByPhone’s global executive team to develop and implement corporate strategy. Valera has nearly 30 years of parking industry experience.