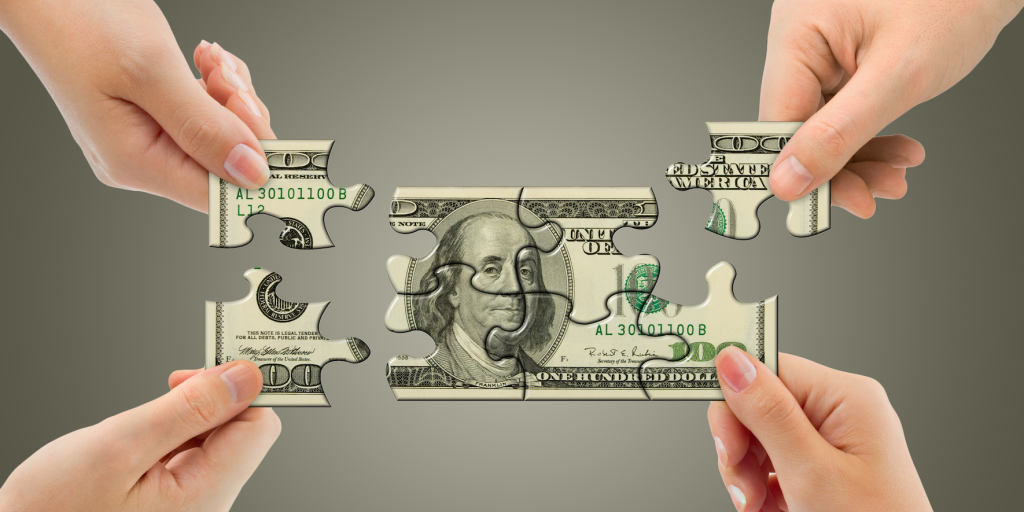 Combining spend to leverage savings is a contracting method that brings more “bang for the buck” purchasing for any organization. Cooperative procurement takes the concept further by combining the spend of multiple government entities for an awarded contract, thereby creating even greater savings.
Endorsed by the American Bar Association, and widely adopted by states, municipalities, school districts and universities, cooperative contracts have been used over the past decade for commodities such as office and janitorial supplies, computer systems, heavy equipment and those supplies needed to operate any government or education operation.

Staffing levels is also a principal issue with the attrition of retiring employees as well as the growing gap between public and private sector wages, leaving many procurement offices across the country woefully understaffed. “It is no coincidence that the same procurement leaders who raise staffing levels as a top issue also cite cooperative purchasing as a key focus. Cooperative purchasing enables not only the pooling of purchasing power, but the pooling of purchasing staff resources,” Smith says. “Using a cooperative contract frees up existing staff time to focus on those categories for which a cooperative contract is not easily available.”

The evolution and support of this contracting methodology is further outlined in a recent Harvard Kennedy School of Government publication, Cooperative Procurement: Today’s Contracting Tool / Tomorrow’s Contracting Strategy. According to the white paper, “Cooperatives have evolved to provide a wider variety of benefits to procurement officials and vendors, offering increasingly complex services adaptable to a growing participant pool. Expansion of offerings and targeted attention to best-in-class contracts have furthered their value proposition.”

Contracts extending beyond goods and commodities is further supported by the cooperative industry. “Cooperative/Group Purchasing contracts were initially created to aggregate volume and leverage the purchasing power of a group, which drives deeper discounts and greater overall value to the constituency of the group. The industry is changing rapidly, from greater consolidation to venturing into new and unchartered waters of contracting,” says Gary Link, Chief Business Development Officer for E&I Cooperative Services.

Cities Collaborate to Benefit the Environment
With more than 10 million public and private fleet vehicles currently on the road using more than 95 percent petroleum-based fuels, municipal fleets have an opportunity to lead the future of environmental impacts through transportation choices. While electric vehicles (EV) have been readily adopted by the public, governments also realize that using electricity as an alternative energy source can drive sustainability initiatives.

Climate Mayors, a bi-partisan group of peer-to-peer coalition of over 400 U.S. Mayors, was formed to work together on climate change by taking meaningful actions in their communities. On September 11, 2018, City of Los Angeles Mayor Eric Garcetti launched the Climate Mayors EV Purchasing Collaborative, where municipal fleets announced a large-scale commitment to electrification. The Collaborative brings together Climate Mayors, Sourcewell, and the Electrification Coalition to create a nationwide cooperative contract.
The resulting Sourcewell cooperative contract leverages greater purchasing power for participating cities and counties by offering a first-of-its-kind, one-stop platform. The online system provides access to competitively solicited electric vehicles and charging infrastructure, as well as leasing options that can monetize state and federal tax credits. The national contract means that EV models are now available to fleets across the country, regardless of local dealership inventory.

As many cities have climate action goals, the use of EVs can reduce GHG emissions and/or petroleum use. Additional vehicles will be added – light, medium and heavy vehicles and buses – as they come to market. As of April 2019, 43 cities and five counties have committed to procuring 953 light-duty EVs by 2020, thereby helping to reduce U.S. dependence on foreign oil and avoiding an estimated 4,400 metric tons of greenhouse-gas emissions annually.

“We’re excited to be part of something so outside-the-box when it comes to sustainability and environmental responsibility,” says Sourcewell’s Tom Perttula, Manager of Contract Administration.
Construction is Newest Trend

Over the past decade, construction has been a growing area within cooperative contracting options. In September 2016, residents of Sheridan School District passed a 3.8 millage increase, to use these funds toward the greatest facility transformation the district has ever seen. As the 5th largest geographic school district in Arkansas, and second largest employer in Grant County, the District serves a population of 4,200 students.

While the project would deliver upgraded 21st century buildings, the district also wanted to honor the history of its oldest building – the Central Administration building. Built in 1913, this county landmark served as Sheridan’s first high school. According to Roy Wilson, Advanced Placement Coordinator and 45-year Sheridan School District veteran, “Sheridan’s 1913 school building was built because visionary leaders wanted something better for the young people of this area. At that time, 52 separate one- and two-room school districts existed across Grant County. People sacrificed to support this first brick school during a time of great poverty, when most of the families in this area were subsistence farmers. This century-plus school building reflects the hopes and dreams of those residents and students who wanted to uplift their lives through education. By preserving this building, it will continue to be a symbol of tradition for our residents as the school district builds for the future.”

Since roof repairs and replacements were a significant part of the improvement project across the seven campuses, the district pursued a comprehensive approach. By contracting with RoofConnect, through the OMNIA Partners Public Sector cooperative contract, the company addressed the varying needs of the independent campuses, using the latest technology and materials to modernize the building infrastructure, while honoring the historical significance of the Central Admin Building. According to “We have been able to do more with less by taking advantage of cost savings generated by the cooperative program, such as the value-added maintenance program,” says Sheridan’s CFO Heather Szeflinski

“The Sheridan roof program was groundbreaking in many ways, and this entire program could not have been possible through the traditional public bid process. Unbelievable savings were realized by viewing the roof as a 20-year asset instead of a 1-year expense. While Sheridan’s expenses increased the first year, they have received savings and better performing roofs over a 3-year period. Annual leak calls have decreased by 80 percent. With decreased leaks, possible future savings include reduced water damage to roof insulation, decks and structural problems as well as mitigated slip and fall litigation or even worse, an injured child,” says Wade Crosswhite, RoofConnect’s Vice President of Sales.

Disaster Recovery Efforts Supported
In the annual Disaster Relief Fund report to Congress, FEMA estimated over $7 billion of funding is needed to support public entity disaster recovery efforts for 2019. While there is a benefit to accessing these critical funds for municipal governments, there can be a substantial burden to comply with the rules and regulations tied to their use. Until an emergency, most government teams are unfamiliar with FEMA procurement regulations, creating a recipe for significant financial exposure due to a procurement misstep.

While federal procurement standards encourage the use of cooperative agreements to foster greater economy and efficiency, FEMA’s position was initially reserved. In a FEMA fact sheet (January 2018), it advised public entities to exercise caution and limited use to only same-state cooperative purchasing programs. However, with Hurricane Harvey and overwhelming use of cooperative agreements for recovery, Dr. Kim Abrego with Disaster Recovery Services, shares that a positive shift in perception resulted, as the federal government begin to realize the benefit of immediate access to compliant contracts. As a result, FEMA expanded their acceptance of cooperatives and provided further guidance on contract compliance evaluation for recovery success (FEMA Fact Sheet, September 2018). With this change, many Texas public agencies recovering from Hurricane Harvey were able to purchase commodities and services offered through cooperative contracts. “Our district would have been delayed in our recovery efforts by at least three to six months without the immediate access to resources that the Choice Partners cooperative agreements afforded us,” says Mike Seale, Humble Independent School District CFO.

Jeff Drury, Choice Partners Director says Choice Partners is committed to supporting its members with their FEMA recovery efforts. “We are investing more time and resources into incorporating lessons learned from Harvey into new initiatives, including member education and access to subject-matter experts to help strengthen recovery success in future disasters.”

National Contracts Benefit Local Businesses
When a legislative body enacts a law to promote contracting with local businesses, it is procurement’s role to make it happen. Instead of going out to bid, and taking a chance whether a local business may qualify, many organizations are turning to cooperative contracts. While these contracts are awarded at a national manufacturer level, they are generally serviced through a local distributor or dealership.

OFS, a national manufacturer of furniture for government, schools and university environments has seen a growth in cooperative contracting over the past decade. “Government customers have been moving toward cooperatives, and our OMNIA Partners contract is often the key to unlocking opportunities. We have hundreds of small local businesses [dealers] representing OFS across the country, allowing us to provide the local business participation desired by agencies to meet their goals,” says Anna McClelland, OFS National Account Director.

One dealer in Charlotte, NC, John Skipper from Jack Fetner Associates Inc., touts the benefits of using a national cooperative contract that promotes the use of local businesses. “The state contract has a limited number of product categories, services and dealers, so using a more comprehensive cooperative contract offers product flexibility and greater access to added-value features. Our government clients appreciate having a choice of local dealers.” Also, dealers no longer need to respond to multiple small bid opportunities. Responding to the typical government bid can easily take up to 40 personnel hours, which require resources that smaller dealers cannot often commit. “When our dealers are using the cooperative contract, they can respond quickly to their clients with pricing that is not only competitive, but consistent,” McClelland says.

Interest in cooperative purchasing is increasing in Canada. Called “group purchasing,” Canadian public agencies are actively pursuing information on using cooperative procurement. A newly created cooperative organization – Kinetic GPO – formed solely to provide for the Canadian marketplace, offers newly awarded contracts for Canadian public agencies to leverage savings, while providing an avenue for awarded companies to expand their government business. “The recently enacted Canadian Trade Agreements have enabled a broader number of public sector entities to utilize group purchasing to drive additional efficiencies for their organization,” says Chris Penny, CEO for Kinetic GPO. “While we are in the early stages of building a national GPO, we are seeing signs that this phenomenon will quickly scale across Canada.”