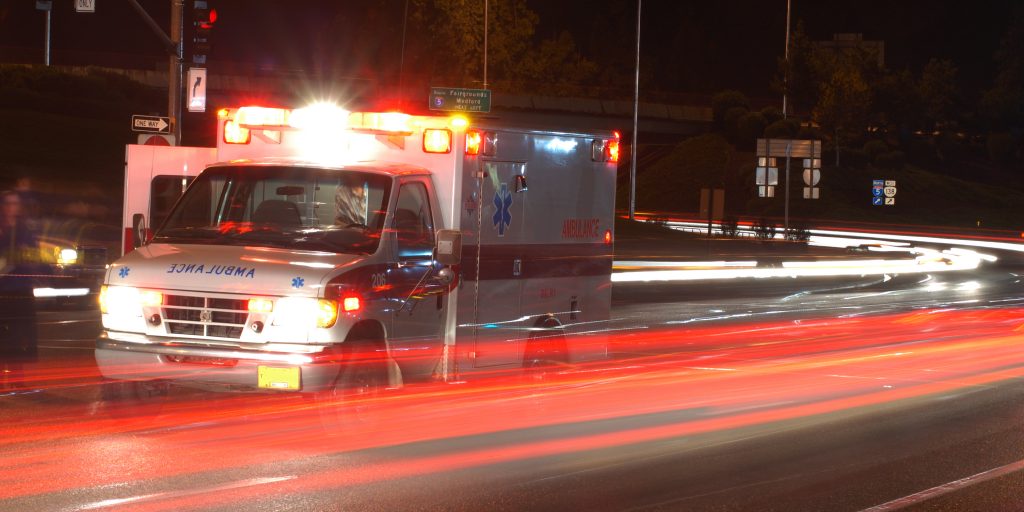 EMS professionals face many dangers on the job, and local leaders should be doing more to protect them

Last month, paramedics in Appleton, Wis., were called out to attend to a man who had collapsed on a public transit bus from an apparent drug overdose. A short time later the patient, along with an attending firefighter, were dead.

When paramedics arrived on the scene, they treated Ruben Houston with two shots of Narcan – a drug that reverses the effects of opioid overdoses, according to an ABC affiliate. When Houston came to, he was able to walk off the bus. Paramedics and police officers on the scene tried to convince him to seek additional medical assistance, but Houston refused.

Sergeant Christopher Biese’s body-worn camera captured the tragedy that unfolded. While trying to neutralize the situation, Houston grabbed a handgun out of his pocket and opened fire on the first responders. Biese and another officer on the scene, Paul Christensen, returned fire killing Houston. In the chaos, firefighter Mitch Lundgaard was wounded by Houston and later succumbed to his injuries, the TV station reported.

Unfortunately, this scene is becoming all too common in the world of first responders. While it’s common knowledge that firefighters’ and police officers’ jobs put them in harm’s way every day, the hazards associated with emergency medical services (EMS) often go unrecognized.

Audrey Reichard has been an epidemiologist for over 15 years in the division of safety research at the Centers for Disease Control and Prevention (CDC)’s National Institute for Occupational Safety and Health (NIOSH). She’s been studying injury rates in the EMS industry for years.

What she’s found has been eye-opening. According to her research, EMS providers sustain work-related injuries at a significantly higher rate than the general workforce. Even when compared to their counterparts in fire and police departments, injuries are comparable. In an email to American City & County, she wrote:

From two recently published papers* using data from the same emergency department (ED)-treated occupational injury surveillance system, we know that the injury rates from 2003-2014 were as follows:

“The important piece is that the injury rate among EMS providers over the years has been much higher than the rate of all occupations combined [2.1 per 100],” Reichard says. “They’ve been at higher risk for injury and incurring more injuries than the typical occupation and because of that, it makes them an area that needs more focus and more attention.”

So, what types of injuries are EMS workers sustaining? Reichard says body motion injuries – including excessive physical effort, awkward posture and repetitive movement – are the leading hazards. Others include exposures to harmful substances, slips, trips and falls, motor vehicle incidents and assaults.

Steven Kroll, chief of Delmar-Bethlehem EMS in Albany County, N.Y., isn’t surprised by these numbers. “Emergency medical responders have a lot of similar characteristics to other first responders – police departments, fire departments – we have responsibilities that require us to enter into scenes that other people would want to avoid,” he says.

That being said, Kroll says that the industry is doing everything it can to become safer. Through improved standards for workplace safety, through safer design standards in ambulances, through technological advancements and improvements to equipment, the industry is striving to protect its workers.

Departments are doing what they can to mitigate known risk factors. Reichard says employers can contribute to their workforce’s safety in several ways. Promoting safe patient-handling techniques is one and requiring proper personal protective equipment to reduce exposure to blood and body fluids is another. They can also provide training and establish policies for vehicle operation that will reduce the risks of accidents.

However, better equipment and higher safety standards cannot completely prevent the dangers of unknown hazards in the field. One area of growing concern, Kroll says, is workplace violence. 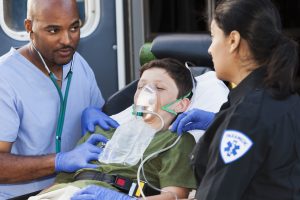 “There’s demonstrated instances of violence against EMS professionals… We walk into unknown situations every day, so we’re very concerned about workplace violence and trying to keep our professionals safe,” Kroll says.

He shares the terrible stories of a medic in New York City – a mother of five – who was run over when someone tried to steal her ambulance in 2017. A few years earlier, another EMS professional who was called out to a rural area of New York State was greeted at the door by the patient who was holding a rifle. The medic didn’t survive the encounter.

Kroll says he wishes these were isolated incidents, but unfortunately, there are scores of stories like these from across the country.

Patrick Bolzenius, a paramedic in Portland and surrounding Multnomah County, Ore., says he deals with dangerous situations like this every day and knows several colleagues who have been injured and even killed on the job. Many of the patients he deals with are experiencing severe mental health issues, and others are on drugs. Oftentimes, it’s a mixture of both that can lead to violent confrontations.

“Here in Portland, we’ve had a string of assaults on EMS. It’s crazy,” Bolzenius says. “The vast majority of people were very vocal that something needed to be done.”

Kroll says one way to solve the problem is through improved communication with police departments. “In my community, police sometimes know about known-threats in advance. They have a database on where violence has happened or where violence is likely to happen. When they respond, dispatch will give them that information.”

In Albany County, it’s standard practice for police to communicate that information to EMS. When responding to a call that’s a known threat, EMS is required to stage in the area – to not enter the scene until police arrive, Kroll says. “If they get a call that says domestic dispute, a person with a gun, we’re going to park a block away until the police secure the scene.”

Training is another powerful tool for protecting EMS professionals – particularly when it comes to situational awareness and self-defense. For example, Kroll says his employees are trained to never have a distraught patient in between them and their route of egress.

“We have been increasing our training for emergency responders to help them recognize situations that may be hazardous and how to deal with them,” Kroll says.

While it might be controversial, self-defense training is also an option. Bolzenius says his department is now requiring all of its emergency medical technicians (EMTs) to undergo professional training so they can better handle themselves if a situation becomes physical. This may be unique, however. He explained he’s unaware of other departments requiring this, and it’s certainly not a growing trend.

Finally, there’s been an effort at the local and state level to create awareness of the gravity of assaulting or injuring an emergency responder and have increased the penalties for doing so, Kroll says. New York State passed a law doing exactly that in the 2015/16 legislative session. Many states are following suit. 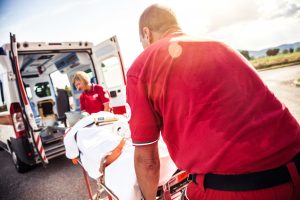 Bolzenius also encourages local leaders to financially prioritize EMS in the same way they think about fire and police – particularly if the EMS department is a division of the fire department. If funding isn’t specifically earmarked for EMS spending, it tends to never make it there, he says.

Extra funding is needed, in his opinion, to alleviate the pressures felt by small staffs and outdated equipment.

Ultimately, it needs to be understood that EMS workers provide a vital service in the community – often without recognition or the appropriate levels of support. Local leaders need to understand the risks associated with this profession and act accordingly.