Photo by Brett Sayles from Pexels 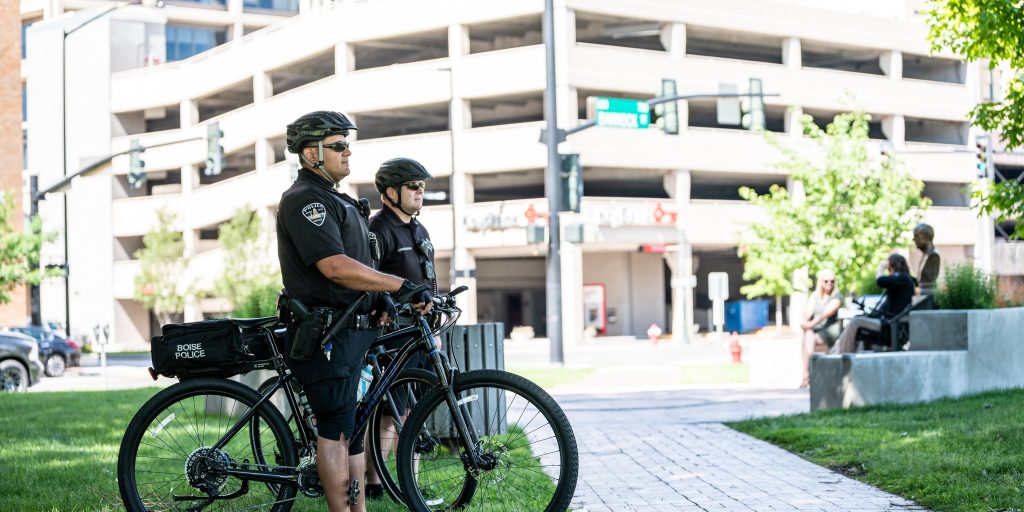 Law enforcement officials and community leaders across the United States find themselves at a crossroads when it comes to moving forward with duties to protect and serve amid calls for criminal justice and police reform.

Social unrest, inequity, the opioid crisis and the far-reaching effects of COVID have upended the public’s perception of safety and disrupted trust in law enforcement’s ability to enable it.

According to Pew Research, the U.S. has seen a dramatic decline in crime rates since the 1990s. Yet in 2020, homicides surpassed rates recorded during the high-crime era of the late 1980s and early ’90s. More than 50 cities of varying sizes across the U.S. saw an average 35 percent jump in murder from 2019 to 2020. Moreover, the CDC’s National Center for Health Statistics found that the number of overdose deaths increased more than 18 percent from the 12 months ending in June 2019 to the 12 months ending in May 2020—the largest number of drug overdose deaths ever recorded over a 12 month period.

Researchers will study for decades COVID’s effects on mental health, crime, opioids and many other things. Nonetheless, this is the landscape in which officers must protect and serve. So how will decision makers understand the unique needs of their communities and the scope of issues within police departments? The short answer is through data.

Police reform by the numbers

Before undertaking police reform efforts, it is important to understand the nuances of current police activity. Recent research indicates that violent crime makes up only about 4 percent of the total work police officers do across the country, and less than 15 percent of police work in the United States is categorized under “law enforcement”—activities like issuing citations and making arrests. That means that most of the officers’ time is spent on “community care” activities. Some of law enforcement officers’ biggest challenges exist at the intersection of public health and public safety dealing with homelessness, people in mental health crises and those suffering from addiction.

Capturing, integrating and evaluating data on officer interactions in these types of community care situations can help identify both risky and positive performance and behavioral indicators in a given officer. This includes indicators that lead to excellent job performance—and those that reveal patterns of negative behavior and bias. By capturing such details early, department leaders have a chance to intervene, prevent adverse incidents and improve outcomes, while also using these insights to refine plans for future readiness efforts.

Measuring performance with an eye on officer wellness

Nearly all police departments are tracking data on officer and overall department performance, but often that data doesn’t tell the whole story. If taken a step further, data—even when it captures seemingly mundane activities like warrants or traffic tickets—can paint a richer picture of officer and agency performance.

More detailed reporting and analysis of incident data can help set baselines and reveal patterns of behavior which can ultimately be course corrected. Additionally, leveraging data analytics technology will allow for more precise deployment of resources, since we know that well-resourced departments can increase morale among officers and ensure that officers have the tools they need to be effective.

Still, there are often missed opportunities to prevent adverse incidents before they occur. In both the law enforcement community and the general public, we have witnessed stories of police officers with long histories of violent altercations that only come to light publicly when an incident shows up on social or news media. This not only degrades public trust, but also the legitimacy of authority.

Reform efforts are showing that more police departments are beginning to implement early intervention systems (EIS), which are used to identify officers at risk of being involved in adverse incidents such as excessive use of force. While intervention systems are a start for preventing unnecessary force before it occurs, the systems fall short when it comes to using data to enable officer wellness.

Policing is one of the most mentally taxing professions there is. Tragically, this manifests as higher rates of alcohol abuse, divorce and suicide. These mutually degenerative factors can also lead to excessive use of force incidents.

To complete the holistic view of an officer, data related to the mental strain of the job should be included. Data on counseling, traumatic incidents and, where appropriate and allowed, mental health information are valuable. Of course, this is sensitive information that must be handled according to appropriate and rigorous privacy regulations. The goal of this data, first and foremost, is to help an officer in danger of harming themselves or others.

Is an officer going above and beyond with his or her community interactions? While on patrol, are they proactively checking in with business owners, community leaders, and engaging in youth mentoring programs? These are signs of dedication to protecting and serving the community that help create a complete view of an officer. It could also include assignment history, which could show what supervisors, units or locations are producing higher performing officers.

Capturing the total aggregate of negative and positive performance and then analyzing that data to determine patterns provides a foundation for true reform that fosters generational change in policing while also working to ensure officer wellness.

To effectively support law enforcement officers as well as the people in their community, decision makers must first identify, collect and combine all the pertinent data to get the facts on how their communities are being served.

The Durham, N.C., Police Department (DPD) is undertaking that journey using law enforcement technology from SAS to support transparency and improve policing outcomes, public safety and community relations. In a pilot analytics project, DPD is integrating and analyzing data in new ways to increase trust and transparency, but also identify the traits and experiences that create exemplary officers and leaders. Conducted through the SAS Data for Good program, the project will combine arrest, dispatch, complaint, training and other types of data and present insights via dashboards.

The public is demanding reform, and such transparency is necessary in reinforcing legitimacy and maintaining trust and public safety. An officer is far more than what’s in his disciplinary record. An approach rooted in officer preparedness and wellness considers the physical and mental toll of police work, along with the training, evaluations and other information that law enforcement leaders can use to recognize great performance, get officers needed support and minimize adverse incidents.

Jason Schiess has worked in the law enforcement profession for 26 years, and currently commands the analytical services division at the Durham, N.C., Police Department. He graduated from the Senior Management Institute for Police (PERF) in 2016 and is a 2020 NIJ LEADS Civilian.

Major Juan Colon is the national director for opioids and illegal drugs solutions for SAS. He spent 25 years with the New Jersey State Police, where he applied his belief in the importance of data to launching the state’s Drug Monitoring Initiative. He also served in an undercover capacity, helped implement New Jersey’s fusion center and served as a drug policy advisor at the Attorney General’s Office.