A mural painted as part of Detroit's City Walls program. Image via City of Detroit. 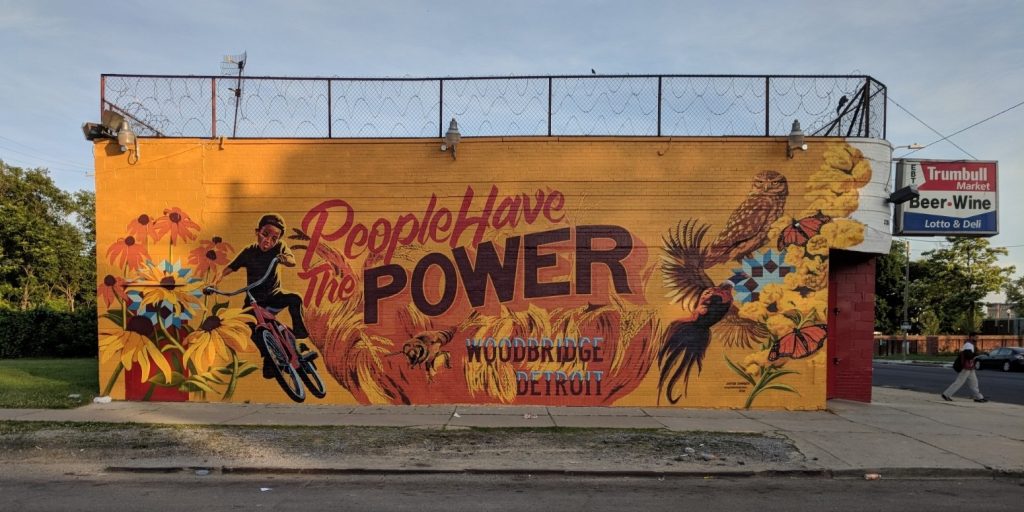 Artist Sheefy McFly, whose real name is Tashif Turner, is commissioned as part of Detroit’s City Walls program, a multi-year effort to combat vandalism with city-sanctioned public artwork, Detroit ABC affiliate WXYZ reports. The program pays artists a stipend and provides art supplies for them to create art in vandalism-prone areas, according to the Detroit Metro Times.

McFly was working on a mural on a viaduct on June 19 when police approached him, the Detroit Free Press reports. McFly, who didn’t have his city-issued permit on hand, was mistaken for a vandal.

“I told them I’m painting this mural for City Walls, and I got to have it done by Friday,” McFly told the Metro Times. “They asked me to put my hands down and everything. I’m like, ‘what’s going on?’”

McFly tried to explain his situation to police, and a city official showed up to vouch for him, the Free Press reports. However, when he walked away to check his bag for his permit, officers tried to detain him. McFly was ultimately arrested and charged with alleged resisting and obstructing police, as well as an outstanding traffic warrant.

“They treated me like a felon even though I was commissioned by the city to do this,” McFy told the Free Press.

“I felt threatened for my life. I felt like if I really didn’t keep my composure, they would’ve beat my (expletive),” he added.

Police detained McFly for 24 hours before they released him, the Free Press reports.

McFly, whose work on the mural is part of a $10,000 contract with the city to paint 10 murals, is trying to decide if he’ll finish the mural, according to the Free Press.

“I may go back next week, but I need some days to collect myself and figure out how I can be safe. I feel racially profiled and bullied,” McFly told the Free Press, adding that he’s deciding on whether to finish the mural for the city or not.