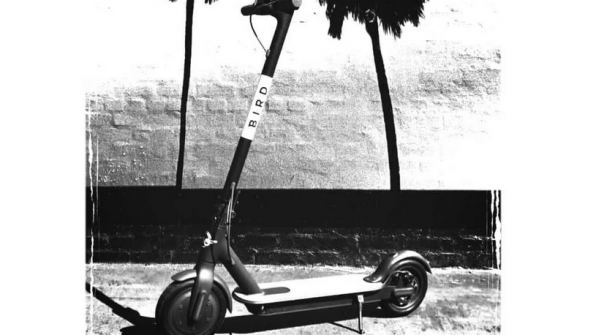 Several cities are pushing back against Bird, an on-demand electric scooter app. The company thinks its vehicles will solve first- and last-mile transportation issues, but many municipalities want regulatory framework in place before adopting the service.

Several cities are pushing back against Bird, an on-demand electric scooter app. The company thinks its vehicles will solve first- and last-mile transportation issues, but many municipalities want regulatory framework in place before adopting the service.

Bird scooters work using an app that shows a rider where the nearest scooter is located. The user then scans a QR code on the scooter’s handlebars to unlock the vehicle. They are then charged $1 to start and 15 cents per minute. Since the vehicles are dockless, they can be left anywhere for the next user to locate, a spokesperson for the company told American City & County. In theory, this creates a fleet of on-demand vehicles, but many cities are concerned with unattended scooters blocking public right of ways and unsafe riding practices.

Cleveland issued a statement hours after the scooters appeared on city streets, saying they raise “important safety issues that need to be fully explored and properly addressed with the city,” according to Cleveland.com. “Bird Rides, its agents, or customers, are not permitted to place property on the sidewalks of the City without obtaining a permit,” the city added.

Charleston, S.C., sent a cease and desist letter to the company, citing similar concerns. “Over the weekend, City of Charleston police officers observed Bird scooters that were left unattended haphazardly on the City’s sidewalks creating trip hazards and eyesores,” city attorney Steve Ruemelin wrote, according to the Charleston City Paper. “The illegal scooter rental program is creating an endangerment to the public health and safety and is further creating a public nuisance on the City’s streets and sidewalks, interfering with the right of the public to use the public rights of way in a safe and unobstructed fashion in violation of Sec. 21- 51(2) Code of the City of Charleston.”

St. Paul, Minn., has started impounding scooters but is working with the company to draft a pilot program that will be acceptable to both the company and the city. A Bird spokesperson told KMSP, the local Fox affiliate, “We are working closely with the city on their permitting process so that Bird is a reliable, affordable, and environmentally friendly transportation option for the people of St. Paul.”

The company, which launched on the west coast last year, has been adapting to the concerns cities have brought forward. As with any disruptive service, there have been hurdles, but Bird is working to make its services less problematic for municipalities. One way it’s doing so is through the Save our Sidewalks Pledge.

Bird has now committed to picking up scooters every evening to be recharged and repaired, a company spokesperson told American City & County. They’ve also dynamically capped the growth of the program based on utilization in certain cities to make sure the scooters put on the streets matches demand for their use. The company is also committed to giving a dollar a day per vehicle to the city with the intention of helping maintain current transportation systems.