Photo by CHUTTERSNAP on Unsplash 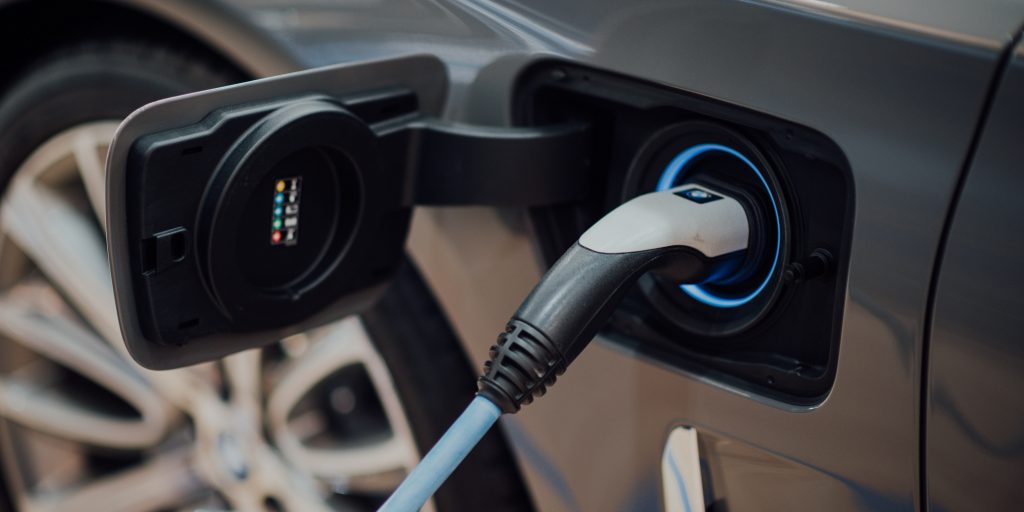 President Joe Biden has included electric vehicles (EVs) as a central pillar of his plan to rebuild America. His proposed $2.6 trillion infrastructure bill would spend $174 billion to build a clean, domestically-powered transport network built to support EVs. The president correctly sees this transformation as essential to the country’s future prosperity and security.

The shift to EVs, alongside other components of the bill, promises to be the country’s most significant public works investment in generations, if not ever. The EV proposal includes benefits for manufacturers, incentives for consumers and, crucially for city and county governments, funding to build a nationwide network of 500,000 EV charging stations, roughly 10 times as many as the country has now. Local governments have an important role in building the electric future and early adopters stand to benefit from the process.

The U.S. EV market is growing at an exponential rate. New EV purchases, negligible a decade ago, are now roughly 300,000 per year, according to the U.S. Department of Energy. By 2035, when General Motors plans to stop making gas-powered vehicles, EVs are likely to account for a substantial majority of new cars.

The shift to EVs has required major developments in two categories of technology. First, EVs had to perform at least as well as their gas counterparts. They must safely travel as far and as fast while carrying as much weight. Recent years have seen phenomenal advances in these areas.

Second, a network of charging stations must be built to power these EVs. As with the vehicles, the charging technology has come a long way. However, while cars and trucks are assembled in controlled factory conditions, the charging network must be built in environments where a myriad of factors impact the cost, complexity, timing and ultimately the scalability of the charging solutions. The building of this network creates an enormous opportunity to modernize the grid.

Aside from the project’s immense scale, supporters of new charging stations must contend with, among other challenges, permitting and power delays, lack of space, an often unreliable power grid and the slow decision-making of companies and regulators that run it. Consulting firm McKinsey & Co. estimates that $110 billion to $180 billion must be invested from 2020 to 2030 to satisfy global demand for EV charging stations, both in public spaces and within homes. Until this point, only limited financial support has been available to businesses and communities seeking to install chargers. If passed, the president’s infrastructure bill seeks to turbocharge the industry’s growth. The key challenge is delivering the power in a cost effective, convenient way that will ease consumer anxiety about the transition to EVs.

Just as EVs need to perform as well as gas-powered vehicles, widescale adoption requires EV chargers to be as convenient as the country’s roughly 125,000 gas stations. The hundreds of thousands of EVs currently on American roads depend on “level 2” chargers, which typically require eight to 12 hours to fully charge a vehicle. While this is acceptable when chargers are largely confined to homes and workplaces, to function smoothly, and to overcome consumer worries about access to fast chargers, the national charging network will have to use ultrafast “level 3” chargers, which can deliver 100 miles of range on 10 minutes of charge.

The problem isn’t generating the power, it’s getting it to the vehicles. Thanks to America’s still-abundant fossil fuel supply, and breakthroughs in renewable energy sources, the country has or can create sufficient power supply. Delivering it through an outdated grid and having the power available when and where it is needed is a more daunting challenge with high costs and extremely slow deployment timeframes. Additionally, paying for these “grid upgrades” will effectively raise the cost of electricity not only for powering vehicles but all businesses, eroding the economic basis for electrification.

The next generation of battery-integrated charging stations address these issues. By collecting and storing energy (rather than simply being a pass-through), these systems can be connected to existing power infrastructure. They can be installed and operational within hours at great cost savings. Importantly, they reduce the impact on the grid of delivering the power and enable cheaper sources of energy to be saved and deployed later, when and where vehicles need charging.

As we emerge and recover from the COVID-19 pandemic, cities around the world aim to reinvest in the economy and environment. Cities as disparate as Binghamton, N.Y., and Tulsa, Okla., have invested in EV charging stations to meet their clean energy goals, create jobs and reinvent themselves as forward-looking economic hubs. (Department of Energy programs such as the Vehicle Technologies Office and the Clean Cities Coalition Network can help with such initiatives.)

Many cities and businesses in the United States and Europe see value in associating themselves with EVs. But such rebrands, if anything, understate the profound changes to come in how EVs will alter the way we think about energy.

In the familiar gas-powered system, only a handful of giant companies can sell fuel. With the fueling market up for grabs as we transition to EVs, many businesses will use charging to drive foot traffic and attract new customers. Battery-integrated charging stations allow businesses and communities to install them quickly at a lower total cost to become an energy vendor, charging cars roughly $1 per minute. As technology advances, they will also enable owners and site hosts to offset the costs of their own energy use and have a measure of independence and resiliency from the slow to evolve electricity grid.

EVs will lead to cleaner air and healthier communities. Smart battery-integrated charging will accelerate the deployment of charging in an infrastructure-light way, and at the same time enable lower cost of energy to be used, protecting both the economic and environmental impetus for electrification. At the same time, ultrafast battery-integrated charging stations will become a cash-generating asset benefitting local governments and businesses.

Arcady Sosinov is founder and CEO of FreeWire Technologies. Prior to FreeWire, he spent almost a decade in finance and investment management. Sosinov holds an MBA from University of California Berkeley and an economics degree from Boston University.