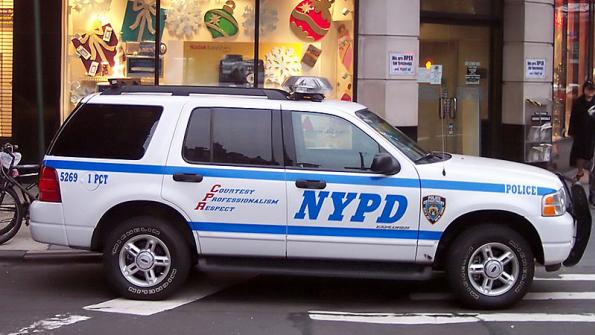 Police departments in major cities have stepped up officer presence at newsrooms across the country after a shooting in a Maryland newspaper office killed multiple people.

Police departments in major cities have stepped up officer presence at newsrooms across the country after a shooting in a Maryland newspaper office killed multiple people.

On June 28, a gunman tore through the Capital Gazette’s newsroom in Annapolis, Md., killing five people and injuring several others. USA Today reports. The gunman, who specifically targeted the newsroom, was later apprehended. Notably, the newspaper published a print edition the next day.

In response, Police in multiple cities have since sent police teams to major media outlets in their areas, according to CBS.

New York in particular contains headquarters for many major news outlets, including CBS, NBC, ABC, Fox, CNN, The New York Times, Bloomberg, the Associated Press, Reuters and Viacom, according to CBS News. Officers were seen outside the Times, ABC and Fox on Thursday night, following the shooting that day, according to the Boston Herald.

"It has become a standard practice to shift resources strategically during active shooter or terrorist events," NYPD Commissioner for Counterterrorism and Intelligence John Miller said in a statement, per CBS.

Police in Boston and Springfield increased their presence at media outlets in their respective cities as well, Western Mass News reports. Such media outlets include MassLive and The Republican.

“We want to make sure there aren’t any copy cats offenses. That’s one of the reasons the police commissioner really wanted to provide an extra layer of security for our businesses, media partners in the city of Springfield," Ryan Walsh, a spokesman for the Springfield (Mass.) Police Department, told Western Mass News.

Boston Police Department Spokesman James Kennedy noted that there were no concerns of similar threats at Boston-area media outlets, according to the Boston Globe. However, media outlets there received an extra layer of protection following the Annapolis shooting.

Similarly, police in Chicago checked in with local media outlets as a precaution, CBS reports.

"We are in real time communication with the FBI and Annapolis Police on the Maryland incident… you can expect to get a visit from a CPD tactical team officer to talk with your station security teams,” Chicago Police Department said in a statement, per CBS.

However, an additional, suspicious newsroom incident has already been reported since the Annapolis shooting. KRQE, which is based near Albuquerque, N.M., was evacuated the night of July 1, after an unidentified man entered the building twice without permission, according to The Hill. The man entered with a backpack, but he didn’t openly display weaponry.

After his second entrance, police evacuated the building, which forced the station to cancel two newscasts scheduled for that evening, The Hill reports. The man’s intentions weren’t clear, but he left the building before police could catch him.

“Everyone at KRQE is safe,” Reporter and Weekend Nights Anchor for the station Madeline Schmitt tweeted that night. “We did not go on air tonight at 9 and 10 due to a situation that involved police… Many thanks to the hard work of [Albuquerque Police]!”