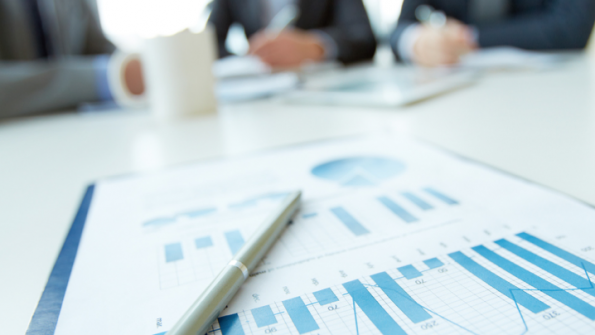 Earning a Seat at the Table

As procurement matures, the profession is finding its voice

There is an ongoing debate in this industry – should procurement be a stand-alone entity, or should it fall under the purview of the finance department? The short answer, it seems, is it depends on who you ask.

In early April, Government Procurement magazine sought to do just that. By sending out a survey to the readership, we hoped to gain insights into this issue and the factors surrounding it. After analyzing thousands of responses from hundreds of readers, valuable information has been generated that can help better quantify and qualify the issue at hand.

“The results of this survey shed light on a variety of issues related to the ongoing discussion as to whether or not procurement should be its own entity,” Bill Wolpin, Government Procurement’s editorial director says. “Exploring this topic in a data-driven way highlighted the importance of the discipline and its continued maturation.”

The first important item to note is that about 45 percent of respondents said their procurement departments functioned independently from their organization’s finance department, while 55 percent said procurement is under the umbrella of finance. However, given the sample size and audience, Taylor Adams, finance operations administrator for Virginia Beach, Va., thinks that figure might be a little skewed. He would guess the number is closer to a 50/50 split, which makes the conversation even more interesting.

“This is a discussion that is ripe for us to have,” says Adams. “The public-sector practitioners in this field are split on how it should be.”

Buffum agrees that the conversation is worth having, and says that while the survey figures offer a snapshot, he feels as time goes on and the procurement industry grows, more departments will become independent. “As procurement operations become more professional and strategic, it will move into a cabinet-level position,” he says, although there have been recent instances of independent municipal departments being folded into finance departments.

This debate has been going on for years and is strengthened by the fact that different departments have different needs. Taking a very simplistic view of the issue, at smaller organizations it would not be efficient or feasible to establish a standalone department when the small amount of purchasing, HR and risk management functions may all be performed by one person, Don Buffum, director of procurement and contracts for Mississippi State says. In larger organizations, a stand-alone department makes more sense.

However, the conversation and disagreements continue. “There will always be a debate because there is no clear answer,” Buffum, who’s agency stands alone, adds. However, one thing is clear in his mind – however, the agency is organized, in order for procurement to add value to an organization, it needs to have a seat at the table.

“The general concept is that if you look at abilities to impact an organization, the lower you are in the organization the less impact you can have. If you believe – as I do – that procurement is a primary function of government, it needs to have a voice.” Buffum says. “If it doesn’t, it becomes is a clerical task of ordering pens and pencils.”

To Buffum, purchasing and finance are two separate functions of an organization and serve separate needs. In theory, if purchasing is a standalone department, they are at the table with the other cabinet-level departments when discussing the organizations budget, mission and future.

“If procurement is to be a separate entity, it gives that department the opportunity to bring greater value to the organization by sharing their expertise and knowledge of the marketplace and other issues that directly impact other parts of the organization,” according to Buffum. “By putting the procurement department under finance, their role tends to be diminished.”

Adams agrees that under a finance umbrella, its difficult for procurement to stand out as a unique profession. “Procurement [under finance] is going to have to move more proactively to establish procurement as a profession and not a clerking function – to move away from the tactical aspects of the job,” he says. If a procurement department stands alone, Adams says it allows the right professional better opportunity to build the future of the profession.

However, Adams believes that there are benefits to be gained from having a procurement arm within a greater finance department. “For one there are efficiencies that can be gained within the organizational structure,” he says. “Also, you have a broader pool of candidates from which you can cross-train and offer people opportunities to advance… If we’re trying to recruit top talent and give them full careers, within the broader function of finance I think we offer a better opportunity to do that.”

Additionally, Adams says even if procurement functions as a stand-alone department, it can’t be removed from the greater finance ecosystem. “You can never fully remove the accounting responsibilities from the [procurement] function,” he says. “To know what we’re buying and to be able to track and manage our spend, we have to get the accounting piece correct, because that’s going to govern how we pay it. There’s no way to really remove one from the other.”

It’s this distinct skillset procurement offers that make their perspective valuable, says Buffum. The survey appears to agree with this sentiment. Approximately 60 percent of respondents to the survey said their agency has a defined set of skills for procurement officials while only 22 percent say their governments have defined skills for finance.

“My assumption would be that Procurement, historically is easier to define,” Buffum says. Finance is a little harder to pin down because it involves so many different branches. If procurement is within finance, “what other tasks are under finance, and how can you define a single set of skills for all of these areas?” Buffum asks.

Adams agrees that often procurement involves skills that fall outside the finance realm, but it matters how and where those skills are expressed. “If you’re at a public agency where procurement really is a public administration/policy focus that is most heavily dependent on legal frameworks and public processes, then you probably are leaning more towards a stand-alone department,” he says. “On the other hand, if you view the skills to do the job as most closely identified with business finance and supply chain management then it becomes a lot easier to place procurement within finance and find a successful home for it… it depends on how the individual organization values the skills that are required to do the job.”

It comes down to a matter of perspective, Buffum says. “It depends who the bosses are, whether it’s the mayor, the legislatures, the governors, city councilmen, boards of supervisors, or finance people – do they see value in public procurement? It’s up to our profession to do a better job of telling our story so that we can explain to people why procurement is important.”

Buffum says that at the individual level, this means procurement professions who may not have a lot of clout in their organizations should be looking for small wins. “I should be showing my superiors what we could do differently to save money and create value,” he says. “It’s a matter of people in procurement positions doing the research and finding potential successes and pushing them up the ladder. People need to stand up and say ‘Hey, I have a new idea.’”

However, Adams says this won’t be handed to anyone. Procurement professionals need to justify this autonomy and earn their voice. “If procurement people want to be viewed as professionals in the workplace, you have to be willing to deliver more value to the organization than that of a clerk or that of a process monitor.”

This means being able to speak the same language as that of the accountants, of the risk managers, of the human resources professionals, Adams says. This will mean committing to learning negotiation skills and investing in delivering what is the best value for the public organization. “Procurement folks have to invest in the skills that professionals within the organization have to earn that respect and earn that seat at the table,” he says.

*Editor's note – a previous version of this story incorrectly identified Taylor Adam's offical title. The error has been corrected.