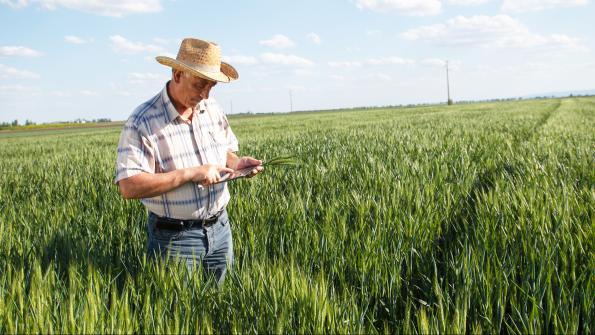 There have been many on-again, off-again moves to provide broadband services to those living in rural areas of the United States who do not have access to or cannot afford Internet connectivity. State programs existed, funded by federal grants, some of which have survived and some disappeared along with the funding. But rural America now has an opportunity to work with, and add to, the Nationwide Public Safety Broadband Network, FirstNet.

A recent study in Arizona showed a number of businesses would relocate to rural areas with sufficient workforces if the areas weren’t lacking broadband coverage. It has also been reported by Connect America, a group under the direction of the federal government, that areas that deploy broadband services are more likely to keep businesses already located in their area.

FirstNet, by law, is required to provide broadband services to all public safety agencies including those in rural areas. Further, spectrum that is licensed to FirstNet can be, by law, used for secondary purposes by the vendor. This is one of the keys to moving forward in rural America, but it will take partnerships, coordination, and a passion to finally help cross the digital divide once and for all.

Understand that even with the FirstNet mandate to provide coverage for rural public safety agencies, there are still many rural areas where the network will not be able to provide adequate coverage simply because of the economics involved. However, the combination of FirstNet, fiber, and microwave circuits penetrating rural areas leads to the possibility of expanding FirstNet coverage not only for public safety but for use by businesses and citizens living and working in rural areas.

To connect in rural areas, the best practice is to establish public/private partnerships such as FirstNet. AT&T and some of its rural cellular carrier partners are the private part of the equation and FirstNet represents the public portion. This model can be extended in a number of ways. First, in addition to the requirement for FirstNet to build out rural broadband, there are at least fifteen different federal grants as well as some state grants available to assist in bringing broadband to rural communities. However, until now, the biggest impediment to implementing rural broadband have been that many people currently involved in the process seem to believe fiber to the business and home is the only way to deploy broadband. It turns out that hybrid systems (fiber and wireless) are more economical and can serve more residents and businesses when there is a lack of cohesive leadership within the community.

In an area where broadband is not available, one of the first issues to be resolved on a local level is who or what groups will become champions for rural broadband. In some areas, this will turn out to be a single individual dedicated to bringing services into an area, sometimes it will be a group already formed to obtain funding, or the local government can become involved. Bringing different aspects of the community together would help the process. Public safety, other governmental users, rural telcos and power co-ops, medical, educational, and those already working on economic development should be encouraged to become part of the solution.

Next is to change the conventional wisdom usually found within these organizations that fiber to the home or business is the only option that should be considered. More people can be served with the same amount of funding if fiber is used to carry high-speed data to and from a town, a small city or a county. From that point to end-user wireless service customers, either licensed or unlicensed wireless can be successfully deployed. Services provided by this type of hybrid system may provide the same speeds as fiber, but speeds in the multi-megabyte-per-second range, which is more than rural customers have today, can also be provided.

By local leaders leveraging FirstNet along with federal and state grants, rural communities have the opportunity to move broadband forward and to make use of fiber, microwave and wireless broadband systems, some using licensed and some using unlicensed spectrum. This combination of services can be deployed area-by-area, with the best combination of grants and the best private partners to get the job done. Partners include FirstNet/AT&T, rural cellular networks and co-op-power companies that already serve rural America and want to use fiber down their right-of-ways along with wireless connectivity to their customers for load balancing and meter reading as well as broadband and other services. All these organizations have a common goal: broadband services for both themselves and their customers.

Using the FirstNet wireless broadband base is a great place to start. Augmenting the network through local, state and federal grants, funding and investments can provide much broader coverage than when a community tries to build out its own broadband services from scratch. Extending services to educational facilities and surrounding communities will also enable students to be able to access broadband services when they are at home, provide telemedicine to remote medical facilities, and much more. Every community that has one or more broadband service providers is constantly finding new ways to help their community stay current, grow, and expand. Beyond FirstNet, there are federal grants from a multiplicity of agencies including the Federal Communications Commission, United States Department of Agriculture, Department of Housing and Urban Development and the Department of Commerce. Some grants are outright grants while others are very low-rate interest loans.

Local leadership in states, cities, counties, small towns, and villages, as well as tribal areas, have a great opportunity to join forces with FirstNet and to use the network as the lynchpin of a much broader initiative to drive broadband in rural America. It takes hard work and an understanding of what pieces and parts need to be put into place to help further the goal of providing rural broadband.

Andrew Seybold is the CEO of Andrew Seybold, Inc., a consulting, and educational firm serving the wireless community and its customers since 1991. In addition, Mr. Seybold publishes a weekly blog entitled The Public Safety Advocate which can be found at allthingsfirstnet.com.