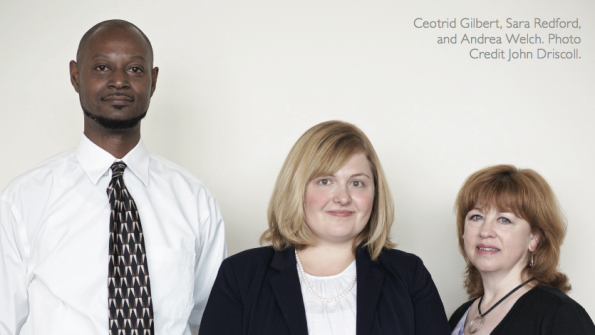 The Evolution of Wisconsin’s IT Procurement Best Practices Playbook

Wisconsin’s Bureau of Procurement recently won a George Cronin Award for Procurement Excellence for its IT and negotiation practices.

In 2016, the State of Wisconsin Bureau of Procurement won a George Cronin Award for Procurement Excellence from the National Association of Procurement Officials (NASPO). The bureau received the Cronin Silver Award for its IT Procurement Best Practices Playbook and was a finalist for its negotiations training. But they weren’t separate achievements.

Sara Redford, the Enterprise IT Sourcing unit’s supervisor now, and Welch developed a prototype training and grew the course into what it is today: a one-day class, with role playing and a simulated negotiation. The class uses the widely-accepted win-win model of Fisher, Ury and Patton’s Getting to Yes. The course explores team negotiation strategies in the context of common procurement scenarios like requests for proposals, contract execution, and contract renewals. The course breaks the negotiation process down into its processes: planning, strategies “at the table,” and closing. The course includes countering persuasion tactics like authority ploys, good cop/bad cop, and deception.

The original idea evolved. Redford received a request from the regional NIGP affiliate, the Wisconsin Association for Public Procurement. Redford was asked whether she could conduct training about best practices in IT procurement. Much from the negotiations class was borrowed for the presentation. When I asked Redford about the origin of the class’ eventual theme, Playbook, I could virtually sense a smile. After all this was football-crazy Wisconsin!

The request from WAPP came at the same time the National Association of State Chief Information Officers (NASCIO) was collaborating with NASPO on identifying needed reform to IT procurement practices. Among the concerns, IT staff was not used effectively in negotiation. The Playbook training reinforced the importance of teamwork and good customer service. It told the IT procurement professionals’ side of the story. And it was fun!
When I noted the common themes between the negotiations and IT Playbook classes, Redford’s eyes virtually lit up. “Negotiation is a big part of IT procurement.” Gilbert came from the private sector in IT procurement and brings an IT perspective to negotiation. Likewise, Welch had a prior assignment in the Division of Enterprise Technology.

One of the IT class plays is the importance of talking to customers early and often. Now there are monthly strategy meetings with management in the Division of Enterprise Technology. On new RFP projects, there are early planning meetings. The unit also meets periodically with the business units of the IT division so the procurement office can better understand the financial aspects of the division’s planning cycle.

Another play, named “karma chameleon,” advises procurement professionals to satisfy the roles that customers require. One role is facilitator. Welch is trained in facilitation and finds the facilitator role spot on. A facilitative approach is especially useful in diffusing perceptions of being overbearing or infringing on others’ expected roles. Gilbert builds on the idea of roles, concluding, “There has to be a clarity of roles between IT project managers and procurement.”

The Playbook teaches very progressive supplier strategies, including capitalizing on the relationships with vendors. According to Redford, there has been resistance from some procurement professionals who draw a bright line between the procurement office and vendors. She dispels common myths by pressing course attendees to find the actual laws and regulations that underlie some of the folklore about what exactly can be done in procurement. What do the laws actually require?

Other plays emphasize the necessity keeping a watchful eye on negotiations, a principle that shows up in both the Playbook and negotiations classes. The state has experienced unplanned internal conversations occurring in front of the suppliers. Often a strong relationship is developed through prior contractual relationships, but once a new sourcing project is undertaken, there needs to be some professional distance. Yet, the training places importance on informal information gathering such as vendor roundtables, even one-and-one meetings with vendors up until a solicitation is published.

The negotiations training has received rave reviews. Redford was asked to present a webinar about the Playbook to NASCIO members. Redford, Welch and Gilbert also presented two one-hour webinars to a national audience of NASPO membership that can be found on YouTube.
The Playbook project has improved customer relationships. Where before IT requirements were well down the road to development before the procurement office was contacted, now there are more face-to-face meetings and better planning. What started as a kernel of an idea for a negotiations class evolved into powerful, innovative learning reaching state procurement and information technology offices nationally.

Richard Pennington, J.D., LL.M., CPPO is general counsel to NASPO ValuePoint. He is the author of Seeing Excellence: Learning from Great Procurement Teams.