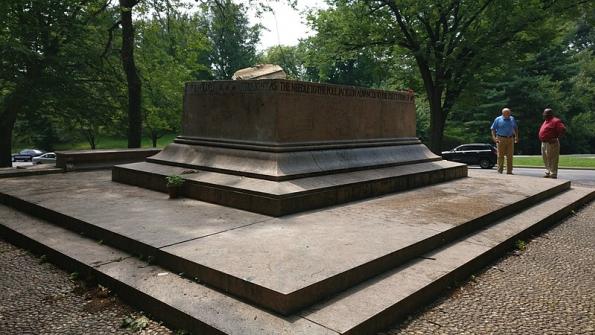 Spearheaded by cities after Charlottesville, Confederate monuments come down

Ripples from the Charlottesville, Va., violence and tragedy have been felt as cities have subsequently removed or are considering the removal of Confederate monuments in their jurisdictions.

Ripples from the Charlottesville, Va., violence and tragedy have been felt as cities have subsequently removed or are considering the removal of Confederate monuments in their jurisdictions.

After one person was killed and several injured following an alt-right led protest against removing a Confederate monument in Charlottesville on Aug. 12, many cities denounced the white nationalistic rhetoric witnessed at the rally. Since then, cities have used several concerns to justify removing Confederate monuments in their communities.

Two days after the Charlottesville violence erupted, Madison, Wisc. Mayor Paul Soglin voiced his and other mayors’ desire “to send a firm united message that hate and violence have no place in our public square” through a statement. On Aug. 17, he ordered the removal of two Confederate monuments in the city’s Forest Hills Cemetery on Aug. 17, according to the Wisconsin State Journal. The monuments consisted of a plaque and a larger statue that commemorated fallen Confederate soldiers.

“Taking down monuments will not erase our shared history. The Confederacy’s legacy will be with us, whether we memorialize it in marble or not,” Soglin said in a statement. “We are acknowledging there is a difference between remembrance of history and reverence of it.”  He added that little to no disruption occurred in the cemetery as a result.

Quelling potential disruption has proved to be another reason for cities to remove such monuments. The Helena (Mont.) City Commission charged its city manager with removing a Confederate memorial fountain in the city, the Helena Independent Record reports. City officials noted the urgency with which the fountain should be removed.

“I believe that if the fountain remains in the park there will likely be a confrontation where high emotions coupled with strong beliefs spill over into violence,” Helena City Commissioner Dan Ellison said at the commission meeting, per the Independent Record.

“They needed to come down,” Pugh said, per the Sun. “My concern is for the safety and security of our people.” Pugh added that officials haven’t yet decided what would ultimately be done with the monuments.

Unwanted national attention also has been used as a reason for removing the monuments. On Aug. 15, St. Petersburg, Fla., officials removed a highway marker that acknowledged a highway named after Confederate general Thomas “Stonewall” Jackson, according to the Tampa Bay Times.

“The plaque may not have elicited the same attention or emotions as the offensive statues and monuments that glorify the Confederacy, but that’s no reason for it remain on public land and serve as a flashpoint in this national debate,” St. Petersburg Mayor Rick Kriseman said in a statement to the Times.

Several government leaders have voiced opposition to removingConfederate monuments in the wake of the Charlottesville tragedy. Maine Gov. Paul LePage likened the action to taking down the 9/11 monument in New York, according to CNN. “How will future generations learn if they are trying to erase history? That’s disgusting,” LePage told Portland, Maine, radio station WGAN, per CNN.

President Donald Trump has also publicly denounced the removal of Confederate monuments, saying that while one can’t change history, they can learn from it.

“Sad to see the history and culture of our great country being ripped apart with the removal of our beautiful statues and monuments,” Trump tweeted on Aug. 17. “… Also the beauty that is being taken out of our cities, towns and parks will be greatly missed and never able to be comparably replaced!”