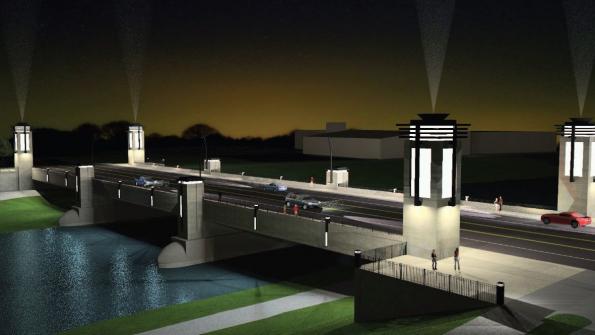 In Dayton, Ohio, the mayor sees a bright fiscal future, thanks to voter approval of a municipal income tax increase.

In Dayton, Ohio, Mayor Nan Whaley is optimistic about city finances and future municipal projects. “Thanks to the generosity of our residents, the city of Dayton was able to pass an eight-year, 0.25 percent income tax levy to support a massive residential road resurfacing program, park improvements, and the hiring of additional patrol officers.

Mayor Whaley (photo to the right) says the levy’s passage will enable the city to invest in future generations. “The levy will also provide needed financial support to our youngest citizens by providing high-quality preschool citywide. Research has shown that by investing in early childhood education programs, municipalities are able to reap long-term gains in its workforce development.”

Mayor Whaley says that throughout 2017, Dayton will continue to leverage its tax dollars with other state, federal and private sources to address the city’s infrastructure, facility and equipment needs. The mayor adds that the city will explore ways to work smarter and leverage technology to provide high-quality services to the community.

One infrastructure project underway in Dayton is construction of a new bridge over the Mad River in downtown Dayton, just north of Monument Avenue. The new $10.1 million span is funded largely by state and federal sources and replaces a 100-year-old structure. The span will feature wider sidewalks, observation decks and enhanced lighting. Estimated completion of the bridge: December 2017. There’s a designer’s rendering of the span at the top of the page.

Whaley tells GPN that for the past several years, there has been a growing demand for active urban lifestyles in her city, and that her administration aims to meet residents’ needs. “Attributes like walkability, diversity, and urban authenticity are hallmarks of this growing trend. The city will continue to be a proactive partner in leveraging legacy assets such as once-empty factories, inspired architecture, and vibrant community space. City initiatives, she adds, will promote Dayton’s live, learn, work and play environment.

For the U.S. as a whole, value of non-residential construction, including highways, airports and other public works projects should reach $281.77 billion in 2017, which is just a little more than 2016 spending of $281.75 billion. The estimate is from ConstructConnect’s Q2 2017 “Construction Starts Forecast Report.”

“At present, we expect no departure in highway/transit/public works construction in the second half of 2017 versus what has occurred in the first half, says Alex Carrick. He is Chief Economist at ConstructConnect. “With all that is going on in Washington at the political and investigative levels, the promised and hoped-for infrastructure program has no traction for 2017. Maybe 2018 will open the door to a fresh start.” ConstructConnect is a provider of construction information and technology solutions in North America. Carrick’s photo is to the left.

Contact the author at michael.keating@penton.com if you want to purchase an extended version of this report that contains research data, poll results from our audience and more.