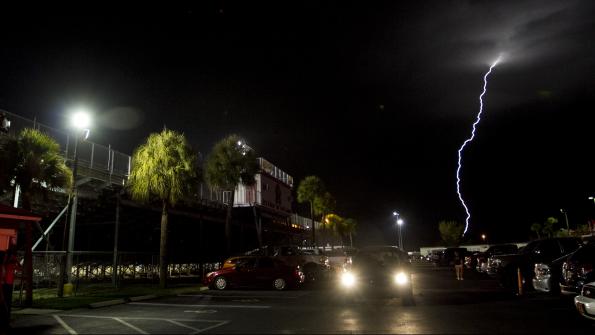 Cape Coral deployed Earth Networks’ automated Outdoor Alerting Systems (OAS) across 17 city public parks in December 2015 to address its status as having the second highest number of lightning strikes among all U.S. cities.

Last year, Cape Coral, Fla., had the second highest number of lightning strikes among all U.S. cities. This means that severe weather is always top of mind for city officials responsible for the public safety of residents and visitors — particularly in outdoor recreational areas such as public parks. For individuals and families who gather at public parks, advance warning of severe weather is critical to having sufficient time to seek shelter.

To address this challenge, Cape Coral deployed Earth Networks’ automated Outdoor Alerting Systems (OAS) across 17 city public parks in December 2015. The technology provides an advanced warning system to detect when lightning is approaching; it enables park managers to better manage weather threats. The technology delivers a high-decibel signal, alerting park visitors to seek shelter when lightning is detected in the area. It helps ease the burden on citizens as they make difficult decisions when lightning is an imminent threat. The manufacturer’s Total Lightning Network (ENTLN) powers the OAS. It claims that it is the world’s largest lightning detection network with more than 1,200 sensors in more than 40 countries.

“For Cape Coral residents and Floridians in general, lightning and severe weather is always a threat, which means that we need to go above and beyond to help protect residents by leveraging the most proven, advanced lightning detection and alerting technology available,” says Art Avellino, Athletic and Revenue Superintendent for Cape Coral.

●      Superior Detection System: Differentiating cloud-to-ground from in-cloud lightning is critical for assessing storm development and the potential for severe weather. The system is capable of detecting both in-cloud and cloud-to-ground lightning.

●      Simple Implementation: The system is compact with no moving parts and is interfaced with modular connectors.

●      Real-Time Dashboard: The system includes a real-time dashboard that displays the current alert status information including connection, active alerts, last stroke time and distance and a countdown timer with the estimated time to the All Clear. This allows city officials to track the lightning threat and keep their users informed of the situation.