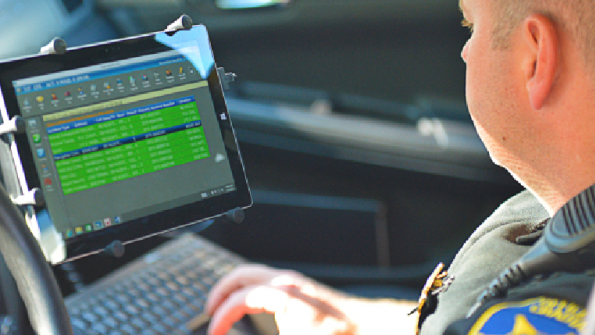 The “Internet of Things” holds enormous potential for cities and counties across America. Connecting data-rich items – such as computing devices, machines and grids – stands to improve efficiencies and enhance productivity in the sector.

Specifically, this concept holds much promise for our nation’s first responders, who often operate in a mobile environment and benefit from having real-time, actionable information at their fingertips when they are responding to an emergency. However, despite advancements in consumer-based technologies, today citizens with smart phones may have more advanced communication capabilities than many police officers or firefighters have on their work-issued devices.

That is a key driver behind the creation of the First Responder Network Authority (FirstNet), an independent organization that is working to modernize the country’s communications network and bring new broadband devices to our nation’s police, fire and EMS personnel. Established by Congress, FirstNet’s mission is to ensure the deployment of the first nationwide, interoperable wireless broadband network for public safety users in all states and territories.

Once operational, the FirstNet network stands to transform the way first responders communicate, providing them with access to high-speed voice, video and data over a prioritized, reliable and hardened mobile connection. FirstNet’s network will be interoperable across disciplines and state lines, addressing a longtime communications challenge affecting first responders from different jurisdictions and agencies.

Further, just as more items are being connected through the Internet of Things, the FirstNet network stands to link more first responder data sources, such as their gear, emergency vehicles, fingerprint scanners and databases. This will enable them to share real-time data and process the information for instantaneous viewing and improved situational awareness in the field. This should be thought of as the “Internet of First Responder Things.”

For more practical examples, consider how sensors could be embedded into a firefighter’s protective gear to track his or her location within a burning building and measure vital signs. Imagine how a connected ambulance could provide a paramedic with real-time information on traffic conditions to ensure the fastest route to an emergency scene with wireless location information sent from a dispatcher. Moreover, paramedics could relay life-saving information from the field to the hospital via real-time vital signs and a two-way video interface with the doctor in an emergency room.

On the law enforcement side, backup units could automatically be deployed to a scene based on live information coming from officers in the field from body-worn sensors.

The possibilities are endless for public safety personnel with access to a reliable and prioritized broadband network. The FirstNet network will be a force multiplier, bringing state-of-the art technology to law enforcement officers, firefighters and paramedics across the country.

FirstNet’s primary focus now is to ensure the network meets the needs of its future users: first responders. Since its inception, FirstNet has worked closely with representatives of the public safety community and state officials to understand their communications challenges and needs. Last year, consultations took place in almost every state and territory, and the information gathered has informed FirstNet’s proposed plans for deployment of key pieces of the network. This dialogue will continue as FirstNet moves closer to bringing the network online and beyond.

There are a number of opportunities for cities to get involved in the transition to the nationwide public safety broadband network. City officials may contact their state’s Single Point of Contact (SPOC) for FirstNet to learn more about how the network can improve first responder communications in their communities. A list of state contacts can be found at firstnet.gov.

In addition, cities are encouraged to participate in upcoming FirstNet discussions held in their states, including consultation activities, key governance body meetings and other discussions about how FirstNet will be deployed.

The FirstNet network stands to be a game-changer for public safety, helping increase the efficiency and effectiveness of emergency response by supporting better situational awareness during an incident. In addition, the interoperable nature of the network will improve daily communications for the public safety community – enabling better interagency information-sharing and coordination.

As cities and counties throughout the country continue to think about getting “smarter” by utilizing the Internet of Things, FirstNet looks forward to working with them to bring the best solutions to their public safety community. Click here for more information.

By TJ Kennedy, president of FirstNet.