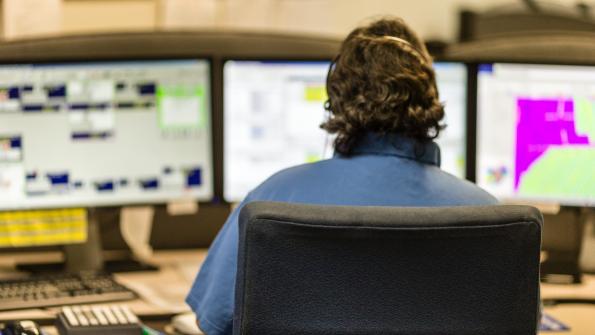 Today, this system provides residents with multiple ways to reach 9-1-1 and it serves as a lifesaving solution when calling is not an option. The setup offers text-to-9-1-1 capabilities, which gives the hard of hearing and speech impaired the ability to call and communicate via text for help. It provides an option for those in danger who cannot speak, such as hostages or victims of domestic abuse.

“Now the hearing-impaired and voice-impaired residents who used to rely on cumbersome teletypewriter devices can use their cellphones to text 9-1-1,” says Kirk Stropes, deputy director, E-911 Communications, Kershaw County. “We had a message from a disabled citizen who needed assistance and another one from a woman who heard shots and didn’t want the gunman to hear her. She was able to text us from her bedroom.”

The dispatch system was installed in two phases. First, the analog system was replaced with an Internet Protocol network, and in the second, new equipment was installed. “It was a very seamless switchover,” says Stropes.

For Kershaw County, the system will also pave the way for better voice capabilities, photos, video and crash notifications from the public. For Stropes, next generation 9-1-1 will enhance the safety of citizens and save lives — his number one priority.