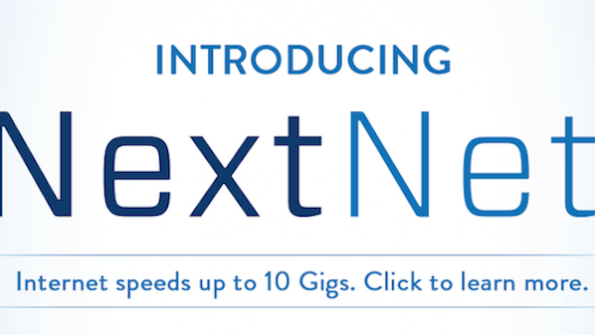 Chattanooga, Tenn.'s municipal utility EPB recently announced its offering of its citywide, 10-gigabit fiber network, which will be available to residents and business owners.

Chattanooga, Tenn.'s municipal utility EPB recently announced its offering of a citywide, 10-gigabit fiber network, which will be available to residents and business owners.

Five years ago, Chattanooga became known as Gig City, since it was the first U.S. city to build a community-wide fiber optic network. The ultra-fast 10 Gig Internet service now will offer the next level of ultra-fast Internet speeds to all of EPB’s 170,000 customers, Harold DePriest, president and CEO of EPB, said in a statement. Those customers can have access to the 10-gigabits-per-second speeds for $299 per month.

In addition to the $299 10 Gig network access, EPB is launching other 5G and 10G Internet products for small businesses and 3, 5 and 10 Gig professional products for larger entities at varying price points, DePriest said.

Mayor Andy Berke considers his city's development of the first, community-wide 10 Gig network as an opportunity to enhance the innovation and productivity already taking place at the government, business and residential levels.

“Chattanooga is a city ready to compete in the 21st Century innovation economy,” Berke said in a statement. “The 1 gigabit service has already played a pivotal role in transforming our city, attracting new businesses and providing our residents with affordable high-speed connectivity. The 10 Gig offering will continue to grow wages, diversify our local economy and propel Chattanooga as a center for technology and invention.”

According to a University of Tennessee Chattanooga study, the city’s fiber optic network has helped Chattanooga and its surrounding areas generate 2,800 new jobs and more than $865 million in economic and social benefits. EPB’s smart grid, which is the crux application for the utility’s community-wide network, has also allowed residents and other customers to avoid nearly 124 million minutes of electric service interruptions by automatically re-routing power services, preventing outages, the UT Chattanooga study states.

The first residential customer has not yet been named, but Hamilton County Mayor Jim Coppinger said he foresees benefits for his county.

“Fiber optic broadband is a powerful tool for education,” Coppinger said in a statement. “Giving more people faster access to the world of information is one of the best things we can do to ensure educational and economic competitiveness for our citizens.”