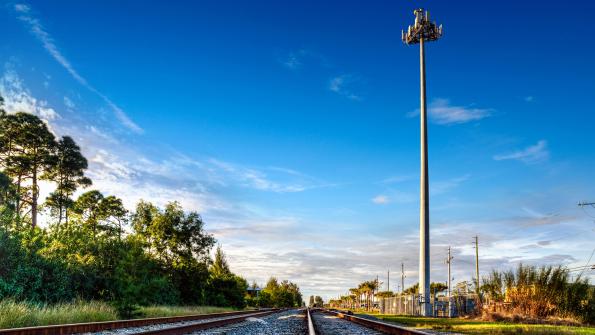 Parallel Infrastructure, a national developer, owner and operator of telecom towers, seeks out underutilized public land for its towers.

While cellular service providers have worked on expanding their coverage over the years, the constantly growing number of cell phone users has created a need for larger network capacities in more places. At the same time, as next-generation 911 communications emerge, municipalities are experiencing a greater need for telecommunications infrastructure.

Parallel Infrastructure, a national developer, owner and operator of telecom towers, has devised a solution. Ed Myers, the vice president of Strategic Initiatives and Business Development for Parallel, explains how. “We work with a county to say we’d like to put up a tower, and we’d like to put it up on a county-owned piece of property,” he says.

For the use of the land, Parallel agrees to a lease for the land and pays rent to the county. The company then builds their tower, and the county also collects tax revenue off of this capital improvement. The company proceeds to lease these towers to cellular providers such as AT&T and Verizon, among others. Myers says, “We’ll do up to a 50 percent revenue share, so if we’re leasing our tower for $2,000 a month, we would share back $1,000 of that revenue with the county as long as we use county property for that tower.” (Average percentages for revenue sharing ranged from 35 to 50 percent, according to Myers.)

In some cases, municipalities are allotted space on these telecom towers for their emergency communications infrastructure, and in other cases, they are able to lease that space back from the company for this purpose. Myers notes that when cities and counties use their towers, “It saves them on capital cost. A single tower might cost us $275,000 to $300,000. For a new fire and rescue network, if you need ten towers, that’s $3 million not paid out of a capital budget.”

What benefits do the underutilized land offer Parallel? “We try and select sites that are already zoned as designated for telecom tower use or at least have industrial mixed-use zoning. Otherwise, per the local zoning and permitting processes, we have to obtain a variance in order to construct a tower,” Myers says. Avoiding variances saves the company the cost of legal representation and potential resistance from county residents who tend to dislike zoning changes, but, more importantly, leasing properly zoned land saves the company time as obtaining a variance can take anywhere from six months to two years.

What else is the company looking for in potential tower locations? “The county may own land beside a trail or park where there could be coverage or capacity holes the cellular community may be trying to fill. There are populations moving along that corridor as well as in the surrounding residential areas in the nearby mile or two. [We’re looking for] those kind of locations,” Myers says. He notes that they do their best to integrate the tower design into the existing environment with some disguised as flag poles, light posts or even trees.

Myers says that he would like to see a reformation of the zoning process, which only addresses larger towers designed for coverage. “The height requirements for networks are coming down a bit, and now, towers are only required to be 50 or 60 feet tall. Many times, the coverage is there, and we are addressing capacity issues…Rent and revenue payments have to become proportional to space and use requirements. Otherwise, it becomes cost-prohibitive to deploy telecom infrastructure.”

Myers also says that he would like to see a process for standardized wireless infrastructure development. Currently, when the company approaches a local government, its procurement team is required by law to create a request for proposal (RFP). The specificity of the RFP, which varies from place to place, determines the number of responses and the time it takes to make a decision. By the time one is reached, though, the opportunity may be gone. “The market can’t wait as long as it sometimes takes governments to respond.”