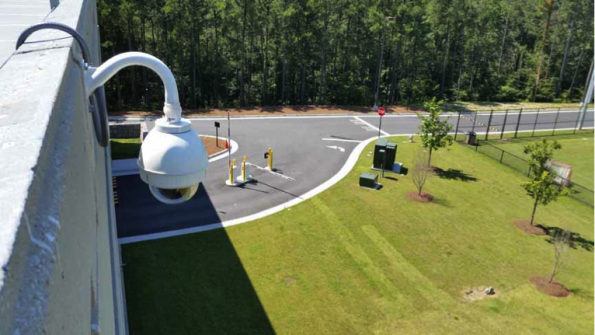 Operation Shield is an initiative of the Atlanta Police Foundation and the Atlanta Police Department (APD) that enables APD officers to monitor video feeds from public and participating private sector cameras in emergency situations.

Operation Shield is an initiative of the Atlanta Police Foundation and the Atlanta Police Department (APD) that enables APD officers to monitor video feeds from public and participating private sector cameras in emergency situations.

Participating organizations include the Georgia Aquarium, the CNN Center, Hartsfield-Jackson International Airport, and over 150 schools in the Atlanta Public School System (APS).

A main driver for the Operation Shield project is to help police, fire and other emergency professionals better assess, communicate and prepare for a situation prior to arriving at the scene. OnSSI’s Ocularis video-centric PSIM (physical security information management) software aids in providing enhanced situational awareness to first responders.

When an alarm is triggered at a participating school, officers in the APD are able to view live and recorded video to assess the situation and determine what, if any, response is needed. During a response, dispatchers can deliver updates based on live video to first responders.

“The ability to relay real-time situational awareness about what is going on inside a school to those in the field not only improves the effectiveness of the response but also ensures the safety of both first responders and those who are inside the school,” says the APD’s Lt. Leanne Browning. “The added capability to push live video to our mobile command vehicle and allow those in the field to control the cameras and move them as needed is an even more powerful tool for mitigating the situation as quickly and safely as possible.”

The system has also proven effective in non-emergency situations, as the school system and police department have been able to capture video of break-ins and identify individuals involved in incidents. The system has also been credited with solving an ongoing problem at Atlanta’s public schools. Prior to implementing the system, several schools faced a number of copper thefts from schools’ HVAC systems.

“The mere presence of cameras with motion detection capabilities and increased lighting in previously vulnerable areas has reduced the number of thefts dramatically,” says Tony Hunter, Chief Information Officer for the APS.

For Atlanta, the program has created a collaborative environment that improves law enforcement awareness and event response. Operation Shield was implemented in mid-2014.