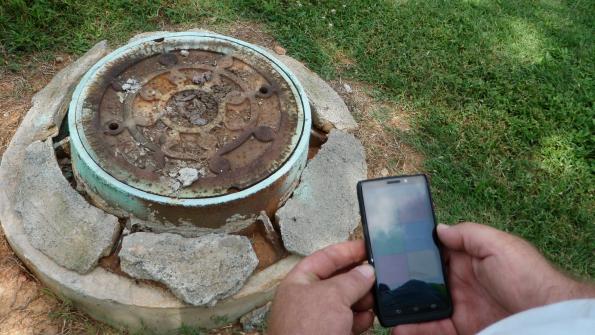 When Asheboro, N.C., selected Mobile311, FacilityDude’s GIS and mobile mapping system in 2008, reducing sanitation fuel expenses was the goal. The decision ultimately helped the city reduce its sanitation budget by 68 percent, with the efficiency savings coming from not just reducing fuel consumption but also the number of trucks and man-hours.

When Asheboro, N.C., selected Mobile311, FacilityDude’s GIS and mobile mapping system in 2008, reducing sanitation fuel expenses was the goal. The decision ultimately helped the city reduce its sanitation budget by 68 percent, with the efficiency savings coming from not just reducing fuel consumption but also the number of trucks and man-hours.

Prior to using the new system, sanitation trucks were making waste and recyclable pickups at every Asheboro household two times a week. Additionally, brush trucks and bulk trash trucks would go street-by-street looking for waste items to remove – a process that could take from one to three weeks to complete.

Now city employees can tap an icon on a touch-screen mobile device installed on each truck to mark the GIS location of every bulk waste item, pile of rubble, brush, or any other waste location in need of pickup. Using smartphones with the app, other city employees can also document and geographically tag site conditions.

City workers can see work orders in real time to plot the most efficient route. In addition, routes that used to take five days are now completed in two, freeing up resources to provide support in other areas.

Since the success in sanitation, Asheboro has expanded its use of Mobile311 to snow removal and storm cleanup, which has helped streamline FEMA reporting and requirements. Asheboro expanded its use of the product to storm cleanup and outfall mowing in 2014. The city was using Mobile311 for snow removal before 2014. Other uses include sign and street light inventory and sewer and wastewater management. All of the uses rely on the system’s breadcrumbs, tagging and photo features.

The local police department also is using Mobile311 to track graffiti issues. According to the Asheboro Public Works Director, David Hutchins, the city is continuing to find new ways to leverage the system for mobile work order and field efficiency.