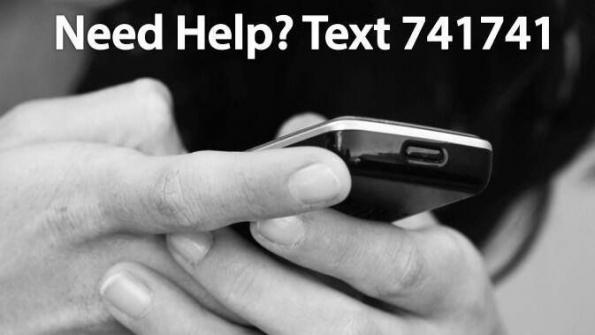 A national text hotline has received more than 7.2 million text messages from individuals in crisis. The National Emergency Number Association’s Trey Fogerty applauds the organization’s vision and details the takeaways for the 911 community.

Crisis Text Line, a round-the-clock crisis-counseling hotline, has found success communicating with millions of people facing calamity — from domestic violence to suicide — through text messaging, giving the 911 community a sense of the possibilities that would accompany successful next-generation 911 implementation.

Nancy Lublin, CEO and founder of DoSomething.Org, launched the crisis text line in August 2013 in El Paso, Texas, to address some of the gaps in crisis communication for individuals uncomfortable with making calls to other hotlines or calling 911, said Baylee Greenberg, Crisis Text Line Director of Operations. So far, almost 7.3 million text messages have been sent through Crisis Text Line in all 295 area codes in the country.

“We’re reaching an entirely new subset of people,” Greenberg said during an interview with American City & County. “People who would never pick up the phone, because they can be overheard, because they stutter from anxiety, because they're deaf or talking on the phone doesn’t feel comfortable.”

Those factors speak to the urgency of text-to-911 implementation for public-safety answering points (PSAPs) across the country, said Trey Fogerty, director of government affairs at National Emergency Number Association (NENA).

“The model adopted by Crisis Text Line definitely foreshadows what we see to be some of the possibilities for 911 in the future,” Fogerty said. “Even within the existing 911 ecosystem of agencies, it’s possible that [in addition to] specific types of communication — text specialist PSAPs, telecommunicators, video communicators—we may see even those that specialize in types of issues, like suicide. The flat IP-architecture of NG911 allows for all these specializations in ways that would not have been possible in the past.”

NENA’s members and Crisis Text Line staff have been collaborative as the hotline has developed, Greenberg said, noting that “the team at NENA have been a great sounding board.”

On average, 20,000 texts come through daily to the text line. Several times per day, crisis counselors utilize their lists of 10-digit, 24-hour PSAPs contacts when circumstances rise to an emergency level, Greenberg said. About 30 percent of Crisis Text Line’s texters are dealing with suicide or depression. Domestic-violence victims also have utilized the hotline. To ensure privacy for those victims, major mobile carriers- AT&T, Sprint, Verizon and T-Mobile – have removed the hotline’s short code from user’s records. The mobile carriers also opted to waive text message charges for the hotline and those that use it.

​“For people in these situations, phones are lifelines,” Greenberg (pictured left) said. “Carriers waiving fees is the human thing to do. It’s lifesaving.”

Fogerty said the passionate tech and counseling team at Crisis Text Line offers a foundation for the future of text-to-911, with the benefit of “having a new generation of folks looking at emergency response” and an interest in “getting it right.”

In an effort to fine-tune the text hotline, NENA members have consulted with Crisis Text Line staff about enhancing technology for callback and location capabilities, Fogerty said.

“In instances where there is specific and deep training on certain issues like suicide prevention, there can be a place for responsible technology providers in the emergency-response ecosystem as an additional option, but maintaining and expanding capabilities of 911 is our critical first ask,” Fogerty said.