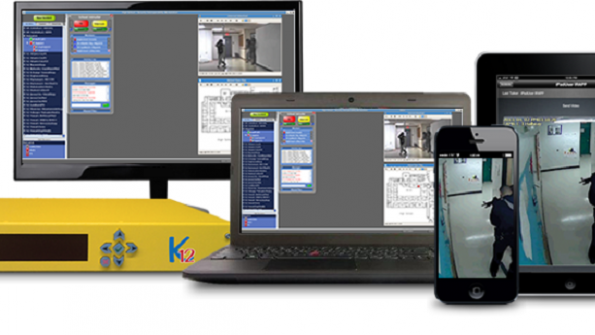 Mutualink gave a demonstration of its school safety system at the National Association of School Resource Officers (NASRO).

A study released by the FBI in September of 2014 identified 160 active shooter incidents which occurred between 2000 and 2013, and out of these, 39 took place in educational environments. These events resulted in 486 deaths and 557 people who were wounded.

The FBI also noted that a majority of these events were resolved through actions taken by the shooter rather than by law enforcement. This could be because so many of the incidents ended so quickly. Out of 64 occurrences which had ascertainable length, 44 were over in less than five minutes leaving little to no time for professional intervention.

Mutualink, a communications firm dedicated to interoperability, got involved with school safety when they made an observation with the potential to save lives. Joe Mazzarella, senior vice president and chief legal counsel for the company, stated that the standard measurement of effectiveness for active shooter incidents has been law enforcement's time to respond to and resolve an incident.  "The reality is over 15 years or more we've found it's really about time to resolution, because that's what determines how many lives are saved," he said.

According to Mazzarella, resolution times are directly affected by the information first responders receive regarding on-going incidents and the locations they take place in. Mutualink saw an opportunity to reduce the length of these resolution times by utilizing the existing camera and communication systems which are already in place in educational environments.

The technology platform features a smart panic button, which is an application that can reside on any mobile device. Initiation of this panic button requires a definitive unlocking gesture as well as a secondary confirmation to be made by the user. Once activated, the panic button provides 911 dispatchers with immediate access to school radios, phones and mobile devices to communicate with people at the scene of incidents. The activation also provides real-time security camera footage to the emergency dispatcher. The dispatcher then gives access to these communication channels and this real-time footage to emergency responders arriving at the scene.

However, access to these communication channels and cameras is not continuously available to police departments. "The only time video is shared out of a school is when a school decides it’s time to be shared,” he said.

By simultaneously providing various emergency agencies with the same information regarding on-going incidents, commanding officers and executives are able to make more intelligent decisions and are better able to evaluate the amount of aid needed according to Mazzarella.

Mutualink recently took part in a demonstration of their school safety technology on the morning of Tuesday, July 7 at the National Association of School Resource Officers (NASRO) Conference in Orlando, Fla. in conjunction with the Orlando Police Department and the University of Central Florida. Jeff Kelly, Mutualink’s field training coordinator, described the demonstration as a simulation of a panic button response, which is intended to allow attendees to see the program’s potential.

Kelly also noted that engagement exercises are available to keep users familiarized with the technology. Additionally, required training for the program is light. “People in crises – they don’t happen at police stations, they happen everywhere else – are not dispatchers, so we designed it to be as simple and intuitive to use as possible,” Mazzarella said.

The school technology is available as an Interoperable Work Station (IWS), which requires installation costs, or through existing remote devices such as smart phones and tablets. Both choices come with an annual fee.

Mutualink is claiming a 40 percent reduction in response-to-resolution times based on exercises they have performed in schools utilizing the technology, and based on the FBI’s statistics on the length of these incidents, it’s clear that time is crucial. Mazzarella added that he was thankful Mutualink’s time-reduction claim had only been verified through exercises so far.