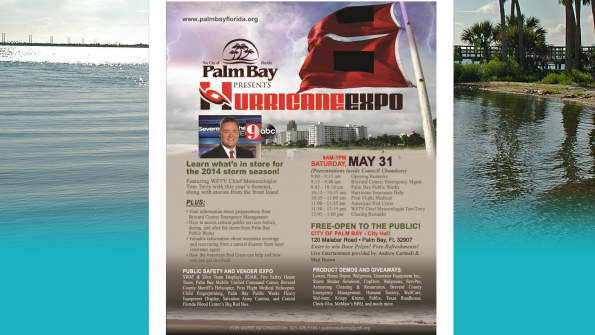 Local government websites are first line of defense in emergencies

In times of crisis, information from an authoritative source promotes calm and control. Increasingly, public officials are recognizing the value of local government websites to communicate quickly with citizens when disaster strikes.

In times of crisis, information from an authoritative source promotes calm and control. Increasingly, public officials are recognizing the value of local government websites to communicate quickly with citizens when disaster strikes.

“In an emergency, uninformed citizens can become part of the problem,” says Palm Bay, Fla., public information officer Yvonne Martinez. “They can drain emergency resources when they require rescue because they were unaware of potential hazards. Having a website where people can get all the information they need is priceless.”

Palm Bay was one of several municipalities located in Hurricane Alley to tap Vision Internet last year to enhance or develop new websites. The site work boosted their ability to communicate with residents in emergencies. Another city that upgraded its site was North Port, Fla.

“We use as many tools as possible to communicate with the public and educate them on emergency preparedness,” Martinez says. “The more informed they are, the better prepared they will be when faced with a natural disaster. Our city’s website is the official clearinghouse and one-stop portal for everything the public needs to know.”

Palm Bay’s website shows residents where to seek shelter, and how they can get food, ice and water when power is cut off. It also connects the public with recovery resources, provides contact information for assistance, identifies road closures, evacuation routes, potential hazards and other critical information.

North Port, Fla.’s community outreach manager, Erin Bryce, credits the company’s content management system, visionCMS, with an ability to instantly change the face of its site, which can be invaluable in emergency situations.

“In my arsenal of website tools, I have several online banners, predesigned and ready to go, in case of a hurricane, tropical storm, flooding, traffic disaster or wildfire,” Bryce says. “With visionCMS, it only takes a couple of clicks to add the homepage emergency banner. The eNotification system also sends any news update we publish directly to our subscribers.”

The sites have been in operation for a year or longer. As these two agencies have learned, in the midst of chaos, having a website designed and ready to give citizens the information they need to stay safe and put their lives back in order is more than a convenience… it’s a necessity.