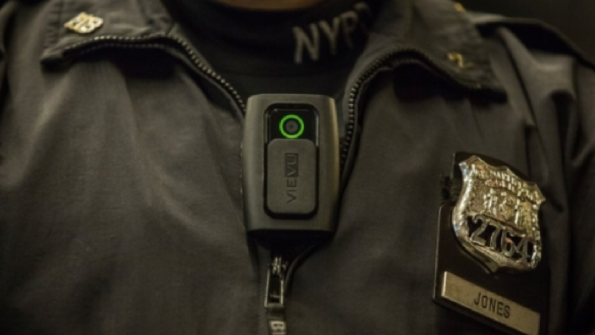 The pros and cons of body-worn cameras

Some police departments are praising the use of body-worn officer cameras, while others are hesitant about the devices' legal and security ramifications.

In what officials are calling a “win-win” for the department and city residents, the use of body cameras by San Diego police officers has led to fewer complaints and less use of force by officers, according to a city report released last week.

Since the pilot program started in 2014, complaints have dropped by 40.5 percent and the use of “personal body” force by officers fell 46.5 percent. Officer’s use of pepper spray was reduced by 30.5 percent, according to a report released by the Police Department for the City Council’s Public Safety and Livable Neighborhoods Committee.

Currently 600 officers are using body cameras, and by the years end the department plans to have nearly 1,000 officers equipped, including patrol, motorcycle and gang-unit officers, according to The Los Angeles Times.

Deputy Chief David Ramirez lauded the practice. “Body-worn camera technology is a win-win for both the officer and the community,” he said in the report.

However, not every city is as enthusiastic about the adoption of the practice. Three months ago, Boston Police Commissioner William Evans said he had concerns about using body cameras.

“No one’s going to want to approach us and say, ‘Hey, they’re dealing drugs over there,’ or, ‘Hey, I got a tip on that shooting,’ because they’re afraid they will be on camera,” Evans said in an interview with TV station WBZ.

Mayor Martin Walsh echoed this sentiment at the same time. He told The Boston Globe “[Body cameras] aren’t going to help with the fundamental problems between community and police.”

He felt that adopting a new technology would not solve the significant problems between police departments and communities.

“We have to have a lot more discussion around race and racial issues,” Walsh told the paper. “It’s not one that people want to have and people would rather forget about, but we’re not going to forget about it in Boston. I made a commitment to have that conversation, and we’re going to have it.”

The Boston Police Department issued a statement, saying it was not dismissing the idea of cameras, “but recognizes the need to flesh out the details to determine if the cameras will help the department in achieving its goals.”

For more coverage on the body camera issue, click here and here, and be sure to weigh in on the issue in the comments section below.